What about recycling for solar PV?

With a target of 100 GW, India has made no plans for disposal of e-waste that the solar sector will generate 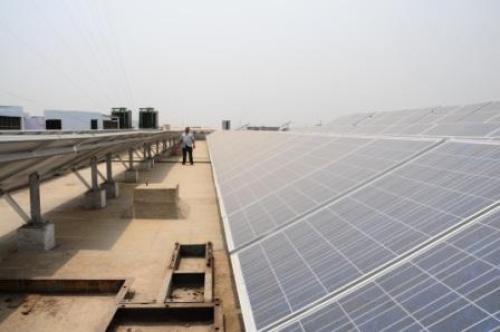 Solar power in India received the much-needed boost through the Jawaharlal Nehru National Solar Mission (JNNSM) in 2010. It is safe to assume that the majority of solar installations in the country were set up after that and the end of life for already-operating solar panels would happen after 2035.

This is one of the reasons why no one is thinking about what will happen to solar panels once they are not able to generate power. The question is how will India dispose 100 gigawatt (GW) worth of solar panels in the next 20 years? Assuming that an average panel is sized 250 watt, 100 GW will amount to almost 7.76 million tonnes of e-waste (77.6 lakh tonnes to be exact) at the end of a lifetime (25 years) of a solar plant.

The Ministry of Environment, Forest & Climate Change (MoEF&CC) notified the E-Waste Management Rules, 2016 in March this year. The rules were developed from the E-Wastes (Management and Handling) Rules, 2011.

However, none of these policies include the methodology for proper disposal of solar cells. Prakash Javadekar, the former environment minister, said during the release of the rules, “17 lakh tonnes of e-waste is generated every year in India, with an annual increase of 5 per cent of generation of e-waste”.

In June 2011, the Research Unit (LARRDIS) in the Rajya Sabha Secretariat came out with a paper titled E-waste in India, in which it was clearly specified that “there are several pollutants occurring in solar cells and parts which include arsenic, chrome, lead and cadmium in batteries”.

However, even in the context of Hazardous and Other Wastes (Management and Transboundary Movement) Rules, 2016 no details were specified regarding solar cells and modules.

The Ministry of New and Renewable Energy (MNRE) believes that the onus of disposal of solar PV cells and modules rests with developers. In the guidelines issued for grid-connected solar power projects under JNNSM, there is a clause for disposal of solar panels.

It states that “the developers will ensure that all solar PV modules collected from their plant after their ‘end of life’ (when they become defective/non-operational/non-repairable) are disposed off in accordance with the ‘e-waste (Management and Handling) Rules’ notified by the government and as revised and amended from time to time”.

I P Singh, the director of MNRE, said, “At one point in time, the ministry was looking to do a research and development project on the recycling of solar PV cells and modules, but the project could not come to fruition. Right now, there are no rules or directives from the ministry in this regard.”

There is no mandate in the rules which the ministry is referring to in respect to solar PV specifically at the moment. 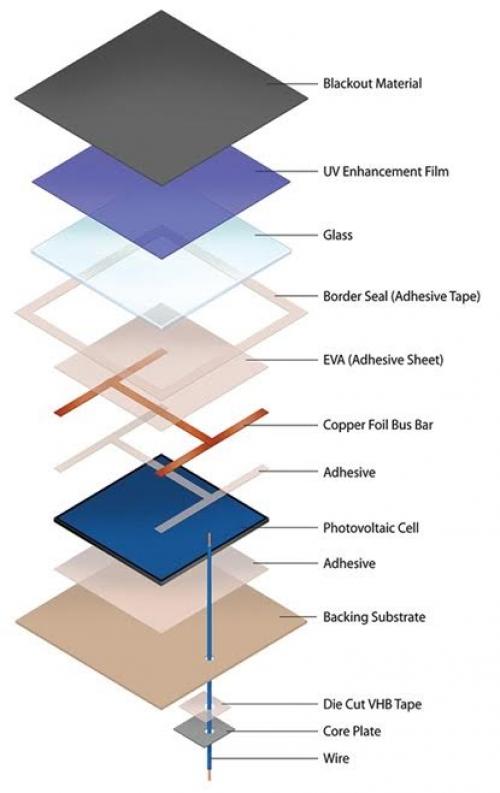 Although solar energy is termed as “clean” energy, it is important to understand that it cannot be necessarily deemed as “green”. This is because even though miniscule compared to other conventional sources of energy, there is an environmental impact of solar energy which cannot be ignored.

Solar energy is land intensive and maximum exposure and attention have been paid to this aspect of solar power. Since the major issue of e-waste being accumulated will only come after 20-25 years, there has not been much focus on how to manage the amount of e-waste that the solar industry will generate.

The three principles of waste management are the 3R—reduce, reuse and recycle. Since India has already decided to install 100 GW of solar power, reducing e-waste is not an option. That leaves us with the recycling option.

Apart from a Tamil Nadu-based company, Poseidon Solar Services, there are currently no other company to recycle solar PV photovoltaics (PV) cells in the country.

Indian manufacturers do not make solar cells in the country, they just assemble them. So, there is a lack of demand for recycled silicon wafers in India. This may be one of the reasons why many companies have not delved into this industry. Moreover, the solar PV recycling industry is capital intensive. This can also act as an impediment for lack of investment in this sector. Posiedon Solar refused to speak to Down to Earth in this regard.

Solar recycling is a cumbersome process because of the involvement of various elements in a solar panel. The front cover of the panel usually consists of glass, the frame is made of aluminum and there are various synthetic materials used to hold the silicon cells in place. Substances such as ethylene-vinyl acetate, polyvinyl butyral and/or polyvinyl fluoride are used in solar panels.

There are also solar cells either made of silicon or cadmium telluride and other metals such as lead, copper and gallium. Extracting these elements individually is an expensive and tedious process.

These materials have to be separated and recovered with minimal damage and loss of material for reuse in the production of solar panels. Fortunately, recycling technology is available for such extraction process with maximum efficiency.

The solar PV recycling industry is prevalent in western countries. In Europe, there is an international PV industry programme called “PV Cycle” that has been set up to address the recycling issue for solar power.

It was introduced in 2009 and is a first-of-its-kind large-scale dismantling facility for end-of-life modules. Recycling PV modules ensures that cadmium, which is considered a pollutant, is reclaimed and used again in new PV modules now and in the foreseeable future. The programme recycles 95 per cent of the materials used in non-silicon based modules and almost 85 per cent of silicon-based modules.

In the United States, companies such as Abound Solar, First Solar, and Suntech have stated that they design their panels with end-of-life in mind. First Solar has a prefunded collection and recycling programme for solar PV cells and modules that they install. A trust structure has been set up to guarantee funds available for recovery and recycling regardless of the financial status of First Solar.

However, the fund was discontinued. The company reuses up to 95 per cent of the semi-conductor material in new modules. Abound Solar has a “cradle-to-cradle” programme. They reclaim both tellurium and cadmium from its modules at end-of-life and reuse the materials. Over 90 per cent of Abound Solar’s components are recycled.

Suntech uses easy to recycle, non-resource-constrained materials to ensure that the materials at the end of life of the panels can also be recycled and reused.

The Indian experience today is limited only to damaged solar modules that are returned by developers or are not fit to be used because of manufacturing defects.

Some of the developers claimed that these kind of solar modules were returned back to the manufacturers and this clause was part of their procurement contract.

On request of anonymity, one of the senior management of developers which has commissioned 700 MW of solar PV power plants in India said, “Our vendors had an agreement to collect all unusable modules, either broken during transit or installation, or otherwise. The contract that we had with the international vendors also had conditions for taking them back after the guaranteed life (as guaranteed by the manufacture) was over.” Most developers were reluctant in sharing information regarding their vendor contracts.

K N Subramaniam, chief executive officer, Moser Baer Solar, a solar PV cells and manufacturing company, said “We have a well-defined procedure to handle scarp and e-waste (at end of life) of PV modules covering both crystalline silicon and thin film amorphous silicon. This waste and scrap is sold to scrap dealers at the end of cycle.” Moser Baer was also part of the “PV Cycle” when it was an exporter of panels to Europe. But as exports dropped in recent times, the membership was discontinued.

Companies like First Solar have entered the Indian solar market. They brought in the practice of designing panel with end of life. The company provides the same module specifications to all our customers globally.

Sujoy Ghosh, country head, First Solar, said, “We are the only module manufacturer, who actively promotes an end-of-life recycling solution. We provide this as an option to the owners of the module as compared to any other alternate options that they may employ for end-of-life disposal of PV modules.”

Renewable energy has always faced criticism that in the haste of accomplishing new challenges, issues related to sustainability of projects are not thought of.

The solar manufacturing industry itself is not thinking in terms of cradle-to-grave approach since their concern mostly is competing with Chinese technology that has flooded the market. There is a lack of clarity on the take-back policy of these Chinese modules that are being abundantly used in India.

When module and cell-manufacturing companies are not doing the recycling themselves, there is a scope for a separate industry to develop around PV recycling.

However, there are pertinent issues in the beginning for the recycling industry. Since there are not enough defunct panels in the markets, right now it does not make financial sense to do business. But it has to be realised that the metals and other elements used in solar panels are precious and these should be extracted and reused because in the future these materials will become scarce and expensive.

In the west, PV recycling is gradually becoming an industry that only earns marginal profits. It will take time for a new industry to do stable business. But the question is did India think about the negative impacts of renewable energy when it announced ambitious targets? Does the country have a waste management plan for the 77.6 lakh tonnes (within the limited calculations) e-waste that will be generated in the form of used-up solar panels?

Ghosh answered the question by saying, “There are adequate best practices available in the EU and the US which we can refer to and define our own standards. We would sincerely advocate for the Ministry of New and Renewable Energy to step in and evaluate the appropriate standards and implementation/enforcement mechanisms which should be part of the PPA documents.”