At Rs 4.34 per unit, Fortum Energy has quoted India’s lowest ever tariff for electricity in Rajasthan’s solar auctions, trumping the previous lowest bid of Rs 4.63 in Andhra Pradesh 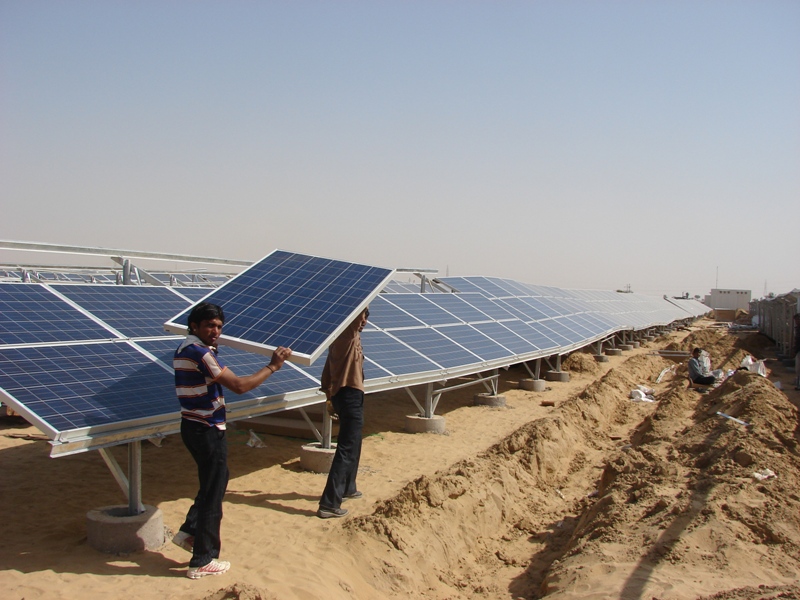 This week, Indian power utility NTPC Limited announced the results of solar bids for six projects of 70 MW each in Rajasthan. The bids saw Finland-based company, Fortum Finnsurya Energy, quote Rs 4.34 per unit of electricity produced at one of the projects, the lowest ever for electricity from solar in India.

Other winners included Rising Sun Energy and Solairedirect (each with two projects with a bid of Rs 4.35 per unit) and Yarrow Infrastructure which quoted a tariff of Rs 4.36 per unit. The projects will be set up in Bhadla Solar Park-II near Jodhpur in Rajasthan.

Taking the Central Electricity Regulatory Commission benchmark cost of Rs 5.87 crore per MW, the total investment in the projects would be of Rs 2,466.79 crore. "The Rajasthan bids have achieved the lowest tariff due to higher capacity utilisation factor (CUF) and lower land costs," said Anjali Rattan Nashier, CEO, Rattan India Solar, in a statement. Rattan India bid through its subsidiary Yarrow Infrastructure for one of the 70-MW projects.

The fact that land procurement and transmission infrastructure would already have been taken care of in the Bhadla Solar Park was a huge incentive for these solar bids. Vinay Rustagi, managing director of solar consultancy Bridge to India, said the provision of assured land may have made the difference. "The winning bidders are mostly international players. It shows that despite the falling prices, they feel they are getting the best projects possible because the solar parks are being provided by the government,” he said.

“Bhadla in Jodhpur district has the highest solar radiation in the country," added B K Dosi, managing director, Rajasthan Renewable Energy Corporation. According to National Institute of Wind Energy, Global Horizontal Irradiance (GHI) of the park is 2010 kWh/m2 per year.

Power minister Piyush Goyal tweeted, “Through transparent auctions with a ready provision of land, transmission and the like, solar tariffs have come down below thermal power cost.”

NTPC will procure and bundle solar power from these parks with coal-based power generated from its older plants to keep the resultant tariff low. The lowering of solar prices would make renewable energy more attractive to distribution companies since they can buy power and fulfill their renewable purchase obligation, mandated under Electricity Act, 2003, without incurring extra costs. Lower cost of generation will also attract consumers who feared that more and more renewable energy in the energy mix of the country would cause electricity prices to go up.

Mercom Capital Group, which reports on developments in the sector, however raised concerns over the decline in tariffs. “Project costs include those of solar modules that take up half the investments. But the fall in solar module prices do not match the rate of decline in tariffs,” it told news agency Press Trust of India (PTI).