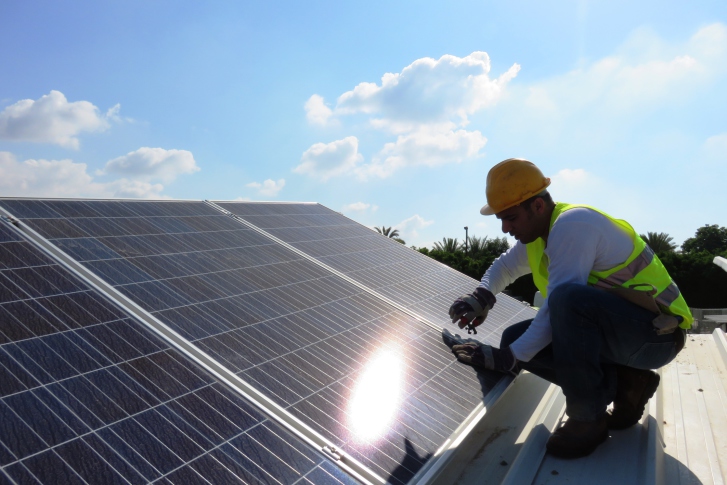 Three years after the US filed a complaint stating that the domestic content requirements (DCR) in India’s solar mission were against trade agreements signed by both parties, the World Trade Organization (WTO) has given a final decision in favour of the complainant.

In September 2015, WTO had ruled against India stating that DCR violated international rules of import. India had appealed against the decision and WTO was expected to give a final decision this month. There were also indications of a resolution of the dispute through talks between both countries.

Dan Whitten, vice president of communications for Solar Energy Industries Association (SEIA) has called the WTO ruling a step in the right direction. “It will hopefully remove any obstacles to a constructive US presence in India’s solar market. The WTO dispute settlement panel’s decision will clear the way for significant and rapid deployment of solar energy in India and can create jobs at home,” he said in a statement.

Was the dispute worth the trouble?

In the second phase of the Jawaharlal Nehru National Solar Mission (JNNSM), India announced three batches of solar power projects. In the first batch, 50 per cent of 750 MW was supposed to be under the category of DCR. In the second batch, the share came down to 33 per cent (500 MW out of a total allocation of 1,500 MW) and in the third batch, it was further reduced to 10 per cent (only 200 MW out of 2,000 MW under DCR). The total component of DCR was 1,075 MW of solar installation as of September 2015.

The new guidelines released for Batch-IV of Phase-II released earlier this week for 5,000 MW do not specify the allocation for the DCR category. Hence, the entire dispute is over 1,075 MW, which under the scheme is a miniscule 0.0175 per cent of India’s ambitious target. Moreover, all states which have introduced their solar policies have not included the DCR clause. The entire solar market is open to all countries to participate and prosper in.

Who was not playing by the rules?

Chandra Bhushan, deputy director general, CSE had said, “The US has been dumping subsidised solar power panels in India. It is browbeating India to further the interests of its own solar companies. It is the US which should be made answerable at the World Trade Organization.” Bhushan argued that the US Exim Bank and the Overseas Private Investment Corporation (OPIC) have been offering low-interest loans to Indian solar project developers on the mandatory condition that they buy the equipment, solar panels and cells from US companies.

In February 2014, the then commerce secretary Rajeev Kher had also asserted that around 13 states in the US had restrictive policies to protect their local solar panel manufacturers. States such as Connecticut, Delaware, Massachusetts and Minnesota have a subsidy programme for local content requirement, and, hence, can be accused of skewing the markets in favour of domestically manufactured goods as well.

The ruling is significant as it comes at a time when Prime Minister Narendra Modi is pitching for foreign investments and setting up of manufacturing centers in the country under the “Make in India” campaign. The fact remains that the modified special incentive package scheme (MSIPS), introduced in July 2012, provides a capital subsidy of 20 per cent in Special Economic Zones (SEZ) and 25 per cent in non-SEZs for units engaged in electronics manufacturing. Many solar manufacturing companies would be keen to avail of the subsidy which is available for 10 years.

It is clear that the WTO ruling against India will not have any significant impact on the 100-gigawatt (GW) target that India has set for itself. DCR was never considered the prime focus of solar development in India. The Indian manufacturing capacity of solar cells and modules is limited to 1,386 MW and 2,756 MW respectively and only 297 MW for cells and 1,304 MW for modules are under operation. The decision, however, goes against that spirit of the intention agreed by both India and the US to promote clean energy and expand solar energy initiatives in both countries.