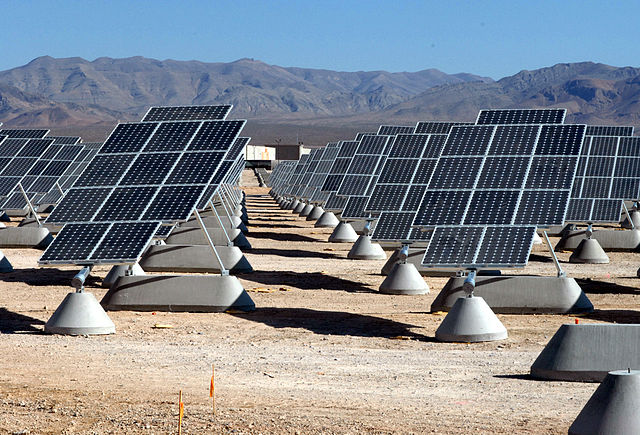 The verdict was, however, expected as WTO had also ruled against local content requirements of Ontario’s Green Economy and Green Ecology Act (GEA) in 2013 on grounds that they were discriminatory towards imports. DCR mandates that both solar cells and modules used in a power plant are manufactured in India.

In June this year, WTO had ruled against the Indian ban on import of poultry meat, eggs and live pigs from the US, stating that it was not consistent with international norms.

On February 11, 2014, the US had filed a second complaint against India and the second phase of its National Solar Mission at WTO. It said India's programme violated trade agreements between the two countries by restricting US companies from doing business in India. The complaint alleged that the DCR mandate put into place by India discriminated against US exports and favoured Indian manufacturers of solar panels and cells.

In the second phase of the Mission, India announced three batches of solar power projects. In the first batch, 50 per cent of 750 MW was supposed to be under the category of DCR. In the second batch, the share came down to 33 per cent (500 MW out of a total allocation of 1,500 MW) and in Batch III, it was further reduced to 10 per cent (only 200 MW out of 2,000 MW under DCR).

Condemning the US’ complaint last year, Chandra Bhushan, deputy director general of Delhi-based non-profit Centre for Science and Environment, said, "The US has been dumping subsidised solar power panels in India. It is browbeating India to further the interests of its own solar companies. It is the US which should be made answerable at the World Trade Organization."

Bhushan pointed out that the US Exim Bank and the Overseas Private Investment Corporation (OPIC) had been offering low-interest loans to Indian solar project developers on the mandatory condition that they buy the equipment, solar panels and cells from US companies. This distorted the market completely in favour of US companies.

India’s commerce secretary, Rajeev Kher, alleged that the US itself is following restrictive policies for its local solar panel manufacturers in 13 of its own states by running a subsidy programme for local content requirement, primarily in the states of Connecticut, Delaware, Massachusetts and Minnesota.

WTO itself recognises the concept of public procurement. It states, "Government agencies often purchase goods and services with public resources and for public purposes to fulfill their functions and sometimes to achieve other domestic policy goals, such as the promotion of specific local industry sectors or social groups. Such purchases are generally referred to as government/public procurement."

However, it failed to recognise the Indian government's paying of feed-in tariffs and viability gap funding (through public funding) for procuring power produced by indigeneously manufactured solar cells and modules as public procurement.

"We will appeal against the judgment at WTO’s highest court, the appellate body, which could give us two years’ reprieve. There can also be a bilateral arrangement with the US since it is an important trading partner," an official from Ministry of Commerce told the media last week.