‘English wiped out local languages elsewhere, not in India’

Eighty-Five years after George A Grierson, a British administrator, conducted the first survey of languages in India, another such exercise has been has carried out by Ganesh Devy, a linguist based in Vadodara city of Gujarat. The results of the survey, which started in 2010 and was conducted with the help of 3,000 volunteers from across all of the country, was released this week in 50 volumes. Devy tells Anupam Chakravartty how Peoples Linguistic Survey of India is unlike any other survey that happened in India and why it is important for the nation. Excerpts 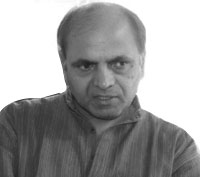 What are the findings from People Linguistic Survey of India?

Unlike a market survey, in which one usually finds data on what age group likes a particular product, a linguistic survey captures the state of the language. There are no findings of that kind. This survey is like a snapshot. You take somebody's photograph, which is different from taking an X-ray image. What a linguistic survey does is to give a correct report on the status of a language. It tells the level of maintenance of a given language. It also tells about the level of danger to a language.

The first finding in India is that we have at least 850 languages. Out of this, PLSI has found 780 languages spoken in India. The rest we could not find as we were a small team of 3,000 volunteers, while the exercise was huge.

How did you infer the existence of 850 languages?

We did not go for languages, we went to the people. We went to meet the communities in various places. We asked them if they speak a language, what is its history, what is the word-stock. It was a kind of community-driven initiative. It means among the population of India, 780 speech communities have stated that they have a language each.

Of these 780 languages, how many are endangered?

In 2001, the Census authorities announced names of 122 languages. The list of 2011 roughly had 130 languages. These languages are spoken by more than 10,000 people. That is why the list is declared. The Census does not declare names of languages spoken by less than 10,000 in India. So if we bring UNESCO's classification to Indian Census, then all the languages which are non-declared are potentially endangered.

So how many of these languages are potentially endangered? There is no answer to this question. Since 1971, Government of India accepted the policy of declaring only names of languages with 10,000 speakers as a cut off point. So one does not know how many other languages exist in India. One can say that there are some languages which are endangered if one had a baseline. This survey is for the first time awarding a baseline for languages and against this in future, people will be able to approximately determine the life of a language.

Without baseline, judging endangerment of a language would mean two points in the chronology of a language. A beginning point is marked when the language is there and the end point when the language is not known to be there. However, without baseline data a comment of endangerment will be near guess work. We can do the guess work on the basis of 1961 Census which counted about 1,100 languages. Out of the 1,100 languages, 850 remain today on the basis of later Census findings.

Therefore, defining endangerment has to change in India. Would you agree?

You have created a volume for coastal languages and coded languages. Why these two categories?

Coastal areas were gateways for people coming through sea route. These were trading hubs, where languages evolved in a separate way. These languages were very different what people spoke in the inland areas. Therefore, we classified languages spoken in the coast as separate from the others.