Environment is one of wars’ greatest victims 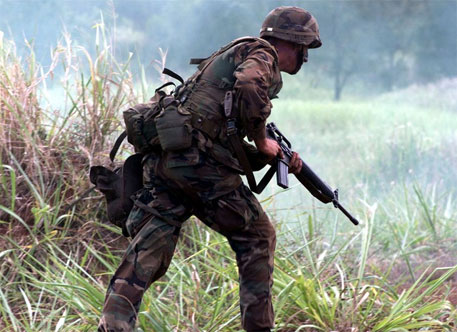 Wars are usually remembered for the damage they inflict on human lives and economies. But there is little record of the deadly impact they have on the environment.

“From the contamination of land to the plundering of natural resources, the environment has long been a silent casualty of war,” says United Nations Secretary-General Ban Ki-moon on marking the International Day for Preventing the Exploitation of the Environment in War and Armed Conflict. According to the UN Environment Programme (UNEP), at least 40 per cent of all internal conflicts of the past 60 years have been linked to the exploitation of natural resources, whether high-value resources such as timber, diamonds, gold and oil, or scarce resources such as fertile land and water.

In Somalia, for example, it is estimated that the illegal trade in charcoal represents annual revenues of up to $384 million for insurgents and terrorist groups. "Our capacity to destroy now is so much greater than it's ever been before," notes World Conservation Union chief scientist Jeffrey McNeely in a report by Worldwatch Institute. US actions in Vietnam in 1960s gave rise to the concept of “ecocide—the deliberate destruction of the environment as a military strategy,” he says, as he cites an example of effects of warfare on environment.

A report by Guardian has cited the non-profit Institute for Economics and Peace to state that only 11 countries in the world are not involved in any conflict, despite this being “the most peaceful century in human history”. Even in relatively peaceful countries, the forces assembled to maintain security consume vast resources with relative impunity. “But in war, the environment suffers from neglect, exploitation, human desperation and deliberate abuse on a terrible scale,” adds the news report.

“War is more destructive to the environment than any other normal activity that we associate with humankind and as far as the wildlife is concerned, there is very little difference whether we are making war on ourselves or making war on the environment,” says James Porter, professor of ecology in a report published in news website Red and Black. “War causes climate change, with an added 6 per cent rise in carbon dioxide levels in the atmosphere that wouldn’t have occurred otherwise," the report adds. A study by non-profit Costs of War Project could be the closet example of the same. “Illegal logging by US-backed warlords and wood harvesting by refugees caused more than one-third of Afghanistan’s forests to vanish between 1990 and 2007,” it says.

Amid all these shocking numbers and ongoing crises in regions like Africa and West Asia, the UN has called on the international community to reaffirm its commitment to protecting the environment from the impacts of war. Prevention of future conflicts becomes even more important on a time when the world is set to formulate the upcoming post-2015 sustainable development agenda.