Government, contractors not reusing old tyres for the love of money: Experts 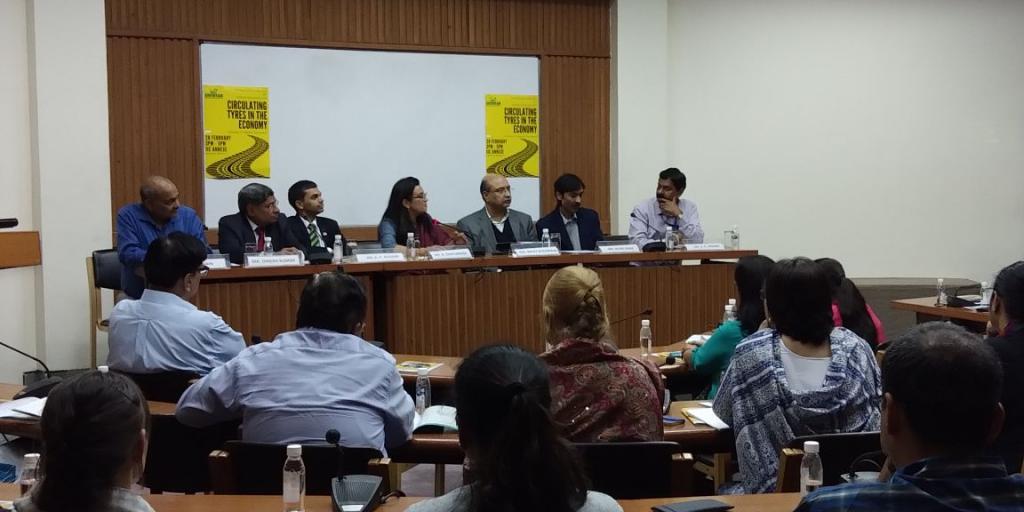 Experts at a recent panel discussion in New Delhi have opined that the government and contractors are not utilizing a green technology through which old tyres can be gainfully reused since it is costlier.

The panel discussion on “Relevance and need for expanding use of old tyres in roads” was organised by Chintan, an environmental research and action group. Its focus was on CRMB (Crum Rubber Modified Bitumen) technology, a process of extracting rubber from waste tyres and adding rubber crumbs to bitumen with crushed stones for making roads.

PK Jain, former head of flexible pavements at Central Road and Research Institute (CRRI), said the technology was implemented in 2001 and it even helped lay a 10-km road connecting Allahabad and Varanasi.

The central government also used this technology from 2002 to 2010, he said while adding that for the past 3-4 years the focus has declined and “I don’t know why”.

Dinesh Kumar, retd engineer-in-chief at Public Works Department, Delhi, had an answer to this. He said the government’s lack of will was causing less usage of the technology and that was because everyone wanted to make money. “Bitumen is black money for everyone,” said Kumar.

He added that as engineer-in-chief, he used to ensure all contractors used the technology. “It’s high time that we take this matter to the government asking them to make it mandatory,” said Kumar.

Chintan has also researched on the recycling of tyres and concluded in its report titled “Circulating Tyres in the Economy” that re-enforcing CRMB technology in building roads is the only possible solution. “Otherwise, old tyres will lead to more and more air and water pollution since they are being used in processes like pyrolysis and Tyre Derived Fuel,” said Raja Rai Handa, Chintan’s advocacy and communications manager, and the co-author of the report.

The researchers observed that neither previous research conclusions, nor government directives and field trial evaluations were able to convince contractors to use the technology because the cost in implementing it was 6.8 per cent more than just using bitumen. Rai said the technology will prove financially helpful in a long term. For example, in 15 years the saving incurred from implementing the technology will be around 28.74 per cent, he added.

“This is more cost beneficial and more sustainable, but, as Dinesh Kumar has said, everyone wants to make money and that is why focus on enforcing the concept is taking more time,” said Rai.

In the report, Chintan has also recommended methods like creating collection and disposable centres for waste tyres, upgrading informal sectors, and preparing models for reuse of old tyres.