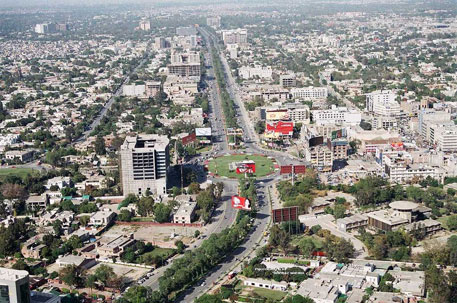 Pakistan's latest economic survey for the nation has drawn attention to the degrading environment in the country. According to the Pakistan Economic Survey 2013-14, poverty, combined with population growth and increasing urbanisation, is leading to intense pressures on the environment. The report says that environmental degradation is both a cause and consequence of poverty and the environment-poverty nexus cannot be ignored if effective and practical solutions to remedy environmental hazards are to be taken.

Experts estimate that environmental degradation may cost Pakistan’s economy over PKR 365 billion every year. This accounts from inadequate water supply, lack of access to sanitation and hygiene, agricultural soil degradation, indoor and urban air pollution, lead exposure, land degradation and deforestation. In fact, the environment strains faced by Pakistan over the past decades have become a major challenge for its citizens and the economy.

The survey says that high migration to urban centres has made the cities very congested, resulting in inadequate civic infrastructure. Increased urbanisation, in turn, has led to air pollution and sanitation issues.

Air quality data recorded in cities confirm the presence of high concentration of suspended particulate matter in air, which is 2-3.5 times higher than the permissible limit. The survey reports that oxides of nitrogen (NOx) continue to increase in major cities mainly due to the rising number of CNG-operated vehicles. Formation of smog and haze is a common phenomenon in Pakistan’s cities.

Most urban citizens rely either on private motor vehicles or two wheelers or the informal transport sector for urban transport. Diesel vehicles using crude diesel oil and motorcycles and rickshaws are of primary concern. Due to overloading, faulty injection nozzles and weak engines, these vehicles emit excessive carbon, while motorcycles and rickshaws, due to their two-stroke engines, are the most inefficient in burning fuel and thus contribute most to emissions.

The survey says that vehicular emissions in all the major cities of Pakistan are the primary source of air pollution, adding that the transport sector is the largest user of petroleum products. Some other causes of air pollution listed in the survey include abrupt increase in the number of vehicles, inefficient automotive technology, use of unclean fuels, uncontrolled emissions of industrial units, emissions of brick kilns, the burning of garbage and the presence of dust.

The survey predicts that if existing trends continue, the country’s population would grow from the present 180 million to 234 million by 2025. This would increase the number of vehicles from 11 million to 35 million, further deteriorating the air quality in cities. Moreover, with a growth in population, water pollution is also expected to increase proportionately, which could add 25 per cent more pollution to the water bodies.

Another fallout of urbanisation is solid waste generation. The survey says municipal sewage disposal is a serious environmental problem. Proper solid waste management has never been practiced in Pakistan. The country does not have a proper landfill or other disposal infrastructure. Neither do industries have treatment facilities. The collected waste is dumped on open spaces and low-lying areas. Whatever toxic is produced by disintegration of waste seeps into aquifers and pollutes underground water, the survey says.

The problem of garbage disposal in Pakistan is mammoth. About 59,000 tonnes of municipal solid waste is daily generated in the country, while an estimated two million wet tonnes of human excreta is annually produced in the urban areas, of which 50 per cent goes into fresh water bodies. Only 8 per cent of the total wastewater is treated and the rest is discharged untreated into water bodies.

The survey highlights that Pakistan is extremely vulnerable to climate change impacts because of its geographical location, high population and low technological and resource base. Although Pakistan’s emissions of greenhouse gases are much lower than the rest of the world, these are bound to increase as the country climbs the development ladder. According to the survey, climate change is affecting almost all sectors of Pakistan’s economy, particularly water resources, energy, health, biodiversity and agricultural productivity.
Environmental degradation, along with poor hygiene, lack of basic sanitation and unsafe drinking water, is likely to have a huge impact on the health of the population, particularly children under five. The survey mentions that the Government of Pakistan is taking significant initiatives in collaboration with international agencies to counter complex issues regarding environmental degradation.