Environmental impact of trash burned in the open grossly underestimated

Developing countries figure prominently in the list of polluters, with China, India and Brazil being the top three 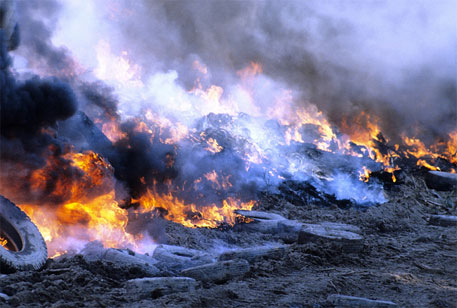 The harm caused to the environment by burning of trash is much more than what official records say. According to a study, over 40 per cent of the world’s garbage is disposed by unregulated burning.

The study says that burning of trash produces emissions equivale¬¬¬nt to as much as 29 per cent of officially reported human-related global emissions of small particulates (less than 2.5 microns in diameter), 10 per cent of mercury and 64 per cent of a group of gases named polycyclic aromatic hydrocarbons. The list of pollutants tracked in the study also includes carbon dioxide and carbon monoxide.

Unlike commercial incinerators, where the pollution is tracked, burning of trash in the open is unmonitored. Because of this, “actual emissions could be larger or smaller than the study’s estimates by a factor of two,” says a news release by the US-based National Center for Atmospheric Research, which conducted the study.

The study gives country-wise estimates of pollutants emitted and says that “nations with the greatest emissions from trash burning are populous developing countries: China, India, Brazil, Mexico, Pakistan, and Turkey”. Lack of disposal systems, such as incinerators and landfills, in developing countries is the reason open burning of trash is prevalent, it says.

The study was published in Environmental Science and Technology on July 14.