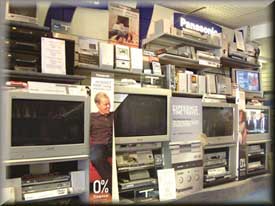 In the past few years, the European Union (eu) has been taking steps to reduce and eliminate toxic chemicals completely. A new regulation called the reduction of hazardous waste (rhs) directive came into force on July 1, 2006. Regulation, registration, evaluation and authorisation of chemicals bill (reach) is another such regulation, which will come into force next year. reach has sparked off protests from 13 of eu's top trading partners.

The rhs directive bans use of six chemicals in most electrical and electronic equipments sold in the 25-member eu grouping. Household appliances, pcs, toys, leisure and sports equipment, it and telecommunications equipment and lighting products will now have to be completely free of chemicals like lead and mercury. Cadmium, hexavalent chromium, polybrominated biphenyls and polybrominated diphenyl ethers are among the other banned chemicals. rhs aims to reduce pollution from the banned substances and prevent their damaging effects.

Electronic equipments have components containing harmful chemicals. An average 15-inch computer monitor may contain as much as 3.5 kg lead. Cadmium is found in cables and mercury in fluorescent tubes. These chemicals damage the nervous and reproductive systems and can even lead to cancer and skin disorders. As per eu data, although electronic waste accounts for only 4 per cent of the 2 billion tonnes of waste generated each year, the amount is growing by almost two to three times.

The rhs directive complements the waste from electrical and electronic equipment directive, which came into force in August 2005. It was a huge step in tackling electronic waste. The regulation made it mandatory for manufacturers to take back their products at the end of their life, to recycle the components and safely dispose the hazardous parts.

Manufacturers had an economic incentive in reducing waste and recycling their products. rhs is a step further. But industry feels that it will come at a cost. Orgalime, a European industry group, estimates that the cost of conversion to rhs compliant regime will total us $19 billion. But this will not affect the cost at the consumer's level much. For instance, a us $500 computer might become costlier by as little as us $10.

reach, on the other hand, requires 30,000 plus chemicals produced or imported into eu to be registered with a central agency, tested and specified safety criteria met with. As per the bill, there would be strictest scrutiny and regulations for the most dangerous chemicals. While protecting human health and environment, reach also takes into account commercial implications.

The us has, along with other chemical industry associations, protested against the law for long. Now, 12 more countries -- India, Japan, Australia, Brazil, Chile, Israel, South Korea, Malaysia, Mexico, Singapore, South Africa, and Thailand -- have joined the us in saying that the new rules will hurt trade and is not viable economically. According to them, reach will affect smaller enterprises from developing countries adversely, who may not be able to pay the cost of registration. They have asked for modifications.

wwf , an international ngo, has referred to these protests as "out of date". "This statement is only part of a continuing us effort to weaken reach for the benefit of its chemicals industry," says Justin Wilkes, chemical safety campaigner, wwf. wwf answers the us and other countries protests by pointing out to a recent report of the European Parliament's Development Committee, which showed that costs would predominantly be borne by large multinational chemical companies exporting a few bulk chemicals and not the smaller enterprises in developing countries. "The analysis estimated the costs to the chemical companies operating in developing countries to be just us $60 million over 11 years," says wwf.

A second round of reach's reading will take place in October, before the law comes into force in mid-2007. Meanwhile, reactions to rhs are awaited. No prizes for guessing -- intense lobbying will be the keyword.