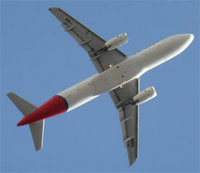 The European Union (EU) recently issued a warning to two airlines from India and eight airlines from China for not providing their 2011 baseline emission data to it. The EU expected them to provide this data to set a benchmark for emissions from the aviation sector under its emissions trading scheme, commonly called the EU ETS.

EU Commissioner for Climate Action, Connie Hedegaard, claimed that about 1,200 airlines from over 20 countries had agreed to its first step of imposing a carbon tax by providing emissions data, but airlines from India and China, which represent less than 3 per cent of total aviation emissions, had not complied. The airlines have a month, until mid-June, to comply, or face penalties that member states deem fit, she said at a press briefing.

No consensus on carbon tax

India and China have consistently resisted the move in the past, calling it a unilateral trade levy, contrary to the spirit of multilateralism, and India barred its airlines from complying with the EU carbon tax. India and other countries have reiterated their stand on the issue in the ongoing negotiations at Bonn as well.  A large number of developing countries spoke against unilateral measures in addressing emissions from the aviation and maritime sectors at the opening of the 36th session of the Subsidiary Body of Scientific & Technological Advice (SBSTA) in Bonn. A joint statement from 11 countries, including China and Brazil, reiterated the lack of consensus on market-based measures, especially with regard to the scheme. It said that unilateral trade measures were inappropriate solutions to climate change. India endorsed the statement as well.

The UN body, International Civil Aviation Organisation (ICAO), along with the International Maritime Organisation, stressed in their reports to SBSTA that there is no consensus for ICAO to move towards a global framework for market-based measures, nor about the guiding principles and criteria, or global objectives on emission reduction targets for the international aviation sector.

Airlines may be penalised, banned

The EU, though, remains firm in its stand to impose a carbon tax on airlines as a part of EU ETS, which is its key tool to reduce industrial greenhouse gas emissions and achieve its goal of cutting emissions by 20 per cent by 2020. At a press briefing in Delhi earlier this year, Hedegaard had said, “We (the EU) are pleased that ICAO said before Durban that it felt pressured with the very existence of the EU legislation. We don’t see it as a bad thing. It is good because ICAO needs to feel a bit pressured to make the kind of progress that is needed on some kind of market based measures.”

The EU has also said that no airline will face a bill until 2013, till this year’s carbon emissions have been tallied and airlines that do not comply could face penalties of up to US $128 per tonne of CO2 emitted and repeat offenders could even be banned.