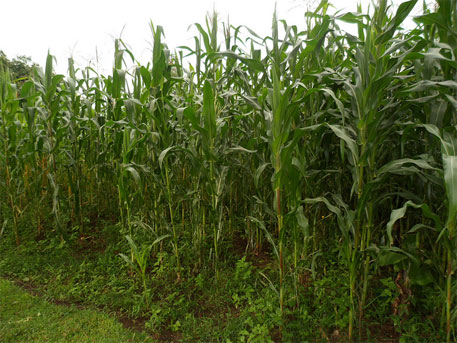 The European Food Safety Authority (EFSA) has rejected France’s ban on Monsanto’s GM maize in Europe, reports The Guardian. In response to the evidence submitted by the French government in support of its decision, EFSA observes that “there is no specific scientific evidence in terms of risk to human and animal health or the environment”.

In its statement, EFSA says that neither the scientific publications cited in the documentation nor the arguments put forward by France reveal any new information that would invalidate the previous risk assessment of MON810.

France had banned the strain MON810—marketed as YieldGuard by Monsanto—in 2008 following public protests against GM maize. This was overturned by a court ruling in 2011. In March this year, the government reinstated the ban, with an aim “to protect the environment”.  The EFSA decision could lead to France being forced to lift the ban.

Notably, Monsanto’s MON810 maize has been approved for cultivation all over the European Union (EU), but a few countries like Germany, Italy and France have imposed national bans. Apart from these, six member states of EU have invoked a so-called “safeguard clause” following which member states may provisionally restrict or prohibit the use and/or sale of the GM product on its territory. These include Austria, France, Greece, Hungary, Germany and Luxembourg.

Last year, France terminated experimental trials of 1,000 GM poplars, the only plant grown in the country under open field trials, following the government’s refusal to give the necessary approval.

GM crops face heat in The Philippines
Meanwhile, organic food producers and consumers held a protest rally in Makati City in the Philippines last week against the field testing of GM vegetables in the country, reports the Manila Bulletin.

The Consumer Rights for Sale Food (CRSF) has opposed GM trials citing “dire effects on human health and possible effects on the ecological balance of the country”. Giving the example of Bt eggplant, Mara Pardo de Tavera, a member of CRSF, told the newspaper that the bacteria introduced into the gene of an eggplant has been observed to produce a dangerous toxin that can harm human health, especially of infants and children.

On July 11, Tavera, along with supporters of organic food, filed a petition in the country’s Supreme Court demanding intervention in the field trials of Bt eggplant. Tavera says that GM products in the market have no labels. “We are already consuming them without knowing. We should join hands not to allow GM foods into our diet,” she adds.

China destroys GM rice fields
On July 30, over six hectares of GM rice crops were destroyed in Wuhan in Hubei province of China. A news report published in China Daily says that the BT63 strain of rice was popular among the farmers because of its pest resistance. But the seeds of the rice came from “acquaintances” who did not provide invoices. According to the report, the farmers whose crops were destroyed were compensated with $100 per hectare.