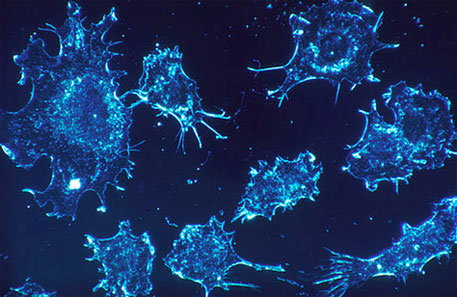 Exercising could enhance the tumour-fighting ability of chemicals used in chemotherapy, according to research  conducted by scientists from the University of Pennsylvania, USA. They conducted an experiment on mice and found that the combination of chemotherapy with exercise was more effective in shrinking tumours than chemotherapy alone.

The researchers came across this finding while studying whether exercising helps reduce the risk of heart tissue damage, a side-effect commonly associated with the cancer drug, doxorubicin (DOX). Melanoma or skin cancer cells were injected into the necks of male mice. After two weeks, they were administered DOX . Their exercise routine consisted of walking on mice-sized treadmills. The mice were divided into four groups; two groups were given the DOX dose while the other two were given placebos, which are ineffective doses disguised as medicine. By the end of the experiment, it was observed that in mice which were exercising, the tumour cells were smaller in size than those in mice only on DOX.

The exercise, however, did not show any impact on their hearts."We looked, and the exercise didn't do anything to the heart -- it didn't worsen it, it didn't help it," said Joseph Libonati, senior author of the study, in a report  in ScienceDaily. "Something as simple as moving affects how drugs are metabolised. We're only just beginning to understand the complexities," he added. While further studies are required to investigate how exercising enhances the effect of doxorubicin, Libonati explained that physical activity increases blood flow to the tumour, thereby bringing more of the drug into the bloodstream. “If exercise helps in this way, you could potentially use a smaller dose of the drug and get fewer side effects," Libonati said.  The findings were published in the American Journal of Physiology on September 15.