Exposure to pesticide can cause diseases after three generations 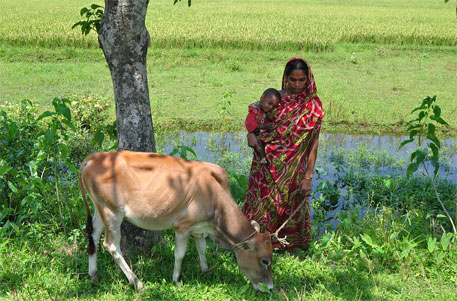 Methoxychlor, commercially known as chemform, methoxo, metox or moxie, was banned in the US in 2003 because it can behave like the hormone estrogen and affect the reproductive system. However, it is widely used in many parts of the world as a safe alternative to DDT, which was banned in the 1960s. Methoxychlor is used to protect crops, ornamental plants, livestock and pets against fleas, mosquitoes, cockroaches and other insects.

During the recent study, researchers examined exposure to methoxychlor on rats and observed epigenetic alterations in sperm DNA even in the great-grand offspring of the rat exposed to methoxychlor. The transgenerational epigenetic disorders resulting from toxins including PCBs and DEET went up to six generations.

They researchers say that methoxychlor may be affecting how genes are turned on and off in the progeny of an animal exposed to the pesticide, even though its DNA and gene sequences remain unchanged.

“If the sperm or the egg have an altered epigenetic signature that is being used to develop the early embryo, those signatures are transferred to the embryonic stem cell, which can turn into any cell in the body. Because of the altered epigenetics, every cell in the body will have an altered expression of genes, and, therefore, so will every tissue,” Skinner explains to the newspaper Newsweek. “If the tissue is a type that is sensitive to small changes, to what genes are turned off and on, it will be susceptible later in life to disease,” he says.

Skinner suggests that ancestral exposure to methoxychlor over the past 50 years may have a role in today's increasing rates of obesity and disease.

The study was published online recently in PLOS ONE.