Artificial sweeteners: the new threat to your health 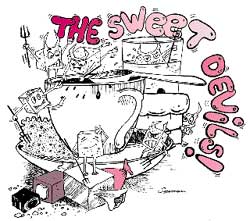 if the most dangerous substances in our food would have to be listed, sugar and fat would be in the top five. Many, therefore, keep a sharp watch on the quantities of both in their diet. Sugar-free drinks, chewing gums with "low-calorie," "fat-free" tags, therefore, enjoy widespread popularity. All such items are flavoured, of course, with artificial sweeteners. But how many people ever stop to think about their effects?

There are several kinds of artificial sweeteners. Two of the best known are saccharin and aspartamine. Saccharin is a petroleum derivative while the other, aspartamine, is a combination of two amino acids - aspartic acid and phenylalanine. Both are used as food additives and sugar-substitutes.

Since its discovery as a sugar-substitute, saccharin has been one of the most controversial food additives.In 1977, a Canadian researcher first reported it as a possible carcinogen, or a cancer-causing chemical. The Food and Drug Adminis-tration (fda), usa, proposed banning it, complying with a federal law that ordinarily bans all carcinogens. But the fda plan generated considerable public outcry. Consumers complained that one artificial sweetener, cyclamate, had already been taken off the shelves after studies showed that it too was a possible carcinogen. Diabetics, who rely heavily on artificial sweeteners, argued that they needed saccharin. In a compromise, the us Congress was compelled to pass a law preventing the ban but asked the manufacturers to ensure that products containing saccharin should carry signs that would warn the consumers of the chemi-cal's potential carcinogenecity. In 1981, saccharin went into the Government's list of 169 suspected carcinogens where it remains even today.

Since the 1970's, several researchers have been trying to figure how saccharin causes cancer in rats. According to Samuel Cohen, a pathologist who has done extensive research in this field, when the sodium form of saccharin combines with rat urine, it creates crystal-like stones in the bladder of animal. These stones, in turn, lead to cellular changes that ultimately cause cancer.

A board of independent experts constituted by the National Toxicology Programme (ntp) recently recommen-ded that saccharin should remain in the list of suspected carcinogens, despite tremendous pressure by the saccharin manufacturers. The panel met to consider a petition from an industry group, the Calorie Control Council, to remove saccharin from the 1999 carcinogens report. The vote was close, 4 to 3 in favour of ban. The outcome appears to have surprised many as it was hoped that this will be the first chemical to be struck off the list of carcinogens. Even though the advise of the panel is not binding, the ntp , the branch of the National Institutes of Health (nih), in Bethesda, usa , that maintains the list is unlikely to ignore the recommendation. T he verdict of nih will go to the Health and Human Resources Secretary, usa , in the near future (Science , Vol 278, No 5339).

The Toxicology Programme's own scientists reviewed over 14 animal and 30 human studies involving saccharin and concluded that it should be removed from the list. The clinching evidence in saccharin's favour is the fact that although the chemical causes bladder cancer in rodents, this unlikely to happen in humans as the urinary functions of both are different.

To provide some consumer guidance, the European Commission, for instance, set acceptable daily intake (adi) levels. Saccharin has an adi of 5 mg-per-kg body weight. The major problem for people depending on saccharin is that the information provided by manufacturers is either incomplete or vague. Moreover, most are not aware of the proposed adi levels to restrict the daily intake to the proposed level.

The problem is far more complex in respect of other food products. In many products, especially consumed by children, natural sugar is combined with artificial sweeteners to cut costs. Saccharin is much cheaper than sugar and possibly the cheapest of all the artificial sweeteners available. So if a product is labelled "naturally and artificially sweetened," any combination of the compounds can be used. With food and drug regulations lax in several countries including India, it is nearly impossible to monitor such activity.

Scientists like Emmanual Farber of the Jefferson Medical College in Philadelphia, usa, even while conceding than the danger is minimal if the intake of saccharin is restricted, are understandably concerned. Farber chaired the prestigious National Academy of Sciences, usa , panel in 1978 which discovered that saccharin was a weak carcinogen. Still, the scientist says, "My concern is children because they could consume lots of saccharin. It makes me very nervous."