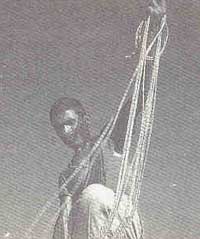 Socialist economist Ignacy Sachs of the Centre de Recherches Sur le Bresil Contemporain ***(translation) in Paris has severely criticised current Indian development policies. Addressing scientists at the National Institute of Science, Technology and Development Studies (NISTADS) in Delhi on November 25, he said, "The present policies seek to cater to the consumerism of the upper 20 per cent of the population." Sachs suggested "using the internal market as an engine of growth by generating high internal employment as well as by developing its biomass resources".

According to Sachs, the case for environmental protection is stronger when biomass becomes a significant sector because industries depending on it would be compelled to conserve the environment. Sachs also pointed out the huge potential for increasing efficiency through reducing the present high levels of waste in resource use. However, he admitted framing suitable public policy in this direction is a complicated process.

Responding to Sachs, Ashok Jain, director of NISTADS, said, "To overcome the present economic and environmental crisis, we should investigate the possibility of decentralised biomass production, which has a high employment potential."