Findings of Economic Survey 2015 are cause for worry 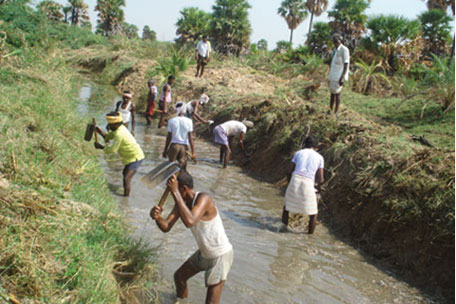 The terms “fiscal prudence” and “fiscal consolidation” appear frequently in the Survey tabled on Friday. What do they mean? To put in plain words, the government has identified subsidies—oil, food and fertiliser—as the most important sector that must now be “rationalised” to unleash the economic potential of the country.

The Survey has been unequivocal in pushing for cash transfer in place of distribution of food grains through the public distribution system. Though monetisation has been in the pipeline, including for food grains, this is probably the first time that the government has given definite indications in favour of rolling this out.

At the same time, the Survey has pointed to a sharp decline in rural wages, declining rate of employment and also, a declining rate of agricultural growth. But interestingly, all three worrying facts have been manipulated to argue that subsidies have not reached or are not reaching the people. Thus, they must be rationalised or done away with. The deep decline in rural wage rate has been articulated as a sign of recovery of the economy.

Below are a few highlights from the Economic Survey 2015: