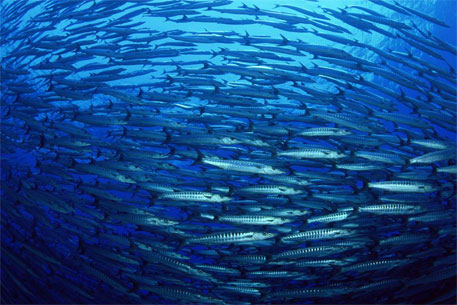 The salmon fisheries of Alaska, renowned for preventing overfishing and maintaining healthy fish stock, are lagging behind when it comes to the trickling down of benefits to local fishers, processing workers and the local community.

A recent report—The Fishery Performance Indicators: A Management Tool for Triple Bottom Line—states that apart from ecological factors, economic and social sustainability are also important for the success of fisheries. It introduces fishery performance indicators (FPIs) that take into account all three aspects during assessment of these industries.

The report, prepared by authors from World Bank, universities and organisations, was published in the journal PLOS One on May 6, 2015.

Assessment and management of the fishing sector has generally focussed on environmental factors such as volume and health of the fish caught. Many countries have also taken policy measures to prevent overfishing and have adopted ideas like “marine protected areas” to ensure sustainable fishing.

The FPIs, however, show that ecological outcomes reflect only part of the story. Like the Alaskan salmon fishery, another healthy fishery which has unexpectedly low social outcomes is the US’ Oregon Dungeness crab industry. Excessive costs and abundance of catch have led to low prices here.

On the other hand, the African fisheries of the Kenyan octopus and Seychellois sea cucumber, have contribute significantly to the communities with high export prices despite poor management and depleting resources.

How were the FPIs set?

Certain set metrics were used to evaluate the performance of all three dimensions. The ecological dimension was based on metrics like the degree of overfishing and state of the stock. The economic dimension was based on access to capital and price volatility, among other factors. The social dimension used metrics like wages, education and healthcare access of different groups of workers like captains, crew, processing owners and processing workers.

Metrics were rated between 1 and 5 based on available data and expert assessment.

“The fishery performance indicators are the most comprehensive, global tool that considers social factors in addition to the usual biological measures when gauging a fishery's health,” said Chris Anderson, a University of Washington associate professor of aquatic and fishery sciences and lead author of the paper.

Data collection is a huge challenge in this process. Anderson told Down To Earth via email that data on ecological and economic dimensions is relatively easy to obtain in developed countries. But data for the community dimension is lacking in both developed and developing countries.

The authors overcame this challenge with a rating system. Anderson explained, “We found that in many cases, people such as managers or development agency contractors, who were familiar with the fisheries, could characterise the fisheries, and that we could capture the knowledge in their heads with a carefully developed scoring system.” They also asked their scorers to rank their confidence in the scores they were giving.

Anderson said that fisher folk in developing countries often struggle to obtain good value for their catch due to poor handling and lack of refrigeration over a long distance. In other cases, he said that companies buying fish pay low prices to local fishers, even though they are able to keep the catch under refrigeration and obtain good prices in cities or through export.

In developing countries, fishing is often done in an excessive manner and may lead to depletion of resources. Many fisheries in developed countries seem to have overcome the problem of overfishing to a large extent through management and regulation.

Anderson concluded that there is a need for fisheries management and local development strategies to give fishers and local processors the incentives and opportunity to get good value for their fish, and to ensure that those revenues remain within the community.