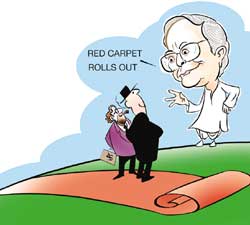 After the West Bengal cabinet approved, on May 31, 2006, the acquisition of over 1,740 ha of land (mostly agricultural) to set up industries, there have been vociferous protests by farmers in the Burdwan and Bankura districts as well. But protests aside, the land acquisition drive has drawn a lot of criticism from the left leadership as well.

While some leaders say industrialisation, generating employment, is the appropriate option for farmers with small land holdings, others say it goes against the land reforms policy of the state government. Food security (see table No Food security) is also an area of concern. Compensation, rehabilitation and areas allotted for land for industrialisation also dominate the debate.

The state government's land acquisition drive has its roots in the Left Front's 1994 New Industrial Policy, in which the state was presented as among the most investor-friendly states in India. McKinsey, the global financial consultants, was hired to study the possibilities of setting up private and joint-sector industrial units in the state. The firm, along with the West Bengal Industrial Development Corporation (wbidc), said that the state's successful land reforms programme and sturdy agricultural growth rate were strong foundations for industrialisation in future, since it had increased the purchasing power of a large section of the rural middle class.

But these pronouncements didn't pay attention to the consequences of large-scale acquisition of agricultural land, which would dispossess farmers. "Whenever or wherever you take land for industry, it affects some peasants who in the past have benefited from land reforms. It defeats the very purpose of reforms. You are taking away from them the same land that you had once given them," says anthropologist Abhijit Guha, of Vidyasagar University in Midnapore, West Bengal. Besides, taking away farmland could also mean an impending food crisis, a view propounded by land and land reforms minister Abdul Rezzak Mollah and Naren Dey, the agriculture minister from Forward Bloc.


Meanwhile, chief minister Buddhadeb Bhattacharya and industries minister Nirupam Sen are on the defensive. At a rally celebrating almost three decades of Left rule in West Bengal, Sen stood up for the government's pro-investment policies saying "With small plots of land, agriculture is no longer viable for many. We must set up small industries. For larger gains, small sacrifices are essential. We are aware of the possible immediate loss of support among farmers whose land is being acquired, but we have to think of future." On the other hand, state cpi(m) secretary Biman Bose and Prabhat Patnaik, a party ideologue, warn of a possible clash between its old base of the poor, lower classes and the new middle-class base. And despite all attempts by Bhattacharya to show he has a united Left Front backing him, the rift between the cpi(m) and the rest of its partners over this issue seems to be growing wider by the day.

cpi general secretary AB Bardhan has criticised the land acquisition policy, saying it is not in the interest of farmers. He said the chief minister's view that industrialists should be allowed to choose where they wanted to set up their projects was wrong and anti-people. "For industries, you need land. But for that you either use fallow, uncultivable land or land where moribund industrial units are situated. And if you still need agricultural land, you acquire single-crop land and pay adequate compensation to farmers," Bardhan said.

But investors appear unwilling to set up industries in districts like Purulia and Burdwan, which have barren and fallow land. The state government is now conducting a study on how to make these lands cultivable. The state agriculture department has roped in services of the National Bureau of Soil Survey to conduct a survey of every block in the state. The survey will take about a year to complete.

Prior to Bardhan's comments, a cpi delegation met Sen, Dey and Mollah. The delegation demanded a revised compensation package that would take into consideration the cumulative price of crop over the next 10 years, while calculating land value. They also asked that farmers not be evicted until the rehabilitation package was ready. The cpi and Forward Bloc have also turned in a report to the cpi(m) on the issue asserting that the government, not industrialists, should decide where and on what land industries should be set up. The report called for a "high-level committee" to decide the sites.


Faced with this barrage of opposition, the cpi(m) is now trying to sensitise lower-rung functionaries across party lines to the needs of business. Campaigns are on within the party to underline that after 30 years of the Left rule, the achievements of land reforms will boomerang if the state doesn't industrialise.

However, some party functionaries have admitted that they haven't yet been able to garner much support on the field. To combat protests by farmers, the government has come up with an alternative solution -- making fallow land cultivable. The state cabinet has also decided not to give land to industries on a freehold basis and promised to pay landowners whose property will be acquired one-and-a-half times the existing land price. The state will also set up a panel to monitor land use.

State officials and ministers from the agriculture, industry and land and land reforms departments met on July 21, 2006, to draw a comprehensive land-use map that would identify fallow lands and categorise agricultural land as mono crop or multi crop. The idea is to find fallow land that is close to infrastructure hubs or divert mono-crop land. Meanwhile, state Congress leaders Manas Bhuniya and Pradip Bhatta charya have sent prime minister Manmohan Singh a memorandum demanding a central land commission be set up to survey agricultural land throughout the country.


The West Bengal cabinet recently approved a standard rehabilitation package for the entire state. But the package is not very clear on how the beneficiaries of the government's land reforms efforts, sharecroppers and landless farmers, will be compensated or who will shoulder the compensation cost. Discussions abound on who will foot the bill -- the industrialists or the government -- to relocate people. "The bottom line is that the government is not open about what's going on," says Guha. "Its industrialisation programme seems to be top-down."