The before and after pictures below are self-explanatory. The post-flood image on Bhuvan (ISRO'a geoportal) was acquired on 21 June, 2013. Zooming into the Kedar valley area highlights the disturbances and flooding that have occurred north of the region, including the emergence of a new stream (number 3 in the image)  which has cut across a green patch. The water brought down a lot of debris towards Kedarnath and further down into the Mandakini river, causing the major disaster. This is an initial assessment; other parameters such as rainfall data and terrain will need to be examined for further analysis. 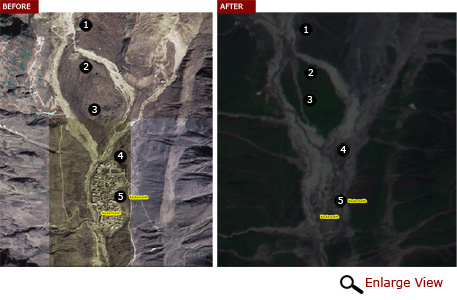 The website of National Remote Sensing Centre has uploaded some relevant satellite images too. The first image (Resourcesat-2 AWiFS Image of June 1, 2013) of the area acquired on June 1, 2013 shows some snow covered areas in the upper reaches of Himalaya. This was well before the rains hit. 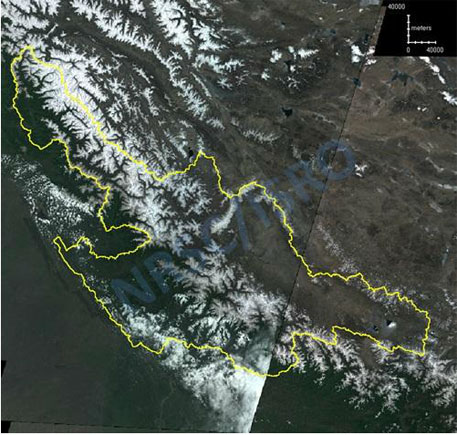 The second image (Resourcesat-2 AWiFS Image: June 21, 2013) dated June 21, which was acquired after the event, clearly shows that the area under snow has increased substantially. This suggests that there would have been heavy rainfall in lower areas, including the Kedar valley and other part of Uttarakhand, leading to the floods. 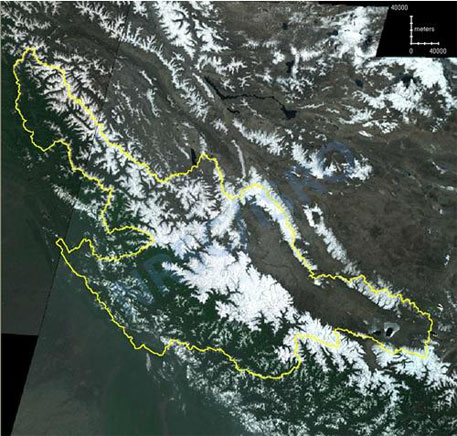 This 3D video of the Himalayan region shows the terrain of Kedar valley.