In sharp contrast to earlier estimates, a new study claims that nearly half the world's flora species face extinction 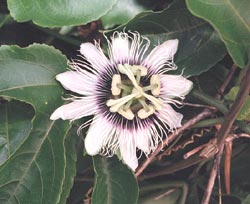 as many as half the world's plant species may qualify as threatened with extinction under the World Conservation Union (iucn) classification scheme, indicates a new study. Conducted by Nigel Pitman of us-based Duke University and Peter Jorgensen of the Missouri Botanical Garden, the study indicates that the iucn Red List for plants takes into account flora species of only a few tropical countries, thereby making it "difficult to assess the true scale of the global conservation crisis for plants".

According to the researchers, the percentage of the world's plants threatened with extinction could be as high as 47 per cent -- a figure much more than the previous estimates of 13 per cent. They reviewed data from 189 countries and territories and determined that between 310,000-422,000 plants -- or 22 to 47 per cent -- could be threatened worldwide. The researchers approximated the missing data by counting the number of plant species endemic or native to a country as a 'reasonable proxy' for the number of threatened plant species in that country. As a model for their research, Jorgensen and Pitman analysed more than 4,000 species that are native to Ecuador. After sifting through huge chunks of data, they determined that 83 per cent of all plants in the country are threatened. For example, they found that the passion flower, found abundantly in southern Ecuador during the 1970s, could hardly be spotted anywhere in the region now.

The findings for Ecuador are important, says Jorgensen, because the country has one of the most complete databases of plant species among the tropical countries. Such results can be applied to neighbouring countries such as Peru and Colombia where data is scarce. "We know so little about plants in tropical regions. And what really bothers me is we have to guess so much because we don't have enough manpower to go through all the countries," said Jorgensen.

According to him, plants are becoming extinct for many reasons, including global warming and human encroachment in their vital habitats. Identifying threatened species is a crucial step towards developing better management plans to protect them. But Jorgensen concedes that this would take large sums of money. Based on the Ecuadorian work, it is estimated that the cost of maintaining a global database of threatened plants would be around us $12.1 million. "Only with the species-by-species information generated by such a comprehensive undertaking will conservationists be able to monitor and prevent the large-scale plant extinctions foreseen to occur in the tropics in this century," said Pitman.