Food Security Bill on anvil, how does it impact us?

The central government is expected to announce by Thursday an ordinance to implement the Food Security Bill, which is currently pending the Parliament’s approval. As the government pushes its big ticket programme in the run up to next year’s national elections, here’s a quick Q&A guide on the basics of the legislation that could heavily impact food security and malnutrition in India. 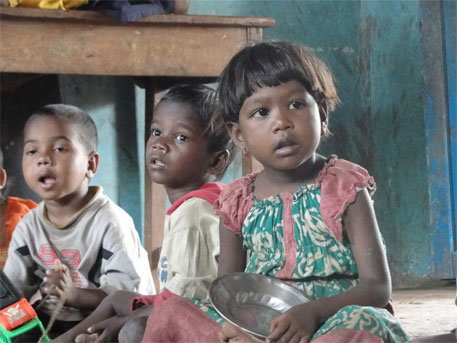 Q. What is the legislation all about?

A. Once the legislation is implemented, the government will guarantee certain minimum foodgrains at subsidised rate to close to 75 per cent of the rural population and 50 per cent of the urban population. The aim is to ensure food and nutritional security.

Q. What do beneficiaries get?

A. Unlike the current Public Distribution System (PDS), the new law doesn't distinguish between population below and above the poverty line. It categorises beneficiaries as priority group and Antyodaya, or poorest of the poor, households. A priority group beneficiary will get five kilograms of foodgrains per month, while those in the other category will get 35 kilograms per household per month. Under the scheme, rice will be available for Rs 3 per kilogram, wheat for Rs 2 per kilogram and coarse grains like millet for Rs 1 per kilogram. The prices will be revised every three years.

Q. How can it tackle child malnutrition?

Q. How will it fight malnutrition among expecting mothers?

A. Pregnant and lactating mothers are entitled to a free meal at the local anganwadi during pregnancy and till six months after child birth, as well as maternity benefits of Rs 6,000 in installments. The bill will subsume many such benefits under current schemes.

Q. How will eligibility be defined?

A. States governments have the mandate to identify eligible households. This is emerging as a contentious issue but may be handled while drafting the rules.


Q. Who will monitor its implementation?

A. There will be state food commissions, comprising a chairperson, five members and a member-secretary, with at least two women and one member each from the Scheduled Castes and the Scheduled Tribes. The main function of the State Commission will be to monitor and evaluate the implementation of the legislation.

Q. What happens if someone doesn't get the entitlement?

A. The law guarantees food security allowance if an eligible person doesn't get the entitlement. The allowance will be decided by the central government but paid by the respective state government. Many experts treat this provision as an entry point to converting the entire PDS into a cash transfer programme.

Q. Where does one go in case of a grievance?

A. There is a two-tier grievance redressal structure — the District Grievance Redressal Officer (DGRO) and the State Food Commission. State governments will set up an internal grievance redressal mechanism. The DGRO will be appointed by state governments for each district to hear complaints and take necessary action according to norms to be prescribed by state governments. If a complainant, or the officer or authority against whom an order has been passed by the DGRO, is not satisfied he or she may file an appeal before the State Food Commission. If an order of the DGRO is not complied with, the authority concerned or the officer can be fined up to Rs. 5,000. The Commission can authorise “any of its members” to act as an adjudicating officer for this purpose.

Q. How will the public get to monitor this law like in case of other such laws?

A. The legislation has some mandatory transparency provisions that include placing all PDS-related records in the public domain and keeping them open for inspection to the public; conducting periodic social audits of the PDS and other welfare schemes; using information and communication technology, including end-to-end computerisation of thePDS and setting up vigilance committees at the state, district, block and fair price shop levels to supervise all schemes under the law.

Q. What reservations do food rights activists have?

They oppose the proposed legisltion’s limited coverage and instead demand universal coverage. Besides, there is no provision in the law for decentralising procurement of grain and local storage. The entitlements do not cover nutritious food like cereals, oil, lentils, sugar and cooking oil with emphasis on local produces. The proposed legislation doesn't ensure role of local elected bodies in the PDS.