Like a poor cousin, kumatiya is not as well known as ker or sangri, but without it, panchkuta would not be the same 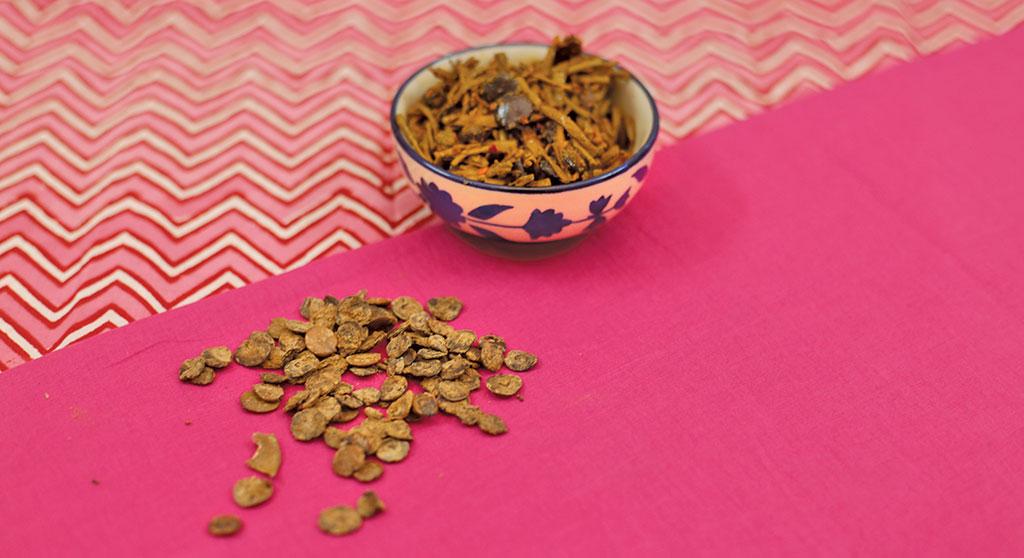 The lone kumat (Acacia senegal) tree in a field in Godaro ki Dhani in Bhelu village, 90 km from Bikaner, had already been harvested when we stumbled upon it in October. One of the few remaining pods revealed a row of three shiny, flat seeds used as food by the people in Rajasthan. Called kumatiya or chapatiya, it is one of the five ingredients in the panchkuta vegetable mix—a Marwari dish.

The other ingredients are ker (Capparis decidua), sangri (Prosopis cineraria), gunda (Cordia myxa) and mango. All five are so much ingrained in the lives of people in Rajasthan that they even have poems written about them. “Ker kumatiya sangri, kaachar bor matir, teeno loka nah mile, tarse dev akheer”, which roughly means that these are available only in Rajasthan and that even gods pine for them, clearly showing their importance in the culture of the state.

Like a poor cousin, kumatiya is not as well known as ker or sangri, but without it, panchkuta would not be the same. The mix is a popular food during Shitala Ashtami—a Hindu festival dedicated to goddess Shitala and celebrated a week after Holi—when in an effort to keep the deity cool, fire is not burned in the kitchen. Keeping the goddess happy is important to ward off diseases like small pox.

Panchkuta stores well, and that makes it a preferred food to carry during journeys. Its other benefits are more environmental in nature. All the ingredients are tree-borne and eminently suited to dry deserts. The pods and fruits are collected, dried and stored, and work well as famine food. As only small amounts of them are present at a given time, the practice of drying and storing the pods and fruits is essential to ensure that sufficient amounts are available. Though expertise is required to make these dried foods palatable, they are versatile. While in weddings, they are cooked with dry fruits and served with pride, the same ingredients can be turned into a homely dish to be consumed with bajra roti (flat bread made with pearl millet). Their popularity is evident in that they are now available online and that a 500 gm pack of the mix costs Rs 450.

Generally, kumatiya seeds are collected and boiled before being sold in the market at a premium. This basic processing makes it easier and faster to cook them. But these nutritious seeds are not the only thing that the tree is known for. It is the source of gum Arabic which is used as a food stabiliser. Besides, it is also used in printing, paints, glue, cosmetics and textile industries. The gum Arabic tree is native to Western Sudan, Nigeria and the Arabian Peninsula from where it was introduced into Egypt, Australia, Puerto Rico, the Virgin Islands and South Asia.

In the 15th century, traders from Europe would sail to the coast around the mouth of the Senegal River and purchase the commodity from Arabo-Berber tribes. This part of the coast was popularly called the Gum Coast. Though gum Arabic is big business today too with Sudan being the biggest exporter, the trees in India, which grow in Rajasthan, Punjab, Gujarat, Madhya Pradesh, Maharashtra and Haryana, do not yield too much gum for people to consider them lucrative. 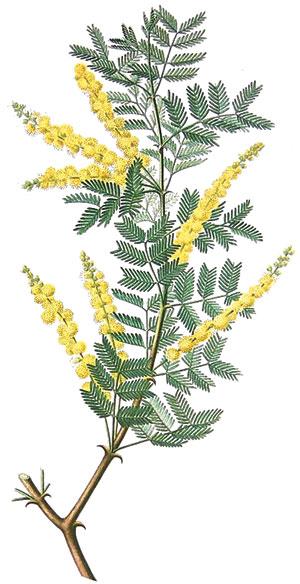 Central Arid Zone Research Institute, Jodhpur is developing ways to increase the production of gum in these trees and provide people in this area with an additional source of income. They have found that treating the plant with the hormone ethephon can enhance production. The species form an important component of traditional agroforestry system as they can fix nitrogen and improve soil fertility.

But, these are also the most at risk as farmers tend to cut down trees on their land in an effort to shift to conventional agriculture. To ensure that farmers continue to grow the tree, free seeds are sometimes distributed.

The people in Rajasthan who relish kumatiya on a daily basis might have been unaware of its health benefit but a recent study shows the seeds have cardioprotective properties. According to a study published in Biochemistry Research International in 2014, the seed extract lowered serum TC (total cholesterol), LDL-C (low density lipoprotein-Cholesterol), triglyceride, and VLDL-C (very low-density lipoprotein) levels and atherogenic index. The diet also repaired abnormalities, caused by a bad diet, in heart, kidney and liver in rabbits.

The researchers from Rajasthan and Madhya Pradesh suggest that as the seed extract reduced diet-induced atherosclerosis, it can lead to novel cures. A study published in Indian Journal of Traditional Knowledge in 2017 shows that aqueous extract of kumatiya seeds can inhibit growth of five bacterial strains in culture conditions, better than standard antibiotics.

The seed contains a fat used both in medicine and soap making. Gum Arabic has medicinal value too. In Africa, it is used to soothe mucous membranes of the intestine and treat inflamed skin.

While the seeds have not been comprehensively analysed for their nutritive value, a comparison of different Acacia species to check their benefits for livestock shows that the seeds of gum Arabic are richer in phosphorus, zinc and selenium than those of the other species. Another analysis shows the seeds have 39 per cent protein. The latest data on nutritive value of India’s food shows that whole Bengal gram has just around 19 per cent of protein.

(This article was first published in the 1-15th March issue of Down To Earth, under the headline 'Unsung hero').