Land alloted to Rungta Mines is home to elephants, tribals and Maoists 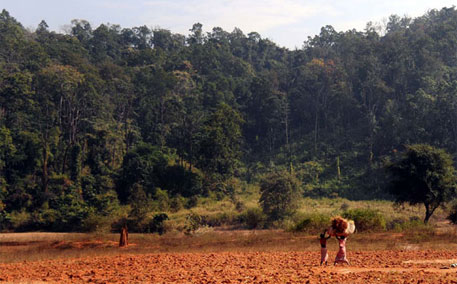 The Forest Advisory Committee of the Union environment ministry has paved the way for another private company to mine iron ore in the biodiversity-rich Saranda forest division of Jharkhand. In its meeting held on May 9-10, the committee that advises the ministry on forestland diversion, recommended clearance of almost 100 ha of forestland for mining in the favour of Rungta Mines Limited.

The mining will involve felling of more than 2,800 trees. The forest where the mine is proposed is part of Singhbhum elephant reserve in West Singhbhum district and is considered one of the finest elephant habitats. The committee noted that the state government has prepared a “comprehensive wildlife management plan” to mitigate the impact of mining on the wildlife in the region. The committee said the company will pay the cost of implementation of the plan on pro-rata basis.

The Saranda forest is also home to tribal people who have been opposing mining projects in the area. For long, the forest was a hot bed of Maoists. In 2011, the Centre had carried out massive combing operations in the forests as a part of its anti-insurgency operations, which was followed by a development package. Activists working with the tribals had been insisting that the development package had a clear mining interest.