Forest dwellers march for their rights 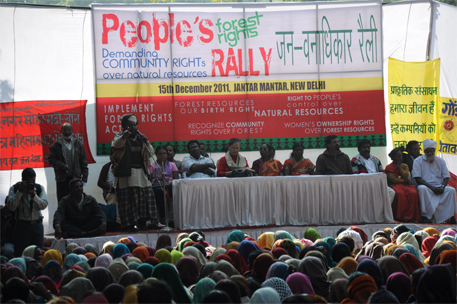 Around 5,000 forest-dwellers from across the country gathered in the capital on December 15 to demand their rights and smooth implementation of the Forest Rights Act (FRA).

The Act that recognises the traditional rights of the forest-dwelling communities on forest resources came into force on December 15, 2006. But, its implementation has been plagued with several problems, specially opposition from the state forest departments. They are reluctant to give away the forest lands to tribals. So far, only 12.3 lakh titles of forest rights have been distributed. More than 50 per cent of the 31.5 lakh claims filed under the Act have been rejected by the state governments.

To protest this, tribals from 18 states marched from Mandi House to the Parliament Street. The rally was organised by National Forum for Forest Peoples and Forest Workers (NFFPFW), an alliance of non-profits working on tribal issues and National Forest Rights Campaign. Around 80 per cent of the participants were women. 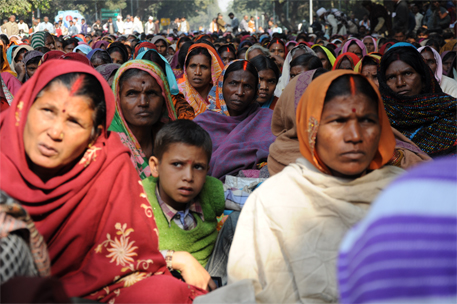 “FRA was enacted by the Parliament after a 200-year-long struggle of forest- dwelling communities. But still the Central and state governments have failed to correct the historical injustice to the tribals which was the objective of FRA,” says Munnilal of NFFPFW. Ashok Chaudhary, national convener of the forum, says, “It seems the government is not interested in implementing the legislation. Rather, it is caught up in the politics of the wildlife lobby and forest department.”  Guman singh of Himalaya Niti Abhiyan, a non-profit in northeast India, says whatever land titles the government has given to tribals under the Act is a propaganda to attract votes.

Later, leaders of the participanting organisations met Union minister of tribal affairs V Kishore Chandra Deo with their demands. As a follow up, a national conference of traditional livelihood and natural resources based communities was held on December 16. During the conference the communities dependent on natural resources formed a federation to fight for their cause.