Forests protected by indigenous communities may get recognition under CBD 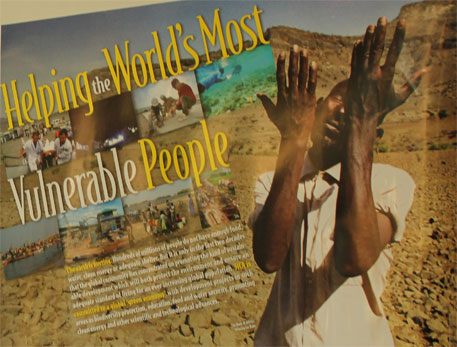 Patches of forests conserved and protected by local communities without much intervention of governments may soon get official recognition under the Convention of Biological Diversity (CBD). Discussions are on in the CoP 11 currently underway in Hyderabad  to recognise under CBD the worldwide database of Indigenous and Community Conserved Areas (ICCAs), managed by the United Nations Environment Programme (UNEP) on the lines of their database on government notified, protected areas.

It is estimated that more than 370 million hectares (ha) of forestland worldwide is protected by indigenous and local communities through their customary laws. It is claimed that such areas have equally significant biodiversity value if not more than the formally recognised protected areas such as wildlife sanctuaries and national parks. In India alone there are around 15,000 to 20,000 community-protected sites. Such areas, however, do not have formal legal protection like the national parks and wildlife sanctuaries, making them, at times, vulnerable to exploitation by commercial and political entities.

The CBD, under the Aichi Targets, aspires to conserve 17 per cent of terrestrial and 10 per cent of coastal and marine areas of significant biodiversity value by declaring them as “protected areas and (or by initiating) other effective area-based conservation measures” by 2020. While the governments across the world report to CBD on the work done in officially recognised protected areas, there is no such provision for ICCAs. Non-profits working for the rights of indigenous and local communities have been claiming that such areas, if recognised and supported, have the potential to achieve the Aichi Targets.

On the demand of the non-profits, a programme was initiated by the UNEP a few years ago to allow online registry of community-conserved areas across the world on the lines of its protected area database. To get a site registered under the programme, the communities conserving the site have to approach UNEP independent of its government. This along with the free and prior consent of the communities are essential for the registry to ensure the rights of the communities and their customary practices are protected and not altered by their government in any way.  The programme, however, is in the initial stages and has not received much attention and support from the Parties to CBD so far.

During the discussions on October 10, the Philippines government recommended to the CoP that the UNEP registry of ICCAs be officially recognised by CBD and support be provided for the programme by the Parties. Considering that strengthening and providing recognition and support to community-based approaches for biodiversity has been on the agenda of CoP11, it is expected that the suggestions by Philippines will get pushed through. “Eventually, this will prove to be a significant development as the governments will also now have to report to the CoP on ICCAs. Once, the ICCAs are internationally recognised and communities get strengthened, the government will have to recognise such areas in their national policies as well,” says Ashish Kothari of non-profit Kalpavriksh.

Citing the example of Philippines, Grazia Borrini-Feyaraband, global coordinator of ICCA Consortium, said the recognition of communities' efforts can lead to significant protection of biodiversity. She pointed out that the communities in Philippines have protected huge chunks of forests from mining industry by getting together and strengthening themselves.

The activists, however, caution that the recognition of community efforts on paper may not be enough unless the policies are implemented on ground. For instance, India has policies on recognition of rights of communities to conserve and manage  forest resources they have been traditionally protecting in consonance with the provisions of the CBD Program of Work on Protected Areas (PoWPA), but the implementation of such policies is very poor on ground, points out Neema Pathak Broome of Kalpavriksh.

PoWPA ensures that communities have equitable participation in the governance of protected areas and in the benefits arising from the conservation of such areas. The Forest Rights Act of 2006 ensures that no forest dweller is relocated from the forests unless his or her traditional rights have been recognised. The reports from various tiger reserves of the country, however, suggests the forest dwellers are being forced to move out without their rights being settled. Of the 2.8 million claims of rights under FRA processed till July this year, only 0.5 per cent recognised community rights over forest resources, which includes the right of the community to protect and manage forests, which they have been doing traditionally.