Sacred Headwaters of the Amazon, considered to be the most biodiverse terrestrial ecosystem on Earth, is witnessing expansion of new fossil fuel and large-scale industrial development 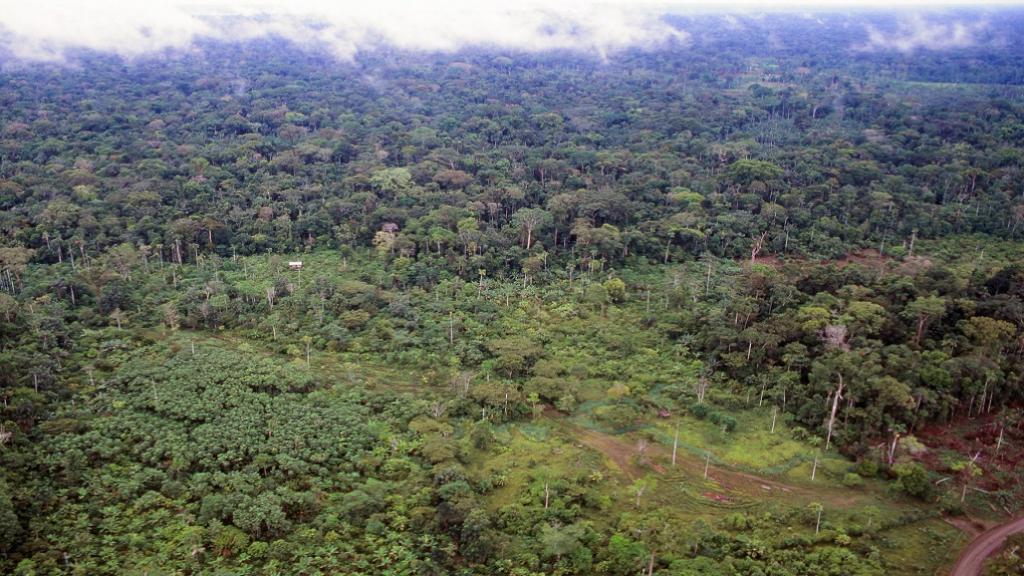 Farmstead cut out of tropical rainforest in the Ecuadorian Amazon. Photo: Getty Images

Indigenous peoples in Ecuador and Peru have urged their governments to stop oil drilling, mining, and other industrial scale projects in one of the most biodiverse regions in the Amazon rainforest, according to non-profit Amazon Watch.

The region referred to as Sacred Headwaters of the Amazon: Territories for Life spans 30 million hectares in Ecuador and Peru and is home to over 20 indigenous nationalities. It includes the mighty Amazon River — the Napo, Pastaza, and Marañon River Basins of Ecuador and Peru.

The extraction of resources in the region will expand oil spills, causing toxic contamination; and also result in new roads that will become the gateway for large-scale deforestation. This can be hazardous both to their survival as well as global climate stability, the indigenous peoples claimed.

The indigenous groups have urged governments of Peru and Ecuador to stop approvals and financing of new projects. They have also signed a declaration calling governments and organisations around the world to support their initiative to protect their ancestral territory.

“We call on the governments of Ecuador and Peru to respect Indigenous rights and territories and cease expanding new oil, gas, mining, other large-scale extraction or industrial-scale agriculture in the region,” reads the declaration signed on October 15, 2019.

“The destructive legacy of this model of 'development' has been major deforestation, forest degradation, contamination, and biodiversity loss, decimating Indigenous populations and causing human rights abuses,” it added.

“As indigenous peoples from the region, what happens to the land and the waters happens to us. For too long, our communities have been fractured and harmed by the toxic legacy of industrial extraction. We are united in our solidarity and call for a new era where this region is respected and protected as sacred, ” said Domingo Peas Nampichkai, Achuar Leader from CONFENIAE (indigenous organisation of the Ecuadorian Amazon).

Amazon rainforest has experienced more than 74,155 fires since January, according to data from Brazil’s National Institute of Space Research (INPE).

In September 19,925 fires broke out, 19.6 per cent less than the number of fire outbreaks same period last year, according to the latest INPE data. In September 2018, there were 24,803 outbreaks in the Amazon.