Development projects will be a direct threat to scores of medicinal plants, flowering plants and about 150 species of birds 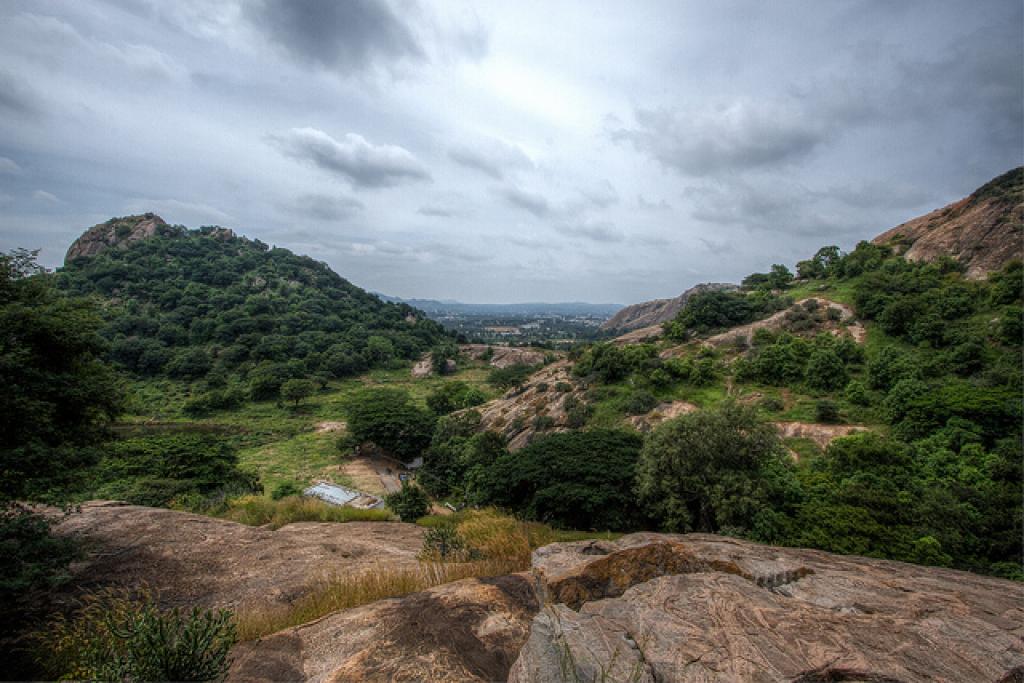 Sustained campaigning by environmentalists in Mysuru has put Karnataka government’s development plan in limbo. Apart from four-laning of roads, the government had planned to construct commercial complex to accommodate 116 shops, multilevel parking lot and dormitory on Chamundi Hills along the route leading to the famous Chamundeshwari Temple. Environmentalists and several Mysuru-based organisations have vehemently opposed these development projects fearing that the focus on tourism would strip the place of its scenic beauty.

Activists have already termed the development projects "unscientific". Chamundi Hills, located 13 km east of Mysuru, is a storehouse of environmental biodiversity. The reserved forest in the region is spread across an area of 17 sq km. It is home to scores of medicinal plants, flowering plants and about 150 species of birds. Many consider Chamundi Hills as Mysuru's crown that contributes to the well-being of citizens.

According to Bhami Shenoy, an environmental activist, thousands of trees will have to be chopped off and large swathes of forest will be destroyed if the four-laning of road happens. The government needs to focus on preserving the environment and reducing traffic flow instead of widening roads and hastening extinction of rare flora and fauna species on the hill.

Environmentalist U.N. Ravikumar says the authorities have not done a scientific study of the carrying capacity of the hill before proposing such projects. He observes, “The environmental protection of Chamundi Hills is vital for Mysuru as it is a regulator of the local climate and if the hill was not protected, then the city environment, too, would suffer.”

Instead of removing encroachments and putting a check on vehicular traffic, the government is planning to create more concrete buildings in a fragile ecosystem. That’s the argument driving ‘Save Chamundi Hills’ campaign. Locals are accusing the government of pursuing wrong priorities stating that the need of the hour is safe drinking water and toilet facilities for the devotees and not the programmes that threaten wildlife.

The government’s announcement of the development plan raised heckles with the locals when several grievances were already piling up. The call for evicting hill residents and shifting them to the city is now shriller. With illegal houses and commercial complexes already taking a toll on the hills’ ecosystem, the protesters are determined to intensify their campaign if the government doesn’t recall its decision and ban constructions around Mahabaleshwara, Chamundeshwari and Satyanarayana temples.

If the government wants to think innovatively, it should listen to the alternatives suggested by the locals: ban private vehicles, introduce additional bus services, create a system to handle biodegradable wastes and introduce solar lighting at the top of the temples.

The campaign has attracted the likes of the Maharani of Mysuru, cricketer Javagal Srinath and wildlife photographers Krupakar and Senani. They have expressed solidarity with the campaign that’s being led by Kannada novelist S.L. Byrappa.

Fearing that the proposed project would be a “mass scale abuse of environment”, citizens have written a letter to Union Minster for Environment, Forests and Climate Change Prakash Javadekar, requesting him to halt projects atop Chamundi Hills. According to them, the state government was keen on executing this project with a sole aim of benefiting contractors.