This, despite the fact that the Joint Forest Management model has become obsolete with the coming of the Forest Rights Act 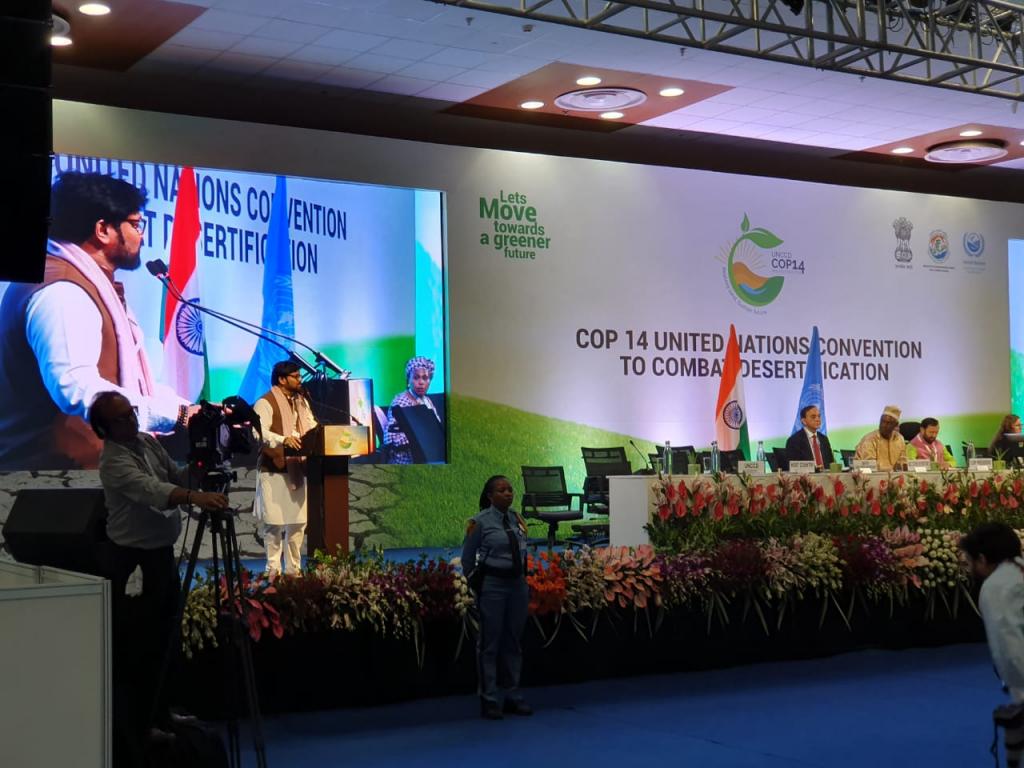 Supriyo was addressing delegates and media on the inaugural day of the United Nations Convention to Combat Desertification’s (UNCCD) 14th Conference of Parties (CoP).

The minister focused on the importance and success of the JFM model as a way of conserving biodiversity while ensuring participatory management of forests between forest dwelling communities and forest departments.

“Tribal people are the real protectors of forests and we have given them their rights,” he said, adding JFM came into being in 1991 and by 2010, over 26 million hectares of forest land was under it.

Under the JFM model, a JFM committee is formed, consisting of forest department officials as well as forest dweller communities. The committee undertakes work like prevention of forest fires.

Under the JFM model, the forest department is also supposed to share profits from timber harvests. But many studies show that the benefit is either not shared or when shared, it is not what was agreed upon.

“Many studies, including the Forest Research Institute’s own story says that most of the JFM committees are defunct and those which are functional, only undertake those activities which the forest departments want,” Sharachchandra Lele, distinguished fellow in environmental policy and governance at the Ashoka Trust for Research in Ecology and the Environment or ATREE’s Centre for Environment & Development, said.

“Moreover, the timber-harvesting profits are not properly shared and JFM is responsible for creating divisions within forest dweller communities,” he added

Moreover, after the implementation of FRA, the JFM model, which is based on joint management of forests, as opposed to the model of ownership espoused under FRA, has become obsolete.

“After the coming of FRA, a programme like JFM, which has no statutory authority, holds no ground. The FRA supersedes these JFM communities. The provisions of FRA are strong as they provide land tenurial security and autonomy to people. FRA has legal backing and people can move court for non-implementation of its provisions,” Lele said.

He added: “All of this is not there in JFM, where the people can only do the work given by the forest department. Whatever carbon financing has to take place now, should be through FRA Gram Sabhas, which are the authority to deal with such things under FRA. The ministry should stop going back and forth between JFM and FRA.”

The importance of legalising land tenure rights of forest dwellings communities to prevent soil degradation and desertification has also been recognised by the latest Intergovernmental Panel on Climate Change’s report on climate change and land.

India is hosting the UNCCD’s CoP 14 at New Delhi from September 2 to September 13 during which, the parties will come up with a ‘Delhi Declaration’, which would decide the course of action to combat desertification.