Can forest clearance grantees have their names added in record of rights, MoEF&CC asks states

The environment ministry on February 22 wrote to all states, seeking their views on the matter, according to documents 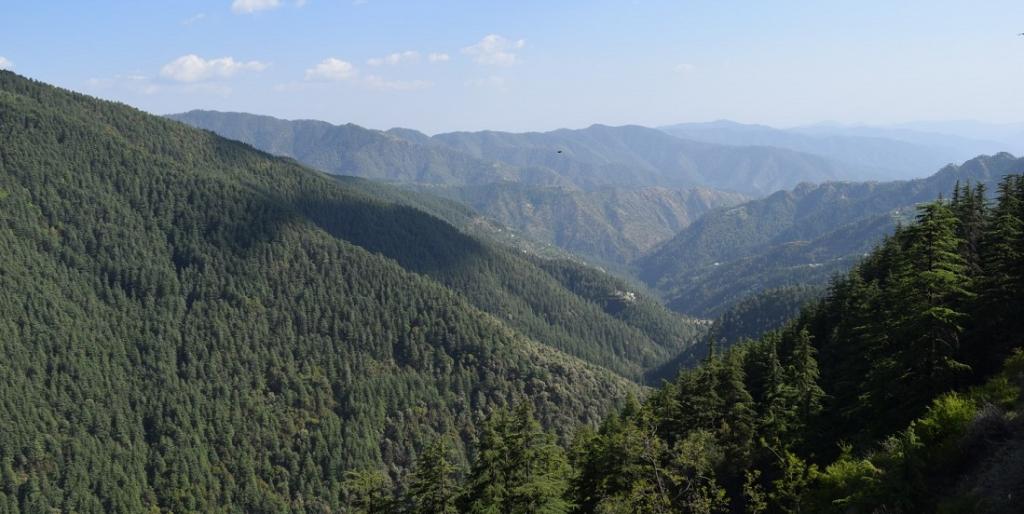 Does granting forest clearance to an agency lead to its name entering land title records? The Union environment ministry recently asked this to all states and Union territories.

The letter dated February 22, 2021 from Assistant Inspector General of Forests Suneet Bhardwaj came on the back of repeated requests by the Himachal Pradesh government since 2018.

The Himachal government had asked the Union Ministry of Forest, Environment and Climate Change (MoEF&CC) to clarify whether the names of user agencies who had received clearances to clear forests and set up projects could be entered in the record of rights for that land.

Such records are maintained by village Panchayats for every surveyed land parcel and typically contain details such as the names of landowners, tenants and how the land is used. The state claimed that entering user agencies’ names was necessary to allow them to mortgage the forest land for loans.

The MoEF&CC had responded in 2019: Such mutation was not legally permissible under the Forest (Conservation) Act, 1980 (FCA).

But on February 22, it asked states whether they followed such a practice. The authors possess a copy of the correspondence (not in the public domain) between the Himachal government and the MoEF&CC.

The ministry grants forest clearances over an average 200 square kilometres every year to governments (for roads, railways, etc) as well as to private developers for mining and hydel projects.

Land experts and former bureaucrats said entry in the record of rights was not a common practice and such records were also not legally admissible as evidence. The state government’s second request for clarification appeared to be in contradiction of the FCA.

The Himachal government and MoEF&CC did not respond to requests for clarifications by Down To Earth by the time of publishing.

The Himachal government first wrote to the MoEF&CC December 5, 2018, seeking a clarification on whether forest land could be “transferred by way of mutation” in the name of the developer who had received forest clearance for the land, in the record of rights maintained by the state’s revenue department.

It said the reason for this clarification was to avoid multiple clearances being granted for the same land. This apparently was the case regarding a plot first cleared for Stage-I of Chamera Hydroelectric Project and subsequently in favour of BTC DAV college.

“Due to absence of any entry qua possession of diverted forest lands in favour of User Agency in the Revenue Record, there is every likelihood of such omissions,” the state government’s letter noted.

It is clarified that the forest land diverted for non-forestry purpose under FCA 1980 will be having legal status as ‘forest’ even after diversion. Hence, the diverted forest land cannot be transferred by way of mutation in the name of User Agency / User Department in the record of rights (Revenue record) by the Revenue Department

But Dhiman again wrote to the ministry November 12, 2020. This letter provided additional context as to why the clarification was being sought.

“In view of this provision, execution of the lease deed in respect of diverted forest land after approval of the MoEF&CC pre-supposes that title is created, which has to be incorporated in Record of Rights through mutation,” the letter said.

The letter stated that due to the MoEF&CC’s July 2019 clarification, a “large number” of projects on forest land by private developers, public sector units and government departments were “facing difficulties” in raising financing for projects by mortgaging the land. There were 31 such cases in the state and “more number of such cases will arise in future.”

“It is essentially required that the entry of diverted forest land be made in the Record of Rights qua possession in the name of User Agency”, the letter read. It requested the MoEF&CC to issue a “fresh clarification” at the earliest.

On February 22, the MoEFCC’s Bhardwaj wrote to all states and Union territories, referencing the correspondence with Himachal Pradesh and requesting them to “furnish the comments / views and existing practices adopted by the states / UTs in this regard.”

This correspondence between the Himachal Pradesh government and the MoEF&CC raises several questions.

The letter requesting review of clarification specifies transfer of title “by way of lease or otherwise”. Under the FCA and accompanying rules, any transfer of forest land can only be done through lease and not “otherwise”.

The letter mentions that this is for the purpose of allowing the developers in favour of whom the land has been leased, to mortgage such land to financial institutions in order to raise capital.

However, the creation of lease does not result in a transfer of title. The handbook of the FCA, 1980 and Forest Conservation Rules, 2003 published by the MoEF&CC in 2019 states that the diversion of forest land for non-forest purposes is only a “right to use” granted to the user agency without any change in legal status of the forest land, and that the entity using the forest and cannot mortgage, reassign or sublease it [Chapter I: Court Orders and General Clarifications, Paragraph 1.9]. The Himachal Pradesh government’s request, made by way of the second letter, therefore appears to be illegal.

These demands also appear to contradict conditions typically imposed along with the forest clearance. For instance, a clearance  letter issued recently to set up an All India Institute of Medical Sciences in Himachal’s Bilaspur town lays down clear conditions such as “Legal status of the diverted forest land shall remain unchanged” and that “The forest land shall not be used for any purpose other than that specified in the proposal and under no circumstances be transferred to any other agency, department or person.”

A former senior bureaucrat of the Himachal Pradesh government said the purpose of mortgaging could be met by signing a lease over the land, which a bank could sell to another party in case of default of the user agency. In the past, hydroelectric companies in the state had demanded such leases and the state now offers such leases for a nominal rent, the official said.

“Record of rights are irrelevant since they do not have evidentiary value. Even if the name of the agency is entered, a bank cannot cite it to recover its dues,” the official said.

“Maybe the leases are not being signed to the satisfaction of financial institutions and they might be demanding entry in the record of rights,” the official added.

In fact, even the recognition of individual forest rights under the Scheduled Tribes and Other Traditional Forest Dwellers (Recognition of Forest Rights) Act, 2006 (“FRA”) does not lead to the revision of entries in the record of rights.

“When rights are recognised under the FRA, the forest department does not mutate the records in the rights holder’s name”, Sharachhandra Lele, senior fellow at Ashoka Trust for Research in Ecology and the Environment, said. “If anyone needs the ability to mortgage land to banks, surely it is the poor adivasi farmer.”