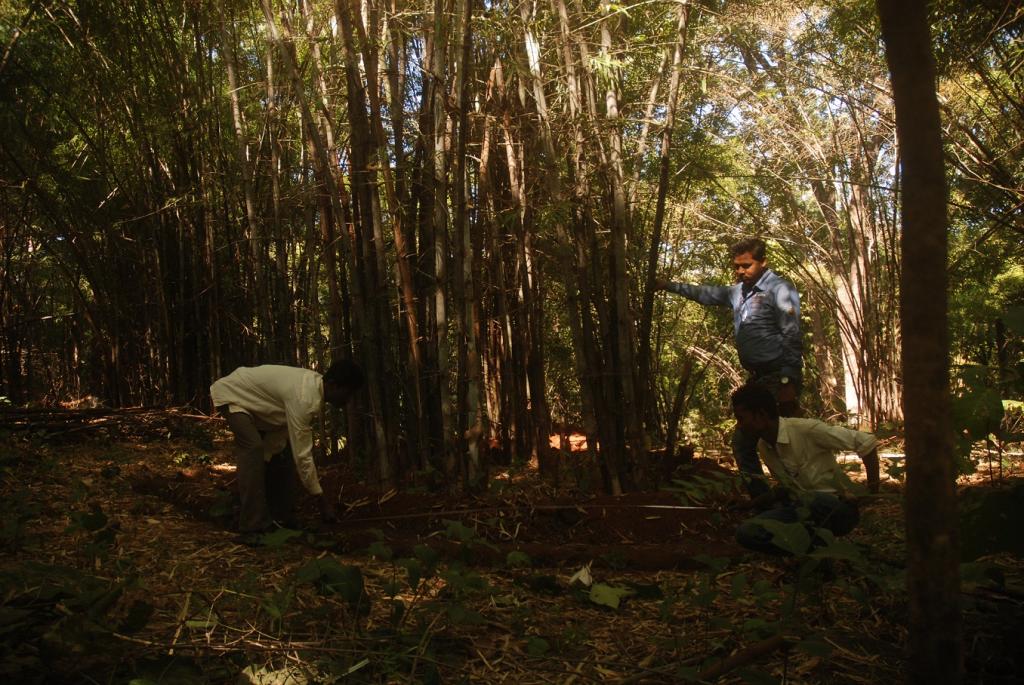 Several villages have been facing the challenge of diversion of their community forests. Credit: Kumar Sambhav Srivastava / CSE

On November 8, 2017, the Ministry of Environment, Forest and Climate Change (MoEF&CC) issued guidelines, specifying criteria for suitability and identification of land bank for compensatory afforestation. The guidelines coincide with a public hearing on land grabbing of forest dwellers in the name of compensatory afforestation, organised just a day before, in Bhubaneswar.

The latest guidelines note that "in many cases a substantial portion of the land identified for compensatory afforestation already contain vegetation of varying density. Creation of compensatory afforestation will not fully compensate the loss of trees as there will not be enough space for the requisite number of plants to be planted." Instead of outrightly rejecting such lands, the Ministry has suggested that at least 1,000 plants per hectare (ha) should be planted on the identified non-forest lands. The guidelines, almost in the same breath, also provide relaxation to the criteria by stating that in case planting 1,000 plants per ha is not possible on non-forest land; the balance number of plantations can be done on degraded forests.

“The guidelines have tried to address the mounting challenge of land scarcity for compensatory afforestation. However, they have fallen short of clarifying the minimum threshold for undertaking plantations on non-forest land. Nevertheless, various forest ecosystems in India have different natural tree densities. Putting a general criterion of 1,000 plants per ha (or difference between 1,000 and existing tree stock) raises more questions than it answers,” says Ajay Kumar Saxena from Delhi-based Centre for Science and Environment.

An encouraging aspect is the emphasis on activities such as soil and moisture conservation and regeneration cleaning to ensure maintenance of plantations for a period of seven to 10 years. Poor survival rate of plantations raised under compensatory afforestation has raised serious questions about their effectiveness.  In fact, India’s growing stock has been steadily reducing over the years, despite the staggering extent of forestland brought under plantations exceeding 19 million ha during 2003 to 2014, according to MoEF&CC’s estimates. “The emphasis on specifying a time period for maintenance of plantations is a welcome move. It would have been better if the guidelines had also specified a certain percentage of compensatory afforestation funds to be set aside exclusively for this purpose,” Saxena continues.

The guidelines have also directed the constitution of state-level committees under the chairmanship of the Principal Chief Conservator of Forests to expedite the creation of land bank for compensatory afforestation. The Committee will comprise the Chief Wildlife Warden of the State and representatives of the revenue department. The eligibility criteria for such land has been expanded to include degraded forests with crown density (relation of the area of crown canopy of a forest to the land area) of up to 40 per cent, areas falling in wildlife corridors and around Protected Areas, and eco-sensitive zones that are under the direct administrative control of the forest department. Additionally, land in the catchment areas of water bodies and habitats of rare, threatened and endangered flora and fauna can also be added to the land bank.

The land identified for compensatory afforestation is required to be notified as Reserved Forests under the Indian Forest Act of 1927. While the forest department’s jurisdiction would extend over new lands through this process, tribal dispossession of lands in the name of compensatory afforestation could increase, as is already happening in several parts of the country. Cases of violation of the Forest Rights Act of 2006 (FRA), which have been reported, are likely to be exacerbated by these guidelines.

On November 7, 2017, a day before the guidelines were issued, a public hearing saw community testimonies on forced plantations on the individual and community lands of forest dwellers. Community members from nine districts of Odisha attended the hearing.

Rebathi Juang from Rangamatia village of Keonjhar district shared how Tata Steel and the forest department had fenced the village’s community forests and installed three boards: two for iron and manganese mines and one for plantations. The plantations have not only been done on forests claimed as Community Forest Resource (CFR) but also on lands, including Rebathi’s, over which titles for individual forest rights (IFR) of cultivation had been issued. Similarly, the IFR lands of the Kutia Kondh community in Burlubaru and Paikpada villages in Kandhamal district had also been planted with teak by the forest department.

In Chhattisgarh, too, at least ten villages from Baloda Bazar have been reportedly facing the challenge of diversion of their community forests for compensatory afforestation plantation and fencing by the forest department. In 2015, these villages had filed for CFR claims over the lands, which are now being faced. The title deeds are yet to be issued.

“With the FRA in force, an estimated 40 million ha of forestlands are claimable as CFRs. This applies particularly to zupti jungle, chote/bade jhar ke jungle, jungle-jhari land, and civil/soyam lands with extensive community rights recorded in them. Treating these as non-forest lands in violation of the Supreme Court's order and requiring that these be converted into a land bank for compensatory afforestation is criminal and must be challenged,” says Madhu Sarin, a forest rights activist. “Once the lands are identified and included into the land bank for compensatory afforestation, it will be yet another reason used to reject the claims approved by the concerned Gram Sabhas,” says C R Bijoy, another forest rights activist.

The absence of community representation in the committees to be constituted for the identification of the land bank is also a matter of concern. “At the very least, MoTA at the central level and Tribal Welfare Departments at the state level need to be represented in these committees for compensatory afforestation land banks,” Sarin adds.