Accusations on tribals will divert attention from the illegal trade’s main facilitators, says a new report 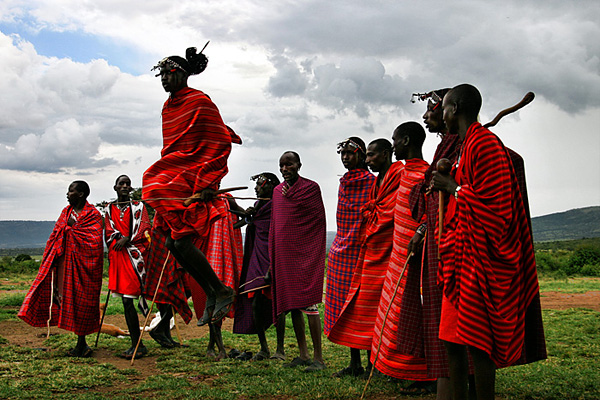 A report by the Royal United Service Institute (RUSI) suggests that links between illegal ivory trade and terrorism in East Africa are vastly exaggerated.

The report, titled An Illusion of Complicity: Terrorism and the illegal wildlife trade in East Africa, was launched by former UK Foreign Secretary William Hague on Tuesday. It explores the complex ecosystems of terrorism, poaching and ivory trafficking in East Africa and debunks the notion that poaching significantly funds terrorist groups like Somalia’s Al-Shabaab.

Tribal people in Africa, like the Bushmen in Botswana, Bayaka in the Republic of Congo, and Baka “Pygmies” and their neighbours in Cameroon, are criminalised as poachers for hunting to feed their families.

In 2015, Botswana’s President Ian Khama said, “Wildlife trafficking is no longer simply about trade in wildlife and their parts and derivatives. Proceeds of trafficking are used to fund other crimes such as terrorism, arms and drugs trafficking.” Botswana has issued a ban on hunting, which particularly targets subsistence hunters like the Bushmen.

The solution to the problem is two-fold. There is a need to restrict Al-Shabaab financing on one hand and counter the illegal ivory trade on the other.

The latter can be achieved by “greater co-operation between agencies, in the form of cross-border and inter-agency information sharing across the region and beyond,” the report claims. Meanwhile, greater engagement with the UAE and Saudi Arabia as primary regional trading hubs for charcoal and sugar should be prioritised to tackle the former.

As we pin blame for the illegal ivory trade on tribals, accusing them to be terrorists, highly-networked organised crime groups (OCGs), brokers and corrupt government officials continue to drive the trade across East Africa, the report claims. This has dangerous consequences as it will divert attention from the trade’s main facilitators and, counter-intuitively, from Al-Shabaab’s known funding sources.

"Conservation has to clean up its act and stop peddling inventions. There is undoubtedly an organised poaching trade in some countries, but it must stop being used as an excuse for abusing tribal people, whose lands are still being stolen by the conservation industry. Conservationists hunt for sport, tribal people aren’t allowed to hunt for food," Stephen Corry, Director of Survival International, the global movement for tribal peoples’ rights said.