The largest losses, mostly in forests, occurred in the Sundaland, Indo-Burma and Mesoamerica hotspots, all in developing countries

Conversion of rainforest to oil palm plantations was a major cause for loss of forest cover in the Sundaland biodiversity hotspot. Photo: Flickr

Top biodiversity hotspots of the world lost 148 million hectares (mha) of land to agriculture and urbanisation between 1992 and 2015, a global analysis released October 30, 2020, by the Norwegian University of Science and Technology, said.

Most of the land lost — nearly 40 per cent, or 54 mha — was in the form of forests. The three largest losses in forest area occurred in the biodiversity hotspots of Sundaland (Indonesia), Indo-Burma (mainland southeast Asia) and Mesoamerica.

The three hotspots accounted for forest losses of 11 mha, 6 mha, and 5 mha respectively. This corresponds to a relative loss of 13 per cent, six per cent and seven per cent, respectively, of the forest area originally present in 1992, the study showed.

A ‘biodiversity hotspot’ was defined as an area that contained “exceptional concentrations of endemic species that were undergoing exceptional loss of habitat”, according to the team that conducted the study.

These areas compose 2.3 per cent of the Earth’s surface but have more than half of the world’s endemic plant species, according to the International Union for Conservation of Nature. Thirty-four biodiversity hotspots were covered under the study.

Sundaland, Indo-Burma and Mesoamerica are all in the tropics. They lost forests due to three major reasons, according to the study:

Not even protected areas inside the hotspots were spared from deforestation, according to the study.

The formally protected areas lost an equivalent of five per cent of their forest cover during the 24 years the researchers looked at. About 4.5 mha of forests were lost between 2000 and 2015.

The only saving grace was that protected areas within hotspots generally lost less forest cover than the land outside protected areas, especially during the last five years of the study (2010-2015). Around 1 mha of land was lost during this period. 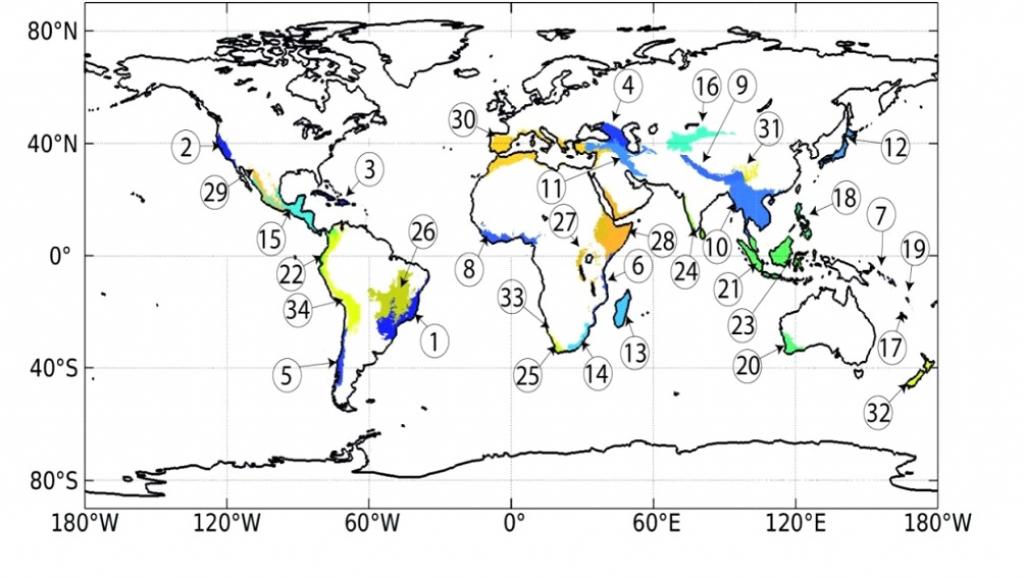 Source: Frontiers in Ecology and the Environment

Some hotspots did gain forest cover including the mountains of Central Asia, the Irano-Anatolian area and the Atlantic forest in North America.

The gains were due to reforestation of agricultural land. However, this reforestation would not able to make up for losses of biodiversity, according to the study authors.

The conversion of forests to farm land majorly benefitted rich corporates, the study said. It cited the example of Sulawesi in Indonesia, part of the Sundaland hotspot.

Top food companies like Nestle SA and the Unilever group have recently been accused by the Rainforest Action Network for speeding up conversion of rainforests into oil palm and pulp plantations in Indonesia.

Major corporations have exploited these areas for commercial gains that includes producing cattle feed. The local population might get some benefits from revenues, but not much, according to the study.

The study called for actions to control and reverse the biodiversity hotspot losses. These included efficiency in agricultural production, food value chain and distribution, less food wastage and changes in diet.

Controlling the loss of forest cover in such hotspots would also prevent more pandemics in the future such as the novel coronavirus disease (COVID-19) as outlined by a recent report of the Intergovernmental Science-Policy Platform on Biodiversity and Ecosystem Services .

The study was published in the journal Frontiers in Ecology and the Environment.