The board approved coal mining proposal that diverts 98.59 hectares of forest land in Dehing Patkai 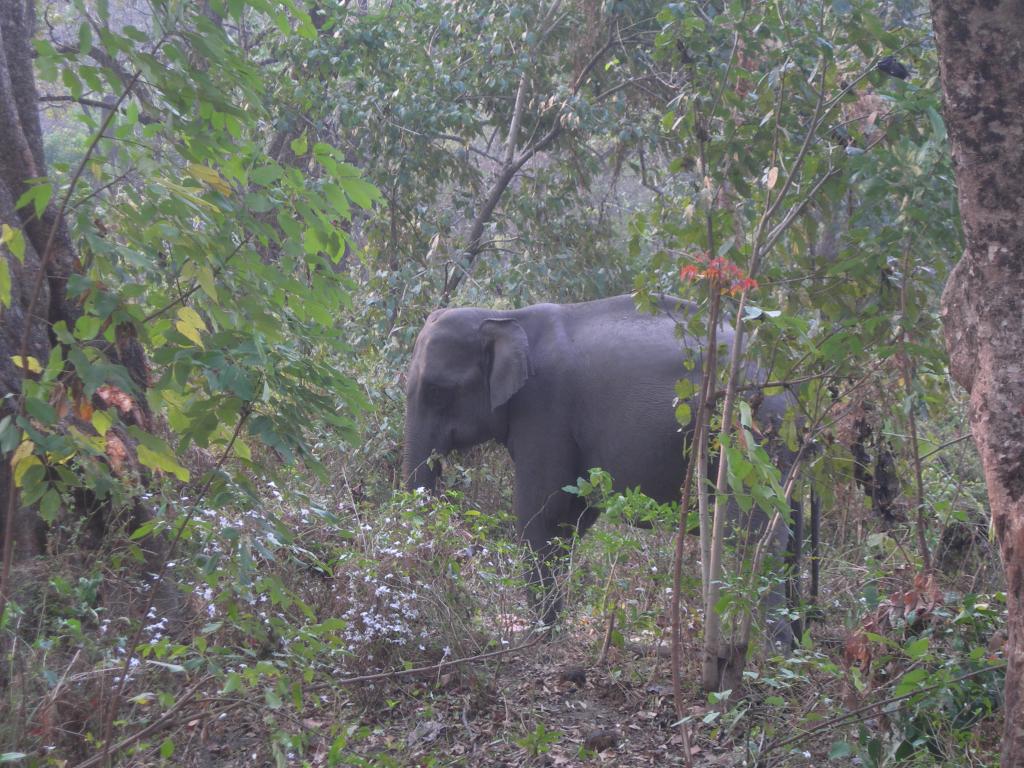 A proposal for coal mining by the North-Eastern Coalfields (NECF), a unit of government-run Coal India Ltd (CIL), inside Assam’s Dehing Patkai elephant reserve was granted approval by the National Board for Wildlife (NBWL) on April 24, 2020, despite a Rs 43.25 crore penalty imposed on CIL by the Assam forest department.

The proposal called for the diversion of 98.59 hectares (ha) of forest land in the Saleki proposed reserve forest (PRF) area, a part of the larger elephant reserve.

This 98.59 ha, however, included land NECF mined illegally for several years, according to a site inspection report by the Shillong regional office of the Union Ministry of Environment, Forests and Climate Change (MoEF&CC).

The report — submitted to the MoEF&CC on November 25, 2019 — said NECF obtained a 30-year mining lease. The lease expired in 2003 and NECF applied for a renewal only in 2012, while it continued mining operations.

“Once the user agency applied for prior approval (of forest clearance) from the Union government, it is implied that till such time the approval is obtained, no fresh mining should have been carried out,” the report stated.

The area over which NECF continued mining — without obtaining a lease renewal and forest clearance — included 73.2 ha of the 98.59 ha for which a clearance was proposed, according to the report.

The report also called out Assam’s state government for failing to take action, considering such mining activities were in violation of the Assam Forest Regulation Act, 1891.

The report called on the MoEF&CC to “take necessary action on the gross violations committed by the user agency”.

The Assam forest department imposed a penalty of Rs 43.25 crore on CIL for carrying out “illegal mining” inside the forests of the Dehing Patkai elephant reserve between 2003 and 2019, on May 6. It is strange, therefore, that the NBWL recommended the project even though the MoEF&CC and the Assam forest department took note of the clear violations.

Raman Sukumar, a member of the NBWL, said CIL was “asked to come back to NBWL-SC (standing committee) with a site-specific mine restoration plan”.

This was to be done in consultation with the Assam forest department for 57 ha of land over which CIL undertook mining before 2012, that is, before applying for a renewal of lease and forest clearance.

When asked if this meant the project was being granted post facto clearance, Sukumar said it would be considered on the basis of the mine restoration plan. “Restoration of mined areas to their original state is obviously an impossible task,” Sukumar said. “How close they can come is an open question that applies to all mining activity,” he added.

As for the remaining ‘unbroken’ area, the NBWL asked the CIL to submit a feasibility report for underground mining. The decision that NBWL took “was to not allow mining on the surface of the remaining 41 hectares,” Sukumar said.

While the site inspection report said illegal mining was carried out on the ‘unbroken’ land as well, the NBWL failed to take note of this. It instead categorised the entire 41 ha as ‘unbroken’.

“I was appointed to the state board for wildlife (SBWL) in 2014 and in the 2014 meeting of the board, I protested against this project,” said Mubina Akhtar an Assam-based conservationist. “Several members also opposed (the coal mining project) because this is the last remaining rainforest area in Assam,” she added.

Saleki is one of the more than two dozen PRFs in the Dehing Patkai area. Taken together, they form a contiguous forested landscape that also connects to the Deomali elephant reserve in Arunachal Pradesh.

“Elephants use these corridors to migrate,” Akhtar said. Mining and other ‘development’ activities in the area, thus, are a big threat to elephants and all other wildlife whose habitat lies within Assam’s forests and extends across the contiguous landscape.

“This is a very rich habitat from the point of view of biodiversity. The Patkai hills, where coal mining is underway, is a part of the eastern Himalayas that also connects to the forests in Myanmar. It is a very big patch of forest area,” she added.

Akhtar also raised concerns about her removal from the SBWL stating that the decision was most likely taken over her stance against projects that she considered to be disastrous to local ecology.

In 2016 — when a new government was sworn-in — Akhtar said she was removed from the SBWL without being given formal communication about her removal.

“I found out that I was removed after I saw the minutes of the meeting held in 2016,” she said.

There are also other concerns about illegal mining in the upper Assam landscape.

The area over which CIL illegally conducts mining is only a small portion of the total area where such illegal activities by several other companies are carried out, Assam-based environmental activist Rohit Choudhury alleged.

“Illegal rat hole mining is a burning issue in the area. Pradyut Bordoloi (Congress Member of Parliament) raised this issue in the Parliament as well,” Choudhury said.

The same site inspection report, in fact, also took note of other illegal coal mining activity carried out “at several places in the vicinity of the (Tikok open cast mine) project area”. The report also said numerous rat-hole mines were noticed by the investigating team.

Queries to MoEF&CC officials about concerns over allowing mining at a rainforest that is part of an elephant reserve remained unanswered.