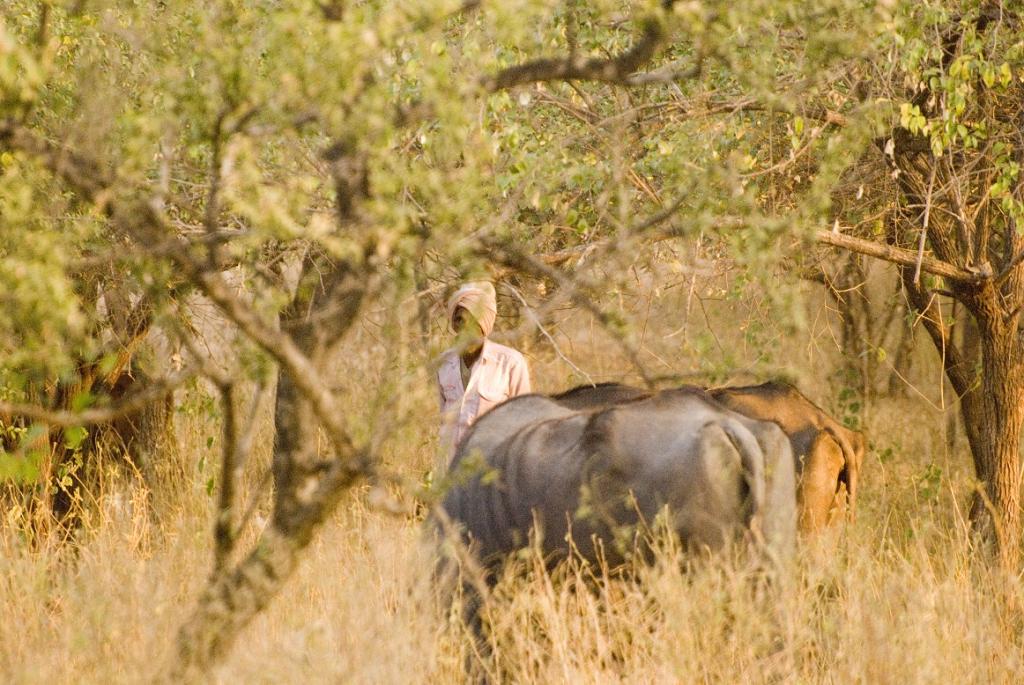 The new policy could open the door for private firms to grow and harvest commercial plantations. Credit: Agnimirh Basu

In a symbolic gesture, the government of India put out a draft national forest policy for public comments a week before the International Day of Forests on March 21. The environment ministry has sought comments and suggestions from all stakeholders by 14 April, following which this document will guide forest management in India for the next 25-30 years.

According to the policy draft, the revision of the existing 30-year-old forest policy is needed to "integrate the vision of sustainable forest management by incorporating elements of ecosystem security, climate change mitigation and adaptation…"

The ten-page draft document talks about developing "public private participation models" for undertaking "afforestation and reforestation activities in degraded forest areas and forest areas available with Forest Development Corporations and outside forests". This could mean giving corporate sector the permission to grow, harvest and sell trees on government-owned forest land. This provision has generated much reaction from rights activists who fear that the move would lead to leasing out of forest lands, traditionally used by tribals, to private companies.

"The present government seems bent on reversing the modest gains of the past three decades by making the private corporate sector, once more, the key beneficiary of state forest policies. This is the inescapable conclusion one reaches after reading the Draft Forest Policy, 2018," Ramachandra Guha wrote in The Telegraph on March 31.

Ecologist Madhav Gadgil, who is the founder the Bengaluru-based Centre for Ecological Sciences, recently, told the Times of India that the lands under forest development corporations must be assigned as community forest resources to local communities. "Assigning community forest rights in the country has been the most important contribution to usher in sustainable management of forest resources that is genuine," he said.

According to an editorial in the Indian Express, the draft document "persists with the methodological weakness of the Indian Forest Survey Reports of the past 30 years" that combines plantations with forest cover. The draft policy aims at increasing India's forest cover to 30 per cent of its land area. It also envisages "intensive scientific management of forest plantations of commercially important species like teak, sal, sisham, poplar, gmelina, eucalyptus, casuarina, bamboo…" to address the issue of poor productivity of forest plantations in most states. The editorial argues that plantations are no substitute for biodiverse ecosystems, consisting of indigenous species, when it comes to climate change mitigation.

Tushar Dash of the advocacy group Community Forest Rights believes that this could open the door for private firms to grow and harvest commercial plantations, which would hurt the ecology and deprive tribal communities of their livelihoods. "It (draft policy) raises serious concerns about the impact of monoculture plantations on biodiversity and the local ecology, as well as displacements and violations of the rights of tribal and forest-dwelling communities," Dash recently told the Thomson Reuters Foundation.

In February, the findings of the State of Forests Report exposed the fact that India's green cover is about 22 per cent of its geographical area, which is a long way from the goal set by the draft forest policy. Besides deforestation, rampant diversion of forest land for non-forestry purposes is also nagging problem that has questioned efficacy of the existing forest policy. According to the latest report by the Comptroller and Auditor General (CAG) of India, the forest department of Gujarat has not been able to recover over Rs 42 crore from the companies that have diverted 1,134 ha of land from sanctuaries and national park. Such examples abound across the country.