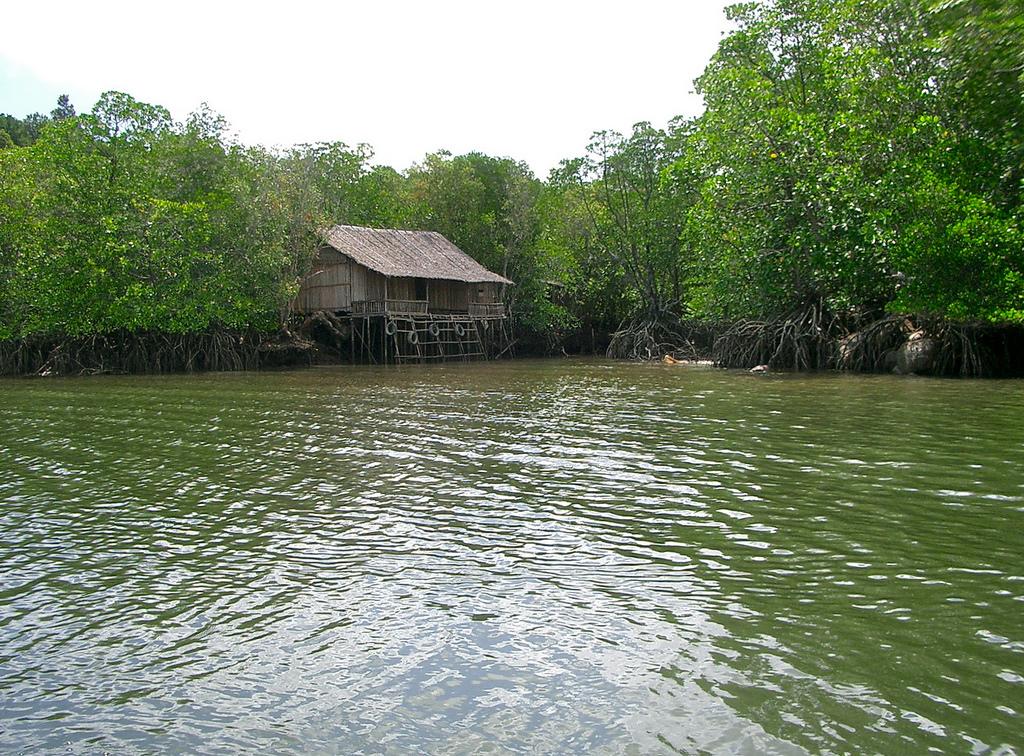 Indonesia is home to 22.6 per cent of all mangroves in the world Credit: Kento Ikeda / Flicker

A carbon stock assessment study conducted in Kaimana, West Papua by Conservation International (CI), as part of the Blue Carbon Initiative, has revealed that mangroves in Indonesia are one of the world’s most viable solutions to fighting climate change.

Each hectare of mangrove in Arguni Bay, a district of Kaimana, in the province of West Papua was found to store 717 tonnes of carbon or 2,631 tonnes of carbon dioxide. This indicates that conserving the mangroves of Arguni Bay is equivalent to removing 296,050 gallons of petrol, 34.8 truck tanks of gasoline, and 2,825,994 pounds of coal from the atmosphere.

Indonesia is home to the world’s largest mangrove population, housing 22.6% of all mangroves on earth. The nation’s mangroves possess the largest mitigation potential in any country – about 30 million tons of carbon emissions could be reduced from avoided mangrove conversion each year, an amount that is roughly equal to New Zealand’s annual carbon emissions. In addition, a previous study by Alongi, et al. (2016) indicated that seagrass and mangrove ecosystems in Indonesia store around 3.4 billion metric tonnes of carbon – effectively rendering the country’s Blue Carbon assets a giant global carbon sink.

Since its inception, the Blue Carbon Initiative has focused on mitigating the impacts of climate change through reducing carbon emissions. In 2014, the Initiative and CI commenced on a comprehensive study in the Kaimana Regency in 2014 to analyze the value of its mangroves, which cover over 50,500 hectares. This objective is well-aligned with the Indonesian government’s commitment to reduce carbon emissions by 29%-41% by 2030.

Mangrove ecosystems also play a pivotal role in supporting the local communities. Mangroves provide food security and livelihoods through its natural resources, such as mangrove crabs, and fish-spawning habitats. They also act as storm buffers for coastal communities who may otherwise lose their homes during storm surges. Unfortunately, mangroves in Indonesia are being lost at an estimated rate of 1-2% each year to agriculture and aquaculture.

Recognising these ecosystem services, the Blue Carbon Initiative also supports the development of sustainable livelihoods for local communities, such as sustainable mangrove crab cultivation, and provides all levels of government, from local to national bodies, with recommendations to formulate and implement regulations to properly manage protected areas. CI is also working with the government to secure sustainable financing for Kaimana’s marine protected areas – allowing the marine ecosystems in Kaimana to endure for generations.

"We've always known that the mangroves of West Papua were extremely valuable. After all, West Papua holds 70% of the country's mangrove. This study alerts just how important it is to conserve mangroves not only for the local people, but as a mitigation approach to cope with the problems of global climate change. We predict that other parts of Kaimana, such as Buruai and Edna may store even more carbon. Therefore we are conducting the similar study  there now in order to have complete picture on Papuan mangrove,” said Victor Nikijuluw, Marine Program Director for CI Indonesia.

Head of Conservation Area Management of the Directorate of Spatial Planning for Marine for Indonesia’s Ministry of Marine Affairs and Fisheries, Andi Rusandi said, “We hope that the Blue Carbon Initiative will address the issue of carbon emissions while providing economic benefits for our people. We will work in close partnership with CI toward the conservation of mangrove ecosystems and improved marine protected area management in Indonesia.”

"With the success of the Blue Carbon Initiative, we also hope that it can be replicated and adopted in other areas of West Papua or even Indonesia to further conserve our natural assets for the local people and facilitate the Government’s commitment in mitigating climate change," he concluded.

This article was originally published in Conservation International