Activists say that in 3 villages of Kalahand district, the Odisha forest department is imposing on the rights of forest dwellers to dispose bamboo, guaranteed under FRA 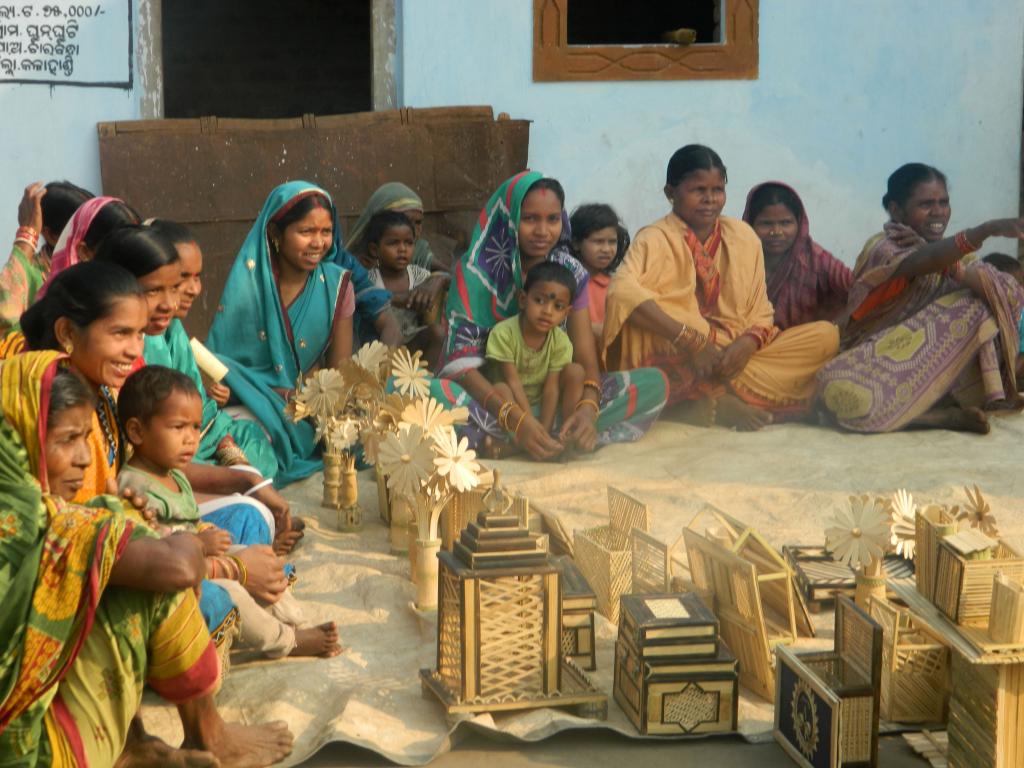 Jamguda was the first village in Odisha and 2nd in India to sell bamboo in 2010 under FRA. Photo: Sudhansu Sekhar Deo.

More than two weeks after the cabinet cleared an amendment in the India Forest Act, 1927 (IFA) to deregulate trade of bamboo grown on non-forest land, forest dwellers from Odisha are complaining that the state forest department is not letting them exercise their rights over disposal of bamboo, secured under the Forest Rights Act, 2006 (FRA).

On November 23, the government promulgated the Indian Forest (Amendment) Ordinance, 2017 to exempt bamboo grown in non-forest areas from definition of tree, thereby dispensing with the requirement of felling or transit permit for its economic use.

Although the deregulation of bamboo on non-forest land is expected to encourage use and supply of bamboo and improve economic well-being of farmers, forest dwellers and activists complain that the state forest department is interfering in the disposal of the Minor Forest Produce, which remains under the authority of gram sabha, not the forest department, under FRA.

FRA empowers forest-dwellers to protect, manage and conserve their forest resources for sustainable use and livelihood.

On 4th December, the Forest Division Office, North Kalahandi told residents of Jamguda village that they need to undergo training on bamboo management by the department, without which no decision will be taken on the Transit Permit (TP) book, a permit document which allows them to transport and sell bamboo commercially under the FRA.

The permit is put on hold on the basis of the Divisional Forest Officer’s note (see image below) claiming that bamboo management by the villagers was not “scientific” and sustainable. In his 30th October note in the visitor’s register of the village, Vishwanath Neelannavar observed that the villagers followed the clear felling system instead of removing only those culms which were older than three years. He added that the villagers should participate in the training organised by the forest department to learn “scientific” management of forests.

Activists claim otherwise. Sudhansu Sekar Deo, a Kalahandi-based forest rights activist told Down To Earth, “The village has already been practicing sustainable harvest of bamboo. If you see Jamguda’s bamboo forests today, the regeneration will tell you how well the communities are managing their forest resources. The forest department wants to prove that the communities cannot manage forests without its support.”

Jamguda is the first village in Odisha, and second in the country to sell bamboo after its community forest rights over MFP were recognised in 2010. From 2013 to 2016, bamboo and its products have provided a turnover close to Rs 10 lakh to the villgers. In 2013, Jamguda got the TP for the first time and also received training on bamboo, following which the gram sabha prepared a set of rules for bamboo harvesting.

Deo adds that, “Under FRA, gram sabhas have the complete authority to decide how they want to manage their Community Forest Resource (CFR) areas. The department should provide technical assistance or training to gram sabha members only when requested to do so, and not impose it on communities. Odisha government should send clear directions to the forest department to respect the provisions of FRA.”

While uncertainty looms over the permit for Jamguda, another village in the same district is facing a similar problem. In a letter addressed to the secretary to the Gram Sabha, the forest division rejected TP for bamboo to Pipadi village saying that its CFR title deed placed a limit for collection and sale of MFPs up to head load/bhar/cart load/cycle and that there is no provision in it to allow the commercial sale and transport of such forest produce.

Activists say the rejection of TP book to Pipadi is illegal as section 3(1)(c) of FRA, recognises the rights of forest-dwelling communities to own, collect, use and dispose all MFP, including bamboo, from their CFR areas.

“The 2012 Amendment Rules of FRA state that the disposal of MFP shall include the right to sell and transport within and outside forest area through appropriate means of transport. The Rules also explain that the authority to issue transit permit for the transportation of MFP will lie with the gram sabha and not the forest department,” says Tushar Dash, a Bhubaneswar-based forest rights activist.

“The district administration often issues CFR title deeds with such conditions in Kalahandi. Even Jamguda’s title deed had these riders,” says Deo.

Another village in the district, Tadkabali, had to seek the intervention of the Human Rights Commission in January this year to get the TP book for bamboo.

Kalahandi witnessed a significant development early in November. After months of protests, six gram sabhas in the district successfully asserted their rights for sale of tendu leaves to traders of their choice, instead of the state forest department which monopolised it for more than five decades. Activists also allege that the loss of control over commercially important MFPs such as bamboo and tendu leaves is the reason the forest department in Kalahandi is interfering in CFR rights implementation.