Pledge to replant nearly 20 million hectares of forest by 2020 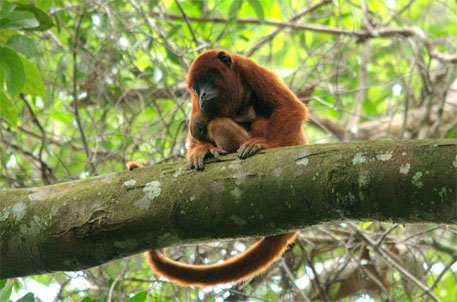 Eight countries of Latin America on Sunday pledged to replant nearly 20 million hectares of forest by 2020 on the sidelines of the UN climate conference in Lima, according to a report on the website of South African radio station Jacaranda FM.

Agriculture and environment ministers from Mexico, Guatemala, El Salvador, Costa Rica, Colombia, Ecuador, Peru and Chile met at a sessiondubbed "20x20", held on the sidelines of the conference.

Mexico made the biggest pledge, promising to restore 8.5 million hectares, followed by Peru, which promised 3.2 million, Guatemala, 1.2 million, and Colombia, one million. Ecuador promised 500,000 hectares, Chile another 100,000, and Costa Rica 50,000. The report added that private investors pledged to support the deal with $365 million. The deal aims at reducing greenhouse gas emissions generated by deforestation and land-use changes.

Another report on Latin American multimedia news website Telesurtv.net quoted Peru’s agricultural minister, Juan Manuel Benites Ramos, saying,"In Peru, we are losing forests at an impressive speed due to illegal mining, overgrazing and coca planting. The region needs to work on replanting the forests and moving toward ‘carbon-neutral’ agriculture.”

His Argentine counterpart, Roberto Delgado, also urged putting the brakes on deforestation."In addition to restoring soil, it is important to stop losing hectares," he said.

“The restoration of land in the region is also essential to promoting equity and reducing poverty, promoting development in poor rural communities, and achieving a low carbon future,” said Colombia’s minister of environment, Gabriel Vallejo, in the report on Jacaranda FM.

Experts estimate that about the half of the 4,200 tonnes of greenhouse gases produced by Latin America, are a consequence of the wrong use of land and the loss of forests.