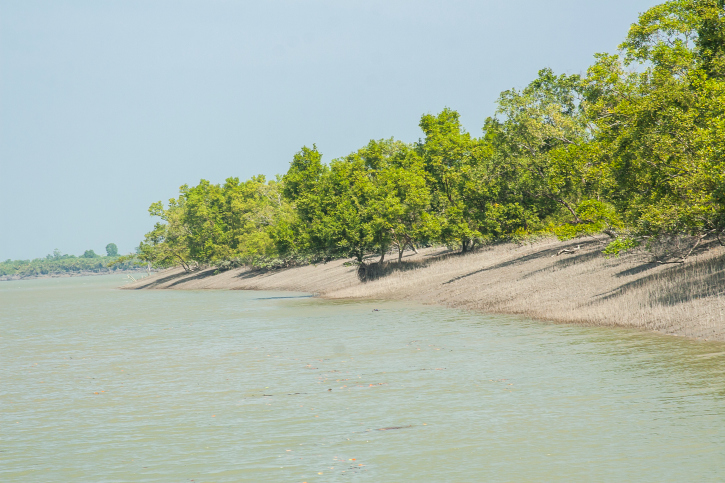 Fishing communities and forest dwellers from Sundarbans, the world’s largest mangrove forests, came together at a public hearing to push the West Bengal government to implement the Forest Rights Act. The hearing was organised in Rangabelia village on February 1 by Sundarbans Jansramik Union, an affiliate of All India Forest Workers' Union, and non-profit Delhi Support Group, along with various groups from the state.

In 2007, West Bengal increased the size of the area reserved for the Royal Bengal tiger by 1,800 square kilometres, making it difficult for fishers, honey collectors and others to access the forests. According to Debashish Mandal, secretary of South Sundarbans Fish Workers' Union, this is the first time a fishing community in India has demanded rights under the Forest Rights Act, 2006, to help them secure their livelihoods.

"By demarcating the core area, our traditional routes are now under the forest department's control. While fish workers face attacks by tigers and sea pirates and often risk their lives, forest department officials seize our boats from the core area," Mandal said. He added that tiger attacks on humans have increased from 50 to 170 a year.

Honey collectors also find it difficult to venture into the forests. "Since 2001, we have been raising the issue of the fishing community and honey collectors and have filed a petition in the Supreme Court to bring the people living in Sundarbans under Forest Rights Act, 2006," said Naba Dutta, a Kolkata-based activist who is one of the petitioners. Honey collectors told the panel headed by senior Supreme Court advocate Sanjay Parikh that while the forest department buys all the honey collected by them, it has stopped them from entering the core area where honey is mostly found.

Fishing communities, represented by Mandal and others, told the panel that the government has restricted the number of boat licence certificates to 923, a number fixed in 1973. "There are at least one million fishermen in the Sundarbans delta who depend on the fish catch from the estuarine habitat. The government should either regularise fishing in these areas or issue more boat licences," said Mandal. As of today, more than 10,000 boats are used for fishing in an area of 340 sq km, which is around one fifth of the 1,800 sq km of water area in the Sundarbans. "This has decreased the catch for small fishermen who do not venture out into the sea," he added.