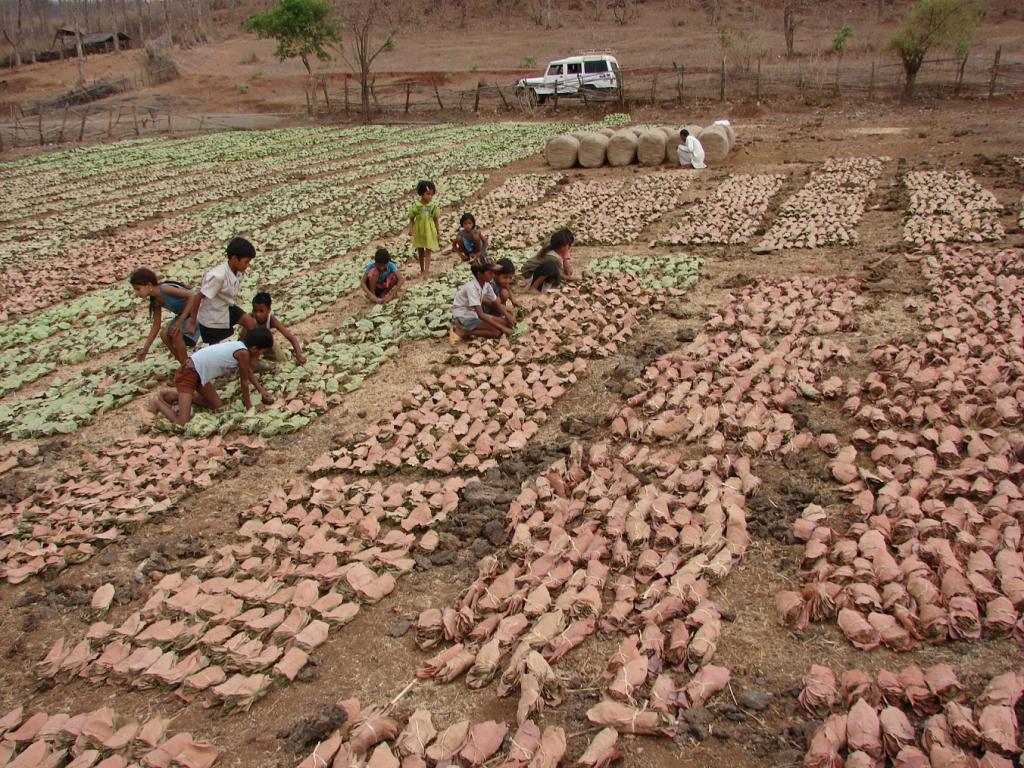 Villagers are now running from pillar to post to get the government to acknowledge that they can indeed sell kendu leaves to all under FRA. Credit: Kumar Sambhav Shrivastava / CSE

In the first week of May, six Gram Sabhas in the Kalahandi district of Odisha decided to exercise their rights of ownership and disposal of one of the most lucrative minor forest produces (MFPs) in the state—kendu leaf (East Indian ebony).

Kendu leaves are a nationalised forest produce in Odisha. This technically means that its trade monopoly lies with authorised state agencies. The state forest department has objected to the Gram Sabha’s decision using this argument. The Gram Sabhas, on the other hand, are contesting that they have the “right of ownership, access to collect, use, and dispose of minor forest produce” under Section 3(1)(c) of the Forest Rights Act (FRA), 2006. Facilitated by a non-profit—Regional Centre for Cooperation and Development—these gram sabhas had received community forest rights over MFPs in 2012.

In Odisha, the Kendu Leaf (KL) wing of the forest department procures the leaves from the local communities and the Odisha Forest Development Corporation sells them to contractors through tenders. The KL wing is currently offering Rs 2.40 for a bundle of 60 leaves. The gram sabhas were approached by a trader from Maharashtra, who agreed to pay Rs 7.50 for a bundle of the same size—which translates into a price hike of more than 200 per cent

Unsurprisingly, the six gram sabhas had made an agreement with the trader to sell 72,000 bundles of kendu leaves for Rs 540,000. Going by the prices offered by the forest department, the Gram Sabhas would have fetched only Rs 172,800 for the same amount of kendu leaves – the difference between the two arrangements being 68 per cent.

The KL wing, on hearing about the agreement, termed it illegal. The buyer has had to return to Maharashtra despite having made an initial payment to the gram sabhas, unsure if the transaction will materialise.

The difference in revenue has not been the single reason for the gram sabhas’ decision to sell their produce to the trader. “The KL wing issues cards to households in a village for the sole purpose of collecting kendu leaves. Not all households receive these cards though. Under FRA, all households can collect and sell this forest produce”, says Sudhansu Deo, a forest rights activist working in the region. “Cards are issued to one member per household, and only the interested households receive them”, say senior officials of the forest administration.

“The payments for collection of kendu and bush cutting to the communities are also often delayed. For instance, bush cutting for kendu leaves was done in February but it is May and the villages have not yet been paid for it. On the other hand, the trader had already paid up Rs 364,000 to the gram sabhas to seal the deal,” Deo continues.

The gram sabhas are now running from pillar to post to get the government to acknowledge that they can indeed sell kendu leaves to all and sundry under FRA. They have met with the district and state officials and received verbal assurances on positive action from them. “We are in talks with the forest department to deregularise kendu leaves in Kalahandi district. The department is yet to issue the notification which will empower gram sabhas to get better remunerative prices,” said Anjan Manik, Kalahandi District Collector. The State Tribal Minister, Ramesh Chandra Manjhi, has also committed to the gram sabhas to deliver a solution by May 18, 2017.

If the forest department does issue the notification, it would not be the first time in the state that kendu leaves would be deregularised. However, the earlier moves were selective and not well rolled out, allege community groups.

For example, in April 2013, just before the harvest season, the state deregulated kendu leaf trade in Nabrangpur district on an experimental basis without providing market linkages to the villages or support price for the MFP.

As the notification came a few days before the harvest season, only one village came forward to trade the kendu leaves but could not find buyers. The village incurred losses, discouraging other villages to take it up in the subsequent years. Locals allege that the choice of Nabrangpur was also strategic as the state did not earn huge revenues from the poor quality kendu leaves in the district and thus, left it to the villagers to sell without any market support.

Malkangiri was the second district where kendu leaves were deregularised in 2014. Known to be affected by left wing extremism, the revenue to the state from kendu leaves in the district was also limited. “The state has deliberately chosen such districts for deregulation of kendu where it has found difficulty in operating due to insurgency, low revenues and other reasons. If the government does want to benefit people, it should deregulate kendu in districts where communities are confidently exercising their forest rights with and without government support,” says Chittaranjan Pani, a researcher who worked with Narigaon Gram Sabha. Kendu leaves form a major part of the state forest department’s revenue with annual turnover exceeding Rs 400 crore. This partly explains the reluctance of the state to relinquish its monopoly over kendu in other districts.

Learning from the Maharashtra experience

Odisha can learn from Maharashtra, which deregularised kendu (known as tendu in the state) leaves and bamboo in the entire state through two notifications issued in 2014 and 2015. The notification states that the gram sabhas can either ask the forest department to carry on the sale of tendu or can manage the sale on its own and ask for support from various government departments. Though the gram sabhas have to deal with challenges of vested interests in their trade time and again, the results have been overwhelmingly positive.

More than 100 gram sabhas are engaged in the kendu leaf trade in the Vidharbha region under FRA. With financial support from the Maharashtra Tribal Development Corporation, the gram sabhas are managing collection centres for kendu leaves. The returns from kendu increased from Rs 2,391 per standard bag in 2013 to Rs 4,710 in 2016. The communities are developing their negotiating skills with traders, leading to their economic empowerment.

Ecologically destructive practices for kendu leaf collection like bush cutting and forest fires have also been banned by these gram sabhas on forestlands recognized under FRA. There is a sense of ownership and responsibility among the forest-dependent communities of the region. Above all, there is the hope of livelihood security.

The Odisha government has to take a decision in Kalahandi before the kendu season is over. When a central legislation recognises the rights of communities to own and sell all kinds of MFPs, it makes sense to deregulate their trade in the entire state, instead of adopting a district-specific approach. Can Odisha set an example like Maharashtra to deregulate the kendu leaf trade with support mechanisms to facilitate private trade beneficial to communities?