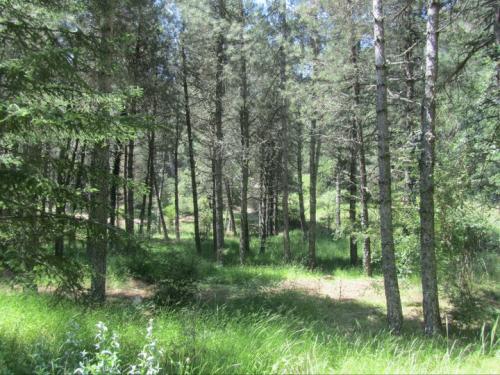 The much-awaited Compensatory Afforestation Fund (CAF) Bill, which will unlock about Rs 42,000 crore for forestry activities in India, has been passed by the Rajya Sabha after much debate. The bill has already been passed by the Lok Sabha in May this year.

After an emotional speech in favour of the bill, Union Minister for Environment, Forest and Climate Change, Anil Madhav Dave assured the house that concerns expressed by parliamentarians through their proposed amendments as well as speeches in the house would be taken care of in the upcoming Compensatory Afforestation Rules to be framed under the Act. On the minister's assurance, all Rajya Sabha members withdrew the amendments that they had proposed for the bill. Dave also mentioned the amount of tentative funds that would be diverted to various states. Later, when the bill was opened for voting, it was passed unanimously by the house. Dave also assured the house that if any deficiencies were found in the proposed law's functioning later on, it would be reviewed after a lapse of one year. The bill will now be sent to President Pranab Mukherjee for it to become an Act.

Before formal voting on the bill and its passage, many Rajya Sabha members including Jairam Ramesh (Congress), D Raja (Communist Party of India), Dileep Kumar Tirkey (Biju Janata Dal), Praful Patel (Nationalist Congress Party) and Digvijay Singh (Congress) gave speeches on the bill's many flaws and shortcomings related to forestry and forest-dependent people issues. Concerns were expressed by Parliament members over the bill’s discordances with the Forest Rights Act (FRA), 2006, poor plantations in compensatory afforestation, lack of livelihood generation, eviction and poor participation of local communities during compensatory afforestation drives, lack of land for afforestation, use of exotic species over native ones, no power for state CAF authorities in the bill, poor performance of the FRA, 2006 and lack of involvement of gram sabhas.

Various agencies including Delhi-based non-profit Centre for Science and Environment (CSE) had reported earlier that the CAF Bill had many other shortcomings. The Parliamentary Standing Committee (PSC) on Science and Technology, Environment and Forests had also noticed many such shortcomings in its 277threport on the CAF Bill in February, 2015. But, the ruling government accepted only selected recommendations from the PSC report in the amended bill and ignored bigger ones such as reducing Central share in the CAFs or prohibiting the use of CAF for the Green India programme.

CSE has analysed that even after enactment of the Forest (Conservation) Act, 1980, which envisaged controlling forest diversions, the government has diverted over 1.3 million hectares of forests till date. The money collected from industries and other agencies has resulted in the accumulation of a massive Rs 42,000 crore which will now be unlocked by the Compensatory Afforestation Fund Act and passed on to various states and union territories of the country for taking up compensatory afforestation and other forest-related activities.

Now that bill has been approved by both houses of Parliament, expectations have been raised on the upcoming Compensatory Afforestation Rules to be framed by the Ministry of Environment, Forest and Climate Change (MoEF&CC) in the coming months.

The massive Rs 42,000 crore corpus lying with the government for carrying out compensatory afforestation and preserving forest wealth, is rising at the rate of Rs 6,000 crore every year and is being seen as a huge opportunity to transform the forestry sector in India. This corpus, combined with 7.5 per cent forest cover-based weight to states for Central fund allocation suggested by the 14th Finance Commission, seems to ensure that finance does not remain an issue any longer in India's forestry sector, which has been lamented by forest authorities and people alike in the past.