Sacred groves not only vary in terms of ecological distribution, but also in terms of property regime, management practice and socio-ecological relevance 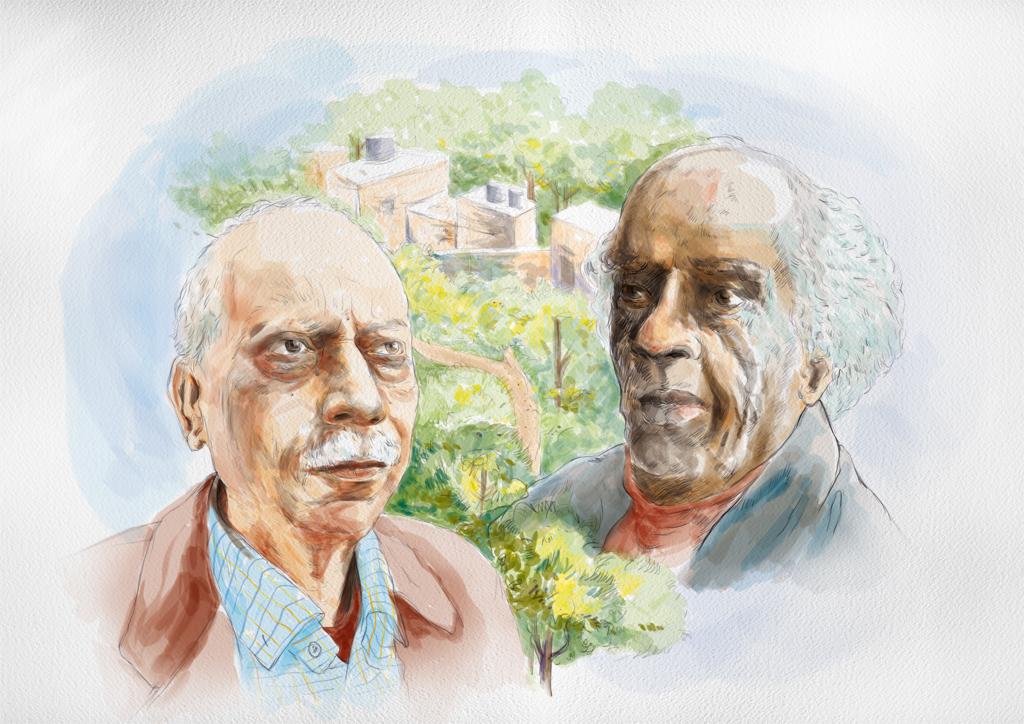 Protecting forests and groves for cultural and religious reasons is an ancient practice worldwide. Scriptures and historical documents provide accounts of rulers, setting aside forests for sages who provide spiritual guidance and disseminate knowledge. An appreciation of such “non-use” values of forests and indirect benefits of biodiversity is thus grounded in the social and cultural fabric of communities.

Though guided by beliefs, taboos and myths, the motive behind this sense of appreciation and protection vary enormously. Communities in Himachal Pradesh believe that worshipping the forest deity would protect them from catastrophes like droughts, floods and earthquakes (see ‘Himalaya’s magical grove’, p25). For Rajasthan’s Bishnoi community, it’s a way of following the 29 tenets of the sect that forbid felling of green trees and hunting (see ‘Vanishing oases’, p40). The Khasis of Meghalaya need undisturbed forests for performing some rites and rituals (see ‘Nature’s timeless abode’, p20), while the Buddhists around Kanchenjunga in Sikkim believe that it is their duty to protect sacred treasures that remain hidden in some forests and will be revealed only to enlightened Lamas (spiritual teachers). In a way, these beliefs reflect the kind and strength of the relation communities share with nature.

Small wonder, sacred groves not only vary in terms of ecological distribution, but also in terms of property regime, management practice and socio-ecological relevance. While most belong to and are revered by individual communities, some like the Hariyali sacred forest of Garhwal and Mawsami sacred forest in the Khasi Hills are valued by a village cluster. Then there are groves with a regional appeal. The list includes Jageshwar Dham in Kumaon, Badri Van in Garhwal, Poongavanam (garden of Sabarimala’s Lord Ayyappan) in the Western Ghats, Amarkantak in Madhya Pradesh and Demojong in Sikkim. Some individual trees like banyan tree (Ficus benghalensis), sacred fig (Ficus religiosa) and neem (Azadirachta indica) are also revered as they often cover as large areas and host as many species as small sacred groves. However, there are species or forests which are considered sacred at one place but not in others. Bamboo thickets, considered sacred in some Northeastern regions, are believed to house “bad spirit” by several communities in the Indo-Gangetic plains. Land ownership rights and management responsibilities may also vary. At places, individual families are responsible for the management of sacred groves, while at others the onus is on communities, trusts or religious endowments. In the Himalayas, certain areas with legal status of forest remain excluded from silvicultural treatment and are left free for people to perform social functions and utilising resources. Waterbodies are an integral part of sacred forests, but they serve different purposes at different places. In Rajasthan, they occupy locations crucial for enhancing watershed functions. In the humid region of the Himalayas and in the Western Ghats, they protect settlements from peak-runoff or flash flood while ensuring sustainable flows in springs and streams supplying drinking and irrigation water.

People’s dependence on sacred groves also vary. Though some communities use deadwood and other non-timber products from the grove, prohibition on damaging or felling a tree, livestock grazing and fire is a common feature of these patches.

They are repositories of life

Possibly, sacred forests occupy not more than 1 per cent of the country’s total forest area, but generate larger ecosystem services as they are present in almost all biogeographic, climatic and agro-ecological regions. Being remnants of primary vegetation or old secondary vegetation, they have high species’ richness, harbour many rare and threatened species and serve as source of propagules. They also act as “keystone structures”—distinct patches in the matrix of degraded ecosystems. Exceptionally large trees, wet or moist microsites and edges or ecotones (transition area between two biomes) of sacred groves create enormous ecological heterogeneity and associated taxonomic and functional diversity over small patches. At places, they serve as corridors between protected areas, sources of seed rain and refugia of both local and regional species in extreme events like droughts and floods. Sacred forests, being huge carbon sinks, are also significant for climate change mitigation and adaptation. Locally revered groves promote community solidarity while the ones famous across a region help enhance social capital through inter-community exchange of knowledge. Recognition of this knowledge could be a cost-effective way of resolving conflicts between communities and conservators. Conservation ethos of communities is reflected from the high levels of biodiversity and ecosystem services in protected areas, which were owned and managed by people until the late 19th century. Though a large number of sacred groves, spanning less than 0.5 hectares (ha), do not qualify as “forest” as per the Food and Agriculture Organization, they have the potential to augment the ecological and socio-economic functions of protected areas and forests.

Reports show widespread loss and degradation of sacred forests in recent decades. They are almost non-existent in much of the Indo-Gengetic plains, distinguished by high population density, agricultural extensification and intensification, urbanisation and industrialisation. Land grabbing is also said to be a major reason for the degradation. But in the absence of any systematic monitoring, it is difficult to say whether there has been any loss or expansion in the number and extent of sacred groves. The Forest Survey of India monitors forest cover using satellite data with a spatial resolution of 23.5 metres and minimum mappable unit of 1 ha, which is not designed to discern sacred forests. These forests are also not treated as separate land use category in village-level census, surveys and in maps generated by the forest department. Thus, we cannot decipher the contribution of sacred forests to the recent increase of 3,775 sq km (1 sq km is 100 ha) of forest area in the country or the loss of 628 sq km area in the Northeast. Worse, data collected by researchers at different points of time and following different methods (mostly visually estimated or reported area values) is leading to erroneous conclusions. An assessment by CPR Environmental Education Centre, a centre of excellence of the Ministry of Environment, Forests and Climate Change shows that there are 10,377 sacred groves across the country. Going by the ministry’s website the number could be as high as 13,270 (see ‘Untrue, insufficient’).

Such conflicting reports show that sacred groves receive little attention despite their socio-cultural and ecological values. First, sacred forests were not treated as a distinct class of forest when all uncultivated lands were notified as forest and wasteland by the colonial regime. This resulted in their inclusion in reserve and protected forests, controlled by the forest department, or in civil forests under the revenue department. Since most sacred forests had cultural and religious relevance, they suffered overexploitation, primarily by outsiders brought through forest contractors after the introduction of organised forestry and commercial utilisation of forest resources. Communities, deprived of political power, remained mute spectators of this onslaught till the 1970s, when the government banned activities of its own agencies, including conversion of forests and felling of green trees in the hills.

Second, integration of isolated communities with the mainstream and transition from subsistence income to market economy impacted their value systems. Use values and tangible benefits of forest started getting more attention than non-use values and intangible benefits, reaching to an extreme of replacement of the original concept of sacredness of the forest by sacredness of idols and icons, and resulting in overexploitation of forest resources and conversion of forest land.

Third, sacred groves owned by families suffered the wrought of fragmentation with disintegration of traditional joint families. Fourth, some policies undermine the importance of forest conservation. These include promoting forest-based goods and services at subsidised price; chemical fertilisers serving the functions of manure generated from forest litter; modern health facilities replacing forest resource-based local healthcare; and supplying drinking and irrigation water from sources other than the traditional ones recharged by forests.

Fifth, the government did launch some programmes to promote community forestry, including restoration of degraded and conservation of intact forests, but the quantum of support has been too low—a family in Kerala receives one-time payment of around R3,000 for maintaining sacred groves in a private dwelling while R30,000/ha is made available for restoration of community forest lands. Besides, traditional forest knowledge and institutional set up are quite efficient in conservation of intact forests meeting subsistence needs but not in restoring degraded forests and generating sustainable income from forest products. There are no effective rewards for voluntary restoration or penalty for forest degradation. Community participation in forest management is getting more recognition in policies but there is little focus on upgrading indigenous knowledge and storage capacity, value addition and marketing of forest products.

Sixth, people are not fully aware of income opportunities from conservation and enhancement of forest carbon stocks provided in the UN Programme on Reducing Emissions from Deforestation and Forest Degradation (UN-REDD).

The UN’s Convention on Biological Diversity, Framework Convention on Climate Change and the Sustainable Development Goals (2015-30) have opened up new opportunities of sustainable socio-economic development through forest conservation and restoration. Harnessing these opportunities requires radical changes in policies. There is a need to replace the short-term (one to three years) project approach of research and treatments by long-term plans in view of the long life of forest trees and slow restoration process of forest cover and ecosystem services.

So far, ecosystem services of sacred forests, such as pollination of crops, control of pests and pathogens, slope stability, recharge of water sources, source of seed rain and climate change mitigation and adaptation, have been expressed only in qualitative terms. There is a need of quantifying these services, valuing them in economic terms and feeding the research output to the people as well as policy-makers to make forest conservation and restoration economically as efficient as other land uses and occupations. Above all, this much-revered-yet-much-neglected landscape should be urgently included in national conservation plans and their management be made an integral component of participatory sustainable cultural landscape and livelihood development programmes. It’s the only way to protect our ecosystem.

K G Saxena is faculty of the School of Environmental Sciences, Jawaharlal Nehru University, New Delhi. He is a fellow of the National Academy of Agricultural Sciences (NAAS), Leadership in Environment and Development (LEAD) and the National Institute of Ecology (NIE), with interests in ecology-natural resource management-sustainable development interphase