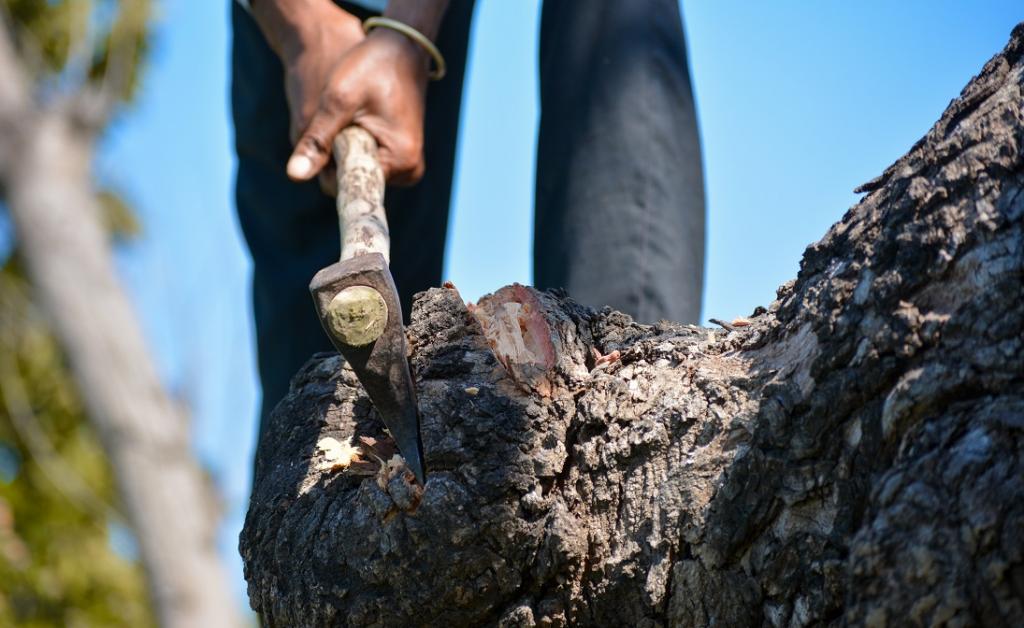 The report, released on day one of the World Forestry Congress, also presented three pathways for achieving green recovery and tackling environmental crises.

The 420 mha of forests have been lost between 1990 and 2020, due to deforestation, though forests cover 4.06 billion ha (31 per cent) of the earth’s geographical area, the report said.

It added that although the rate of deforestation was declining, 10 mha of forests were lost every year between 2015 and 2020.

“Some 47 mha of primary forests were lost between 2000 and 2020. More than 700 mha of forest (18 per cent of total forest area) is in legally established protected areas. Nevertheless, forest biodiversity remains under threat from deforestation and forest degradation,” the report said.

“Unless additional action is taken, an estimated 289 mha of forests would be deforested between 2016 and 2050 in the tropics alone, resulting in the emission of 169 GtCO2e,” it warned.

Globally, ecosystems at risk of deforestation or degradation contain at least 260 Gt of irrecoverable or difficult-to-recover carbon, particularly in peatlands, mangroves, old-growth forests and marshes, the report added.

“There is no time to lose — we need to act now to keep the global temperature increase below 1.5°C, reduce the risk of future pandemics, ensure food security and nutrition for all, eliminate poverty, conserve the planet’s biodiversity and offer young people hope of a better world and a better future for all,” Food and Agriculture Organization director-general, Qu Dongyu, said in his foreword.

Dongyu added that the COVID-19 pandemic had made the eradication of hunger and poverty both, more challenging and more urgent.

SOFO 2022, stated that 15 per cent of 250 emerging infectious diseases have been linked to forests. It further stated that 30 per cent of new diseases, reported since 1960, can be attributed to deforestation and land-use-change.

“Deforestation, particularly in the tropics, has been associated with an increase in infectious diseases such as dengue fever and malaria,” the report said.

It suggested for better and more responsible land-use planning to address the “underlying drivers of disease emergence”.

The report estimated the cost of global strategies to prevent pandemics based on reducing the illegal wildlife trade, avoiding land-use change and increasing surveillance to be $22 billion to $31 billion.

It also stated that approximately 124 million more people fell into extreme poverty after COVID-19 and this may have longer-term impacts on wood-based fuel, as there is evidence of increased wood-based fuel use in some countries during the pandemic.

According to the report, around a billion people in sub-Saharan Africa will keep relying on polluting fuels like charcoal and fuelwood till 2025.

SOFO 2022 further stated that the world population is projected to reach 9.7 billion people by 2050, which will increase competition for land, as the demand for food for this large population will rise by 35 to 56 per cent by the 2050s.

The report suggested three interrelated pathways to achieve green recovery and tackle environmental crises, including climate change and biodiversity loss against the backdrop of the Glasgow Leaders’ Declaration on Forests and Land Use:

It states that according to estimates, restoration of degraded land through afforestation and reforestation could cost-effectively take 0.9 to 1.5 GtCO2e per year out of the atmosphere between 2020 and 2050.

“More than 140 countries have pledged, through the Glasgow Leaders’ Declaration on Forests and Land Use, to eliminate forest loss by 2030 and to support restoration and sustainable forestry. To this end, an additional $19 billion has been allocated to help developing countries achieve these objectives,” said Dongyu.