The lull sets in

Scientists warn that conditions are favourable for another sal borer epidemic. State forest departments are unprepared 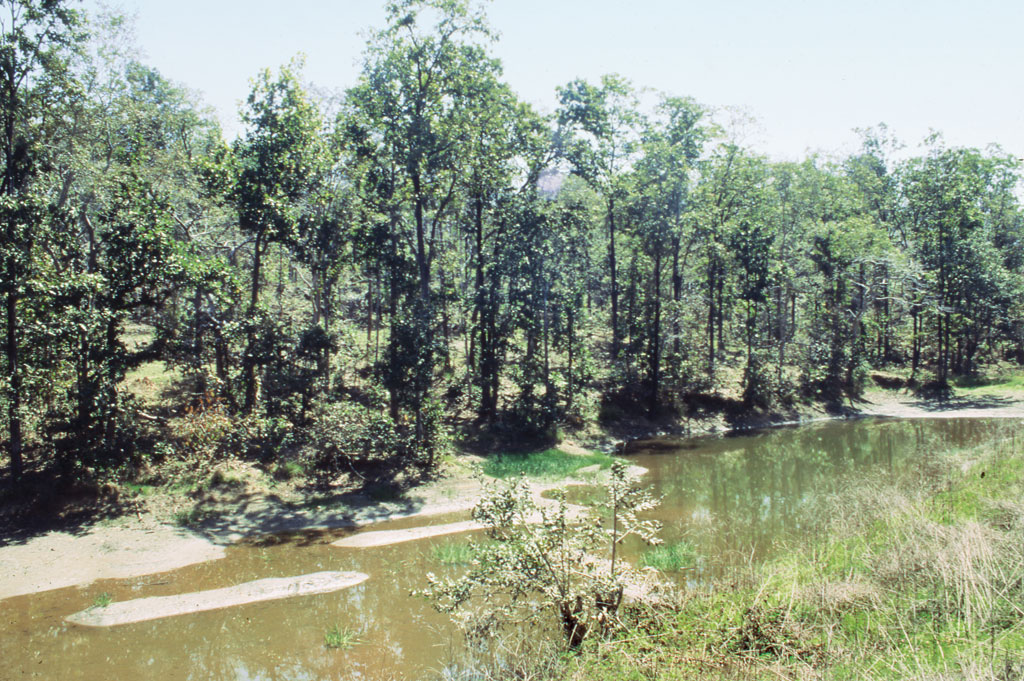 Sal trees constitute about 25 per cent of the forests in the country (Photo: Amit Shankar)

Sal forests, which account for 25 per cent of the forests in India, are under threat. Scientists warn that cases of sal borer infestations are steadily increasing in Madhya Pradesh’s Mandla and Sidhi divisions—the two most affected areas during the last sal borer epidemic in 1996-2001. The last outbreak, which infected more than 200,000 sal (Shorea robusta) trees and caused losses worth Rs 1,200 crore in Madhya Pradesh alone, was the worst sal borer epidemic the country had seen in more than 100 years.

Borers affect sal trees twice in a year. Initially during the monsoons, when borers consume the sal sap and drill inside the bark to lay their larvae and then during December when the hatched larvae drill their way out of the tree. Scientists say forest departments should closely monitor the borer population because a major sal borer onslaught is registered in the country every 20 years.

“Stray cases of sal borer attack happen every year, but a steady increase has been registered in the Mandla and Sidhi divisions of Madhya Pradesh since 2012,” warns N Roy Chowdhury, an entomologist with the government-run Tropical Forest Research Institute (TFRI) in Jabalpur. Scientists say the forests of Uttarakhand, Madhya Pradesh and Chhattisgarh are at a greater risk as they are old with many stressed and aged trees, which are usually vulnerable to these insects. “Stressed and weak sal trees are more prone to sal borer attack,” says Savita, director of the Forest Research Institute (FRI), Dehradun. “Over-aged, weak sal trees that have a girth of 61-150 cm are more prone to the borer attack as compared to young, sound, healthy sal trees,” Roy Chowdhury adds.

Scientists say climatic conditions are favourable for an epidemic in the country. Infestation is generally reported more from the sal forests in central India (Madhya Pradesh, Chhattisgarh, Jharkhand) and Uttarakhand than in the wetter areas of terai and northeastern states (see ‘Eaten hollow’).

In a 2006 paper, Roy Chowdhury found a strong linkage between heavy rainfall and sal borer infestation. Between 1996 and 1998, sal forests that were worst affected witnessed long spells of heavy rains between June and October. “This favoured a congenial temperature and humidity for borer attacks.” He adds that with extreme rainfall events increasing, the emergence of the beetle might speed up. “Forest departments need to stand guard against it,” he says.

Entomologists also found that sal trees close to human habitation, roads or herbivorous population were severely impacted as opposed to the trees deep inside the forests. “Anthropogenic activities such as collection of fuel and fodder (branches, leaf, undergrowth), grazing and developmental activities directly affect the populations of natural enemies of the pest,” says Savita. Scientists at TFRI also found that the regeneration of sal was low in places where the Madhya Pradesh forest department intervened by banning the collection of sal seeds and fencing the sal plantation areas. Sal trees on soil with low nutrition values, especially on plateaus, are more vulnerable.

Close to 20 years after India witnessed its worst sal borer epidemic, most states remain ill-prepared. The attack of sal borer is considered an epidemic when the trees affected by the insect are more than one per cent of the total number. But the forest working plans of Madhya Pradesh, Assam, Chhattisgarh, West Bengal and Odisha have no concrete proposals to monitor and deal with sal borer attacks. Talking about Madhya Pradesh’s most vulnerable Sidhi and Shahdol districts, state chief conservator of forests, Narendra Kumar says, “We still do not have any sufficient data to show that there is a sal borer epidemic-like scenario.”

Only Uttrakhand has provisions to regularly monitor sal borer infestations and has a plan to avoid outbreaks. “The state government started the process of enumerating trees on the basis of the different stages. The working plan for forest management has regulatory measures and policies to curb the menace,” says Uttarakhand’s principal chief conservator of forests S Chandola.

The forest department started using trap-tree method in 2001 to catch the beetles. Trap-tree is the only method to control the insect. In this, an uninfected sal tree with girth of 60-90 cm is felled and cut into logs. These logs are then beaten at the ends to exude sap that attracts sal borers. Normally a borer after consuming sap does not move around and settles down on the log. These logs are then checked twice every day for the trapped beetles, which are then decapitated for couting. Normally one or two trees are used per hectare and the operations should be carried out immediately after the first shower of monsoon and continued till the time no borer is caught for three consecutive days.

The state has made it mandatory for all forest divisions where sal tree grows to regularly use the trap-tree method to check sal borer population. The forest working plan also says that if the volume of infested sal trees in a particular year exceeds twice the prescribed annual yield, prior permission of felling shall be obtained from chief conservator of forests. The state has also roped in the FRI in Dehradun for advice.

Despite the guidelines, Uttarakhand forest officials say that the tap-tree operations have not been conducted since 2006 “due to small size of infestations every year”. Madhya Pradesh has roped in TFRI to monitor the situation. “We recently signed a memorandum of understanding with the forest department of Sidhi district in Madhya Pradesh to check on sal borer infestations and trap-tree operations as a remedial measure. It will not be correct to call it an epidemic yet but the conditions seem to be favourable,” says Roy Chowdhury.

Scientists say regular tree-trap efforts and monitoring are essential to combat another sal borer epidemic. And with the conditions favourable for sal borers, the need for monitoring is more important than ever.