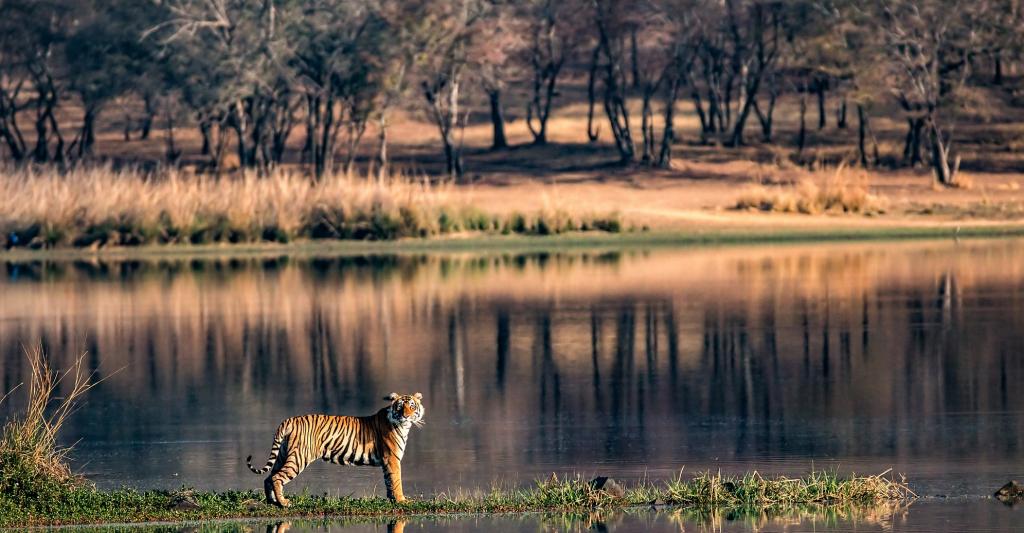 A new study has warned that all may not be well with tiger reserves in the country. It has found that even while they were good at protecting animals, their vegetation condition was far from being satisfactory.

The study, which used open-source satellite data, has reported a drastic decline in vegetation, with extensive drying of forests inside tiger reserves, thus raising question marks on their long-term viability.

Governments declare reserved forests as national parks or wildlife sanctuaries with a focus on one or the other top animal species such as tiger or lion or elephant on the assumption that protecting the flagship species would indirectly help protect the ecosystem as a whole. They invest heavily in resources and financial support to manage protected areas. Tiger reserves particularly get extra attention.

Usually, the effectiveness of managing the protected areas is assessed based on their successful protection of the focus species. In the new study, the researchers decided to tread a different path and sought to ascertain their effectiveness in preserving their vegetation. They selected 25 tiger reserves from across the country and compared the status of vegetation before and after they were declared as protected areas.

The researchers found that the vegetation had declined by more than 50 per cent in 13 tiger reserves and by 25 per cent to 50 per cent in eight reserves, since they were declared as protected areas.

Speaking to India Science Wire, Krithi Karanth of the Centre for Wildlife Studies, a member of the research team, said, “We evaluate how protected areas are performing by typically focusing on the numbers of the animals living there. We need to widen the scope for how we measure effectiveness. The finding of our study strongly argues that there is a need to change the way in which the protected areas of the country are managed”.

Asked whether the findings did not contradict the Indian State of Forest Report 2017, which had reported an increase in forest cover in very dense forest followed by open forest, the researchers said the finding of this study was not directly comparable with that report because there was a difference between forest cover and forest condition.

Lead author, Pradeep S Koulgi, said the findings can be considered as an eye opener as it reveals a blind-spot in generic protected area management approach. “Conservation and management of our protected areas can benefit from continuous scientific and independent evaluations of multiple essential biodiversity and habitat factors,” he said.

The findings of the study have been published in Scientific Reports journal. The research team included Nicholas Clinton of Google Inc besides Pradeep S Koulgi, and Krithi K Karanth. (India Science Wire)