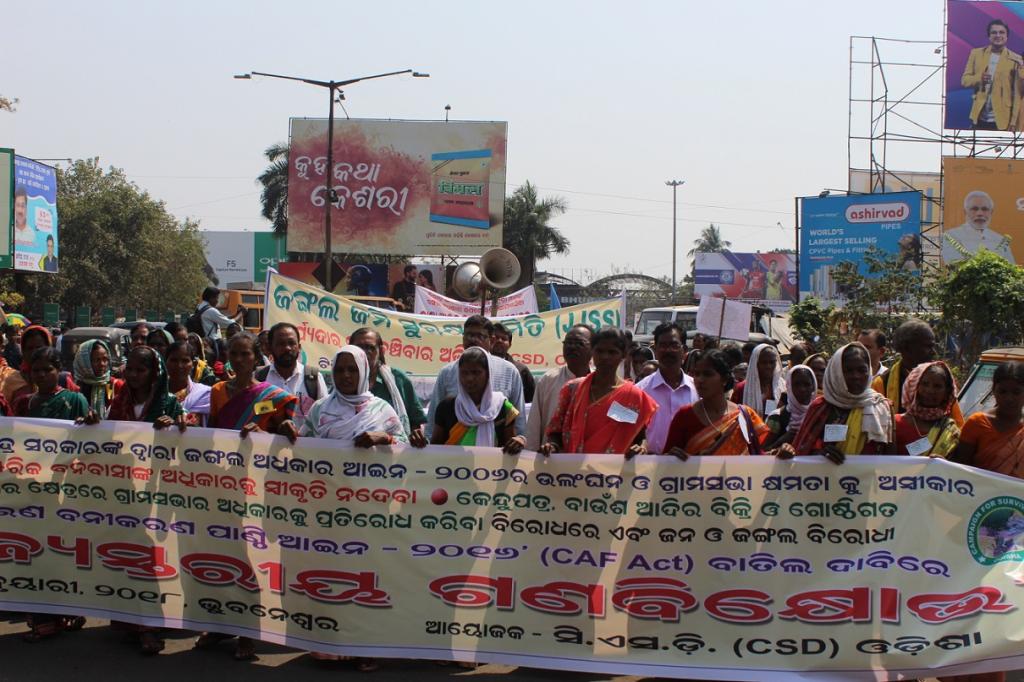 The protest is a way of mobilising public opinion against the draft CAF rules. Credit: Campaign for Survival and Dignity

The draft Compensatory Afforestation Fund Rules, 2018, notified by the Union Ministry of Environment, Forest and Climate Change (MoEF&CC) on February 16, have sparked protests by tribal organisations in Odisha. The protests are due to the fact that the Rules are vague on the role of communities in the compensatory afforestation process.

The Campaign for Survival and Dignity, a national platform of tribal and forest dwellers’ organisations active in ten Indian states in India, organised the protest in Odisha.

“All the activities mentioned under the Rules should be implemented through the Gram Sabha and not the Van Sanrakshan Samiti under Joint Forest Management. Artificial regeneration must not be allowed and provisions should be made by Gram Sabhas to select species. There should be Gram Sabha auditing. Transparency and accountability should be mandatory and the forest department should be answerable to the Gram Sabha,” Chitta Ranjan Pani, a researcher on tribal livelihood said. Talking about the Rules' allocation of 20 per cent of the Fund for “strengthening of the forest and wildlife-related infrastructure and capacity building of the personnel of state forest departments”, Pani said there should be provisions for transparency in the utilisation of this money.

As the draft Rules are in the public domain for comments till March 15, the protest is a way of mobilising public opinion against them.

According to the Rules, managing compensatory afforestation activities will be done, “as per the working plan (and) with participation of local people, (which) shall be taken up in consultation with the Gram Sabha or Van Sanrakshan Samiti or Village Forest Committee (VFC).”

“There is a difference between consultation and consent. Moreover, VFCs aren’t statutory bodies. The Forest Rights Act (FRA) gives rights to the Gram Sabha and this is in violation of that law,” Giri Rao, who works with Vasundhara, a non-profit working on tribal rights in Odisha said.

Rao also points out that the Rules do not take The Provisions of the Panchayats (Extension to Scheduled Areas) Act, 1996 (PESA) into consideration.

“While most number of people affected by compensatory afforestation are in Schedule V areas, governed by the PESA Act, the Rules have nothing to say about the Act,” he said. 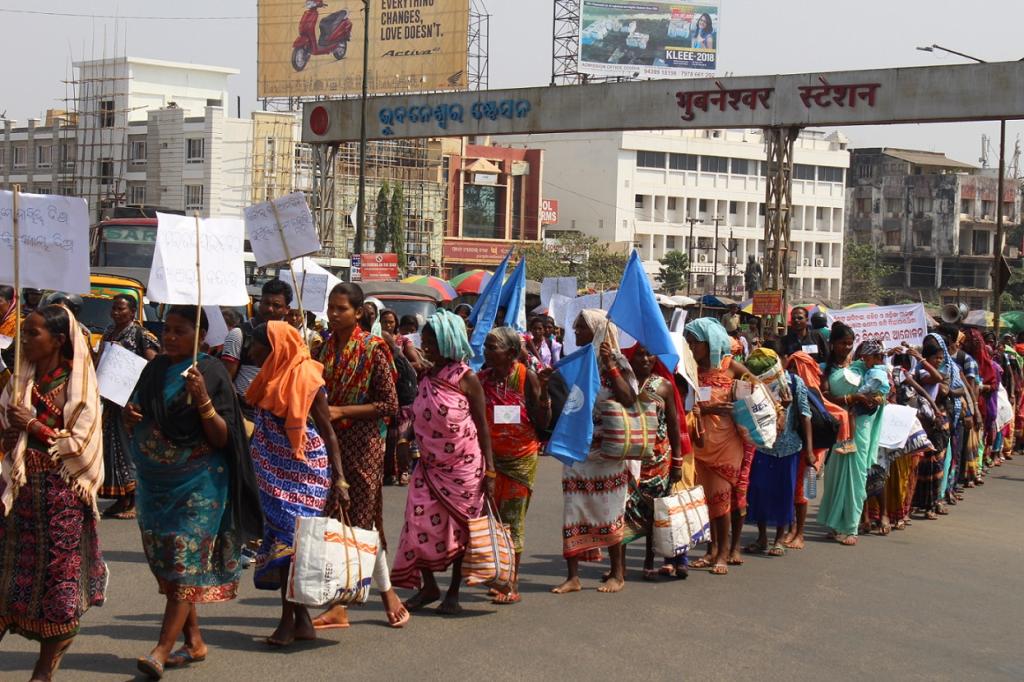 With the Rules, the MoEF&CC has also given a cold shoulder to the Union Ministry of Tribal Affairs (MoTA). The activities allowed under the Rules have kept forest communities at bay. A MoTA directive of April 23, 2015 required CAF funds to be directed for Community Forest Resource (CFR) development, but the Rules do not involve any such provision. The Kanchan Chopra Committee Report of 2006 and the Indian Institute of Forest Management Report of 2014 also talk about Net Present Value component of compensatory afforestation to be used for compensating communities.

Experts say that the rules are framed in a way that shows that the people living in the forests are not a part of forests at all.

“The rules do not talk about compensation when diversion is done on CFR area. In these areas, the CAF should be given to the Gram Sabhas because they have the right over the area’s resources under FRA,” Rao says.

He adds that compensation has happened in Lavari in Gadchirolli district, Maharashtra. On October 28, 2016, the District Level Committee in Gadchirolli, Maharashtra took a decision to compensate villages losing trees of Minor Forest Produce species to a transmission line project.

“Protests are also planned in Chhattisgarh, Maharashtra and Jharkhand before the March 15 deadline,” Rao said.