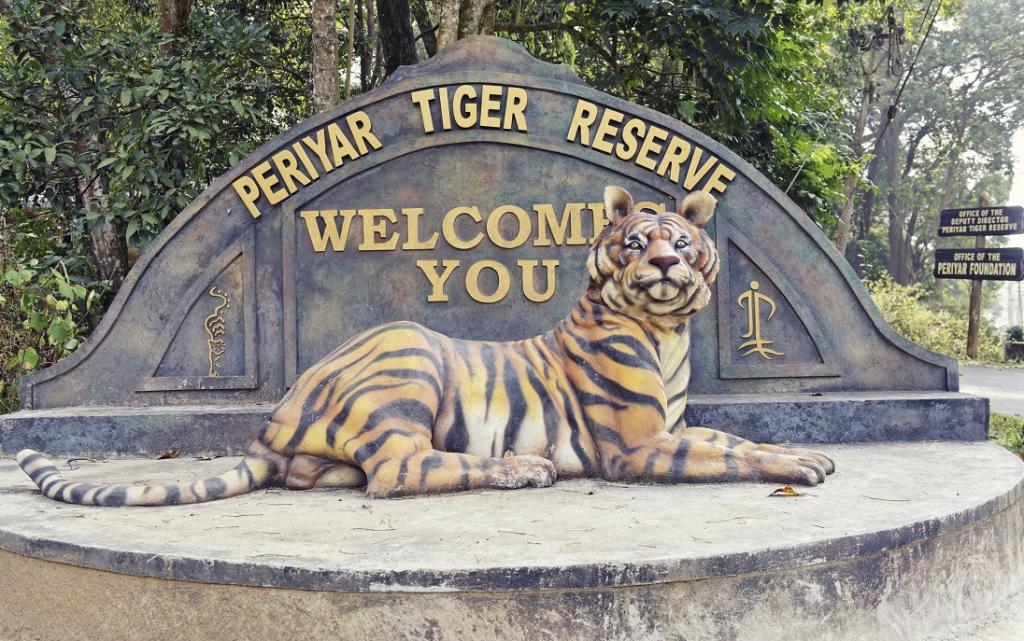 The much-touted airstrip at Sathram near Vandiperiyar in Kerala’s hill district Idukki is likely to affect the wildlife and ecology of Periyar Tiger Reserve, one of India’s most well-protected forest regions.

An official reply given by the Kerala Forest Department to a recent query from the National Tiger Conservation Authority (NTCA) confirms the fear that many environmentalists have already expressed.

The department, in its reply, has confirmed that the airstrip runway is located hardly 600 metres from the boundary of the Periyar Tiger Reserve, which has won global awards several times for setting examples in fool proof conservation.

Once the airstrip becomes operational and flights start landing there, the whole project would turn detrimental to both wildlife and the forest ecosystem, the department said.

Georgi P Mathachan, chief conservator of forest (High Range Circle) confirmed that the land used for constructing the airstrip has the status of forest and it features in the annual Working Plan of the Kottayam Forest Division. He said the forest department has no formal communication regarding the project or its environmental impact.

The department’s reply comes as the state government plans to inaugurate the airstrip March 15, 2022, in the presence of Chief Minister Pinarayi Vijayan. The airstrip has been constructed mainly for use by the National Cadet Corps (NCC).

It has made the district, which is presently sans any air or rail connectivity, upbeat. Environmentally, Idukki is a crucial part of the Western Ghats and it houses some of the well-protected national parks and wildlife sanctuaries apart from the Periyar Tiger Reserve.

However, local member of the legislative assembly Vazhoor Soman has informed that the state government is keen on conducting a trial run of the airstrip March 15 and is not giving any face value to the concerns raised by the department.

“The project is now part of the state government’s 100-days programme and all arrangements are underway for the trial run. There would be a galaxy of prominent people to witness the event, including the chief minister. As the NTCA did not object to the trial run, we will conduct the trial run as scheduled. The district is badly in need of the airstrip, especially during climate emergencies like floods and landslides which occur during monsoons,” he said.

According to him, the government is prioritising the airstrip as the fulfilment of a long-cherished dream of the district and not taking the forest department’s objections seriously.

Meanwhile, environmental activists are demanding a statutory clearance of the National Board for Wildlife (NBWL) and the NTCA for the trial run of the airstrip as it is located within a ten km radius of the tiger reserve.

According to MN Jayachandran, a leading environmental activist in Idukki, the objections raised by the forest department indicate that it will have a devastating impact on wildlife and ecology.

“Work on the airstrip is in the final phase and the holding in which the project comes up is hardly 600 metres away from the boundary of the reserve,” a senior forest department official who preferred anonymity, said.

The private holding purchased by the government for the airstrip was part of the eco-sensitive zone of the reserve, the official added.

“Construction activities and operation of flights would come in conflict with the conservation efforts at the reserve, which are judged best in the country,” the official said.

According to Jayachandran, aircraft operations and hot balloons are prohibited in the eco-sensitive zones of protected areas. Once the airstrip is operational, flights will fly over the reserve, causing discomfort to wild animals. The airstrip is coming up without statutory clearances, so the environmentalists are planning a legal fight against it, said Jayachandran.

Despite stringent rules that mandate environmental impact assessment of all airport and airstrip projects, the state public works department (PWD), which did the construction on behalf of NCC, had not obtained any such assessment.

The PWD has claimed no such assessment or clearance is required, the forest department has pointed out in its letter.

Environmentalists say Periyar is one among the 39 serial sites of the Western Ghats, which Unesco had designated as a World Heritage Site.

According to NCC officials, as many as 1,000 NCC air wing cadets can be trained in flying practice on smaller aircraft at a time at the airstrip constructed in the hillslopes. NCC plans to use its two-seater Virus SW-80 aircraft for training at the initial phase.