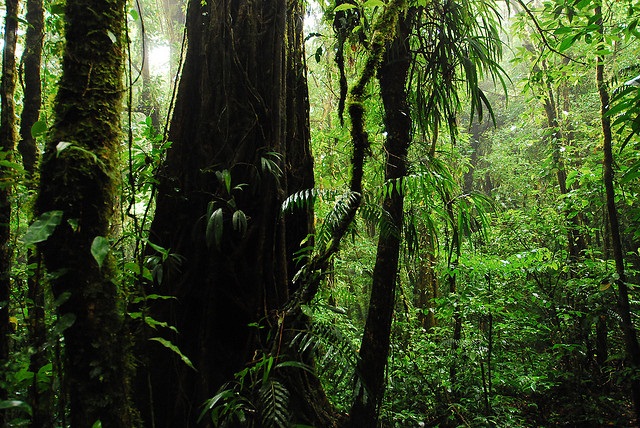 A report warns that loss of vegetation will continue unabated, and by 2050, the world will lose forests equivalent to the size of India, if the present rate of deforestation continues and conservation efforts are not scaled up.

This is bad news for our environment, as loss of extensive forest cover will release more and more carbon dioxide (Co2) in the atmosphere at a time when the world is trying to limit global warming.

In the absence of new forest conservation policies, 289 million hectares of tropical forests will be cleared between 2016 and 2050, the report says.

Tropical forests have always been under threat from logging companies, which destroy vast stretches of virgin forests for timber extraction.

Indiscriminate felling of trees will release 169 gigatons of Co2 in the atmosphere, which is equivalent to one-sixth of the remaining carbon that can be emitted if temperature rise is to be limited below 2°Celsius.

Loss of tropical forest cover totaled 96.6 million hectares from 2001 to 2012 in more than 100 countries. The continents of Asia, Africa and South America bore the maximum loss.

According to the study, the tropical deforestation rate is likely to climb steadily in the 2020s and 2030s and then speed up around 2040, “as areas of high forest cover in Latin America that are currently experiencing little deforestation come under greater threat”.

The study points out that a change in the carbon pricing policy will cut down deforestation rates and help alleviate climate change.

“Our analysis corroborates the conclusions of previous studies that reducing tropical deforestation is a sizable and low-cost option for mitigating climate change,” the study authors write.

“In contrast to previous studies, we project that the amount of emissions that can be avoided at low-cost by reducing tropical deforestation will increase rather than decrease in future decades.”

The encouraging sign is that 89 per cent of potential low-cost emission reductions are located in 47 tropical countries and they intend to reduce emissions from deforestation.

Another way to reduce carbon release is to control their emissions from peatlands. Peatlands are marshy lands made up of dead and decaying plant matter. They store large amounts of carbon. Globally, an estimated 400 million hectares of land are classified as peatlands which amounts to three per cent of the Earth’s total land surface.

Forests act as major carbon sinks, but for some forests, this particular role may be changing. A study published in the journal, Nature, has studied the historical evolution of the biomass dynamics of the Amazon rainforest over three decades.

However, it also analysed the “long-term decline of the Amazon carbon sink,” which could be occurring due to changes in climate.