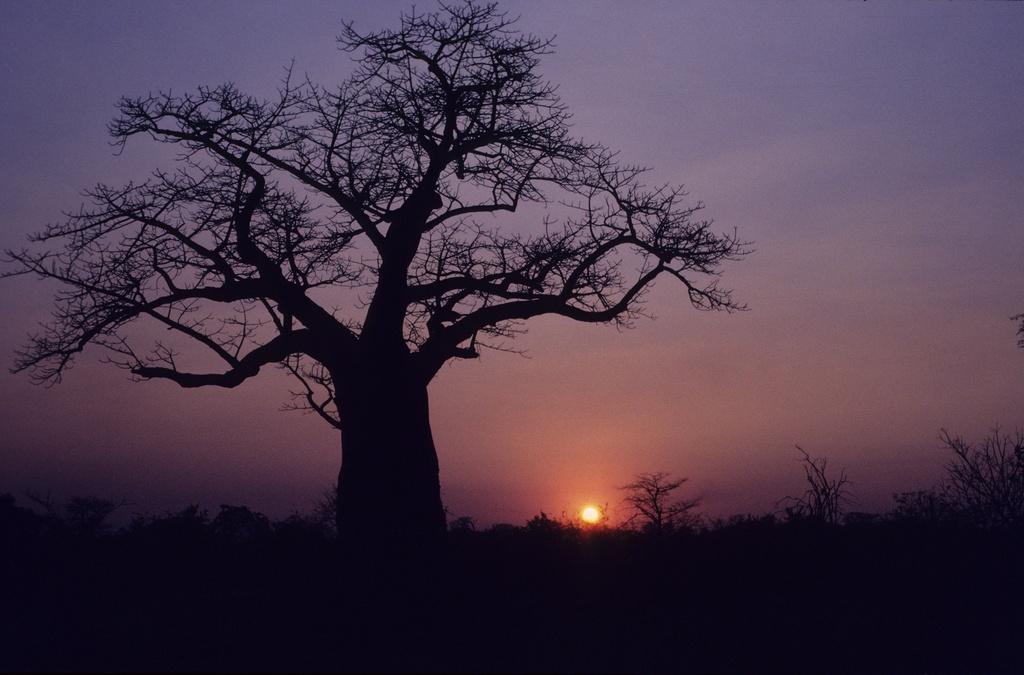 A Baobab tree silhouetted against the setting sun in Botswana Credit: Flickr

Baobab trees in eastern Zimbabwe are dying due to a mysterious disease, creating a food security crisis in the drought-stricken country, international news agency Reuters has reported.

The giant Baobab tree has long been revered as a way to survive drought in this part of Southern Africa. Families cook and eat the leaves as a vegetable. The fruits can been eaten raw or cooked into porridge. Baobab seeds substitute for coffee. And the bark fibre can be woven into mats.

However, at a press briefing in May, a senior official with the National Museums and Monuments of Zimbabwe, Paul Mupira, told journalists that baobab trees were dying in large numbers.

He said there was also a lack of young trees growing to replace those dying, in part because people were collecting baobab seeds for food.

"Animals are eating the young plants," he was quoted by Reuters as saying. "People eat the small plants too as vegetables."

The affected areas lie in the Chimanimani, Chipinge, Buhera and Mutare districts.

Environmentalists suspect a disease is attacking baobabs, particularly those that have had part of their bark harvested.

“Initially, the disease attacked damaged trees but it's spreading to other trees. And the disease is spreading very fast," warned Lawrence Nyagwande, who heads Environment Africa, a non-governmental organisation in Zimbabwe's Manicaland province.

He said there was little research available on what is causing the disease - suspected to be caused by one or more fungus species - or how to stop it from spreading.

Experts suspect that the fungus which may be attacking the trees takes hold after a tree is damaged by having bark removed. Extended drought may also be stressing the trees, reducing their ability to withstand the fungus or recover from bark harvesting.

"Normally it takes six months or more for trees to recover after the barks have been removed for mats," said Clive Kapfumvuti, a local village resident told Reuters. "And during this recovery time trees are susceptible to the disease".

With Zimbabwe struggling with a devastating El Nino-induced drought, which has decimated more than half of the country's food crops, many people in drought-hit areas of the east are now depending on baobabs for survival.

According to government officials, at least 4.5 million people are food insecure in Zimbabwe as a result of the drought. The country is seeking up to $1.6 billion in aid to feed those unable to grow crops.

But with the mysterious disease affecting the baobab trees, residents could in trouble in terms of both, food and livelihood.

Nyagwande, of Environment Africa, said villagers in the affected areas were being encouraged to plant more baobab trees to reverse the decline.

"Unless something is done as matter of urgency, baobabs face extinction," he predicted.