Second incident in a month; authorities say nothing to panic because radiation is a way of life 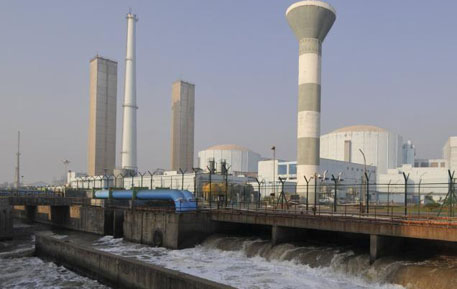 Barely a month after two workers were exposed to nuclear radiation at a power plant operated by the Nuclear Power Corporation of India Limited (NPCIL) in Rawatbhata area of Kota district in Rajasthan, four more workers faced a similar hazard last week. But officials have rubbished the panic caused by the incident saying “exposure to radiation is normal and is a way of life”.

The incident happened on July 19, however, it was only on July 23 that NPCIL confirmed the exposure.

“The incident happened when four workers were repairing a reactor at unit number four which reported heavy water leakage. The uptake of tritium (exposure) occurred within the containment area of the nuclear power plant. The exposure is within the investigation limit (4 becqueral mg per litre) set by Atomic Energy Regulation Board (AERB),” says T Chanda, spokesperson for the power plant.

“A lot of people panicked when they learnt about the incident, but this is very normal. Radiation from X ray machines, encephalogram and aeroplanes are much more than such exposures. There is nothing to worry about. Radiation is a way of life as the sun radiates energy,” says Jhamp.

Earlier on June 23, two contractual workers were exposed to tritium during maintenance at unit number five. The level of the radioactive material in the reactor increased inadvertently when the moderator cover was opened to perform welding work.

Later, during the tests, it was found that the two were exposed to radiation beyond the investigation limits. While the final report by AERB on the previous exposure is still awaited, officials in the plant considered the incident as normal.

The nuclear power plant started in 1973 with six pressurised heavy water reactors; the fourth unit turned critical in November 2000 with a capacity of 220 MW. The fifth and sixth unit became functional in 2010. According to NPCIL, two more reactors are now under construction in the plant, which would generate 1,400 MW of electricity.

Officials add that unit number four has been shut down for a day. “We are hoping to bring the reactor back in sync with other reactors within a day,” adds Chanda.